When narrowing down prospective vehicles for purchasing, finding out how long they will last your family is an important component. Should you be considering the GMC Acadia and want to know how long you can expect it to stay on the road, we can help you. We researched this popular vehicle from multiple professional sources so that you'll have a definitive answer.

On average, you can expect the GMC Acadia to last 200,000 miles. At a rate of 20,000 road miles per year, this would last an average of 10 years. To meet this milestone, you'll need to ensure that you:

Now that we know how long you can expect your GMC Acadia to last, we'll take a look at ways in which you can get the most road miles out of this vehicle. You might also wonder what problems the Acadia is known to have or a better option than the Traverse. For the answers to these questions and more, read ahead in this post to see what we've uncovered in our research. 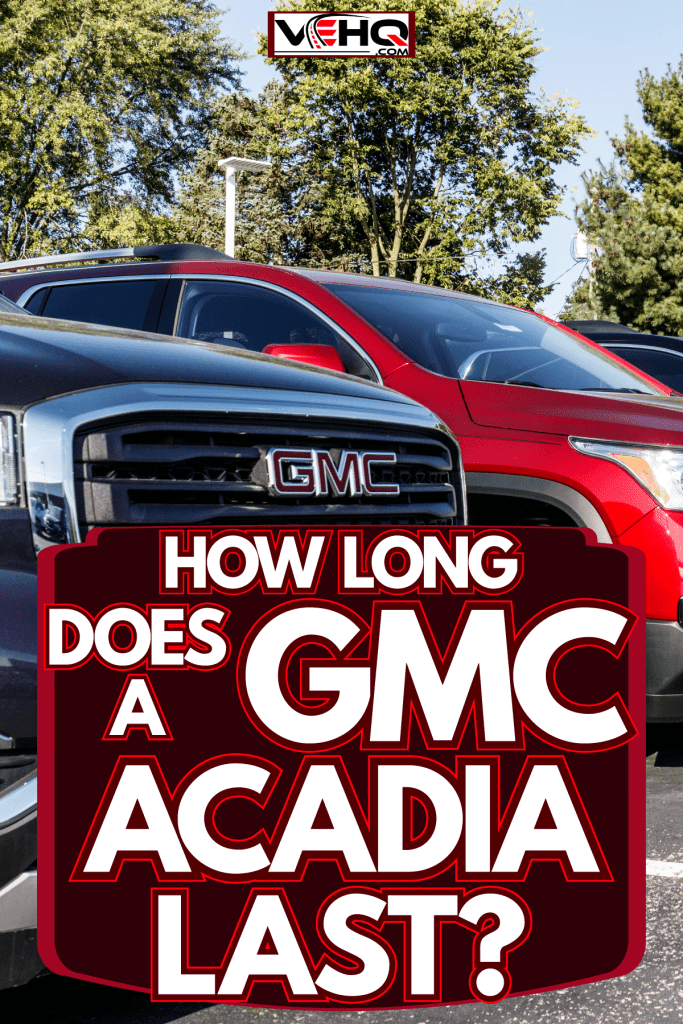 Getting the most mileage out of the GMC Acadia

Having a reliable vehicle that you can count on won't be as likely if you don't take care of it. Here, we'll go over a few great tips that will help get your Acadia above and beyond those mileage milestones.

You'll need to see all of its maintenance through to hit those high mileage milestones no matter how well built a vehicle is. The maintenance that should be performed and at what intervals is located in the owner's manual. Getting routine maintenance performed is the key to getting the most life out of your Acadia.

Along with routine oil and oil filter changes, you should be regularly rotating your tire, getting your air and fuel filters inspected and replaced, and having fluids measured and topped off. Transmissions, exhaust, timing chains, and other parts should be routinely inspected to ensure they are working correctly.

How you drive your vehicle will also impact how long it will last. Drive with care and with a purpose in mind. Avoid rapid accelerating and braking whenever possible. Don't speed, and follow all other traffic laws.

Take care of issues as soon as possible

No matter how well a vehicle is maintained, it will have some mechanical problems from time to time that needs to be addressed. The key here is to take care of any issues as soon as you notice them. Don't put them off, or you run the risk of making a minor issue develop into a full-fledged crisis.

If you notice noises, vibrations, or smells that are out of the ordinary, it could be a sign that a part is failing. As soon as possible, get your vehicle into the dealership or to a trusted mechanic so that it can be examined.

Is the GMC Acadia a reliable vehicle?

Reliability is a crucial concern for most auto consumers. After all, what good is it to have an engine and body that can last hundreds of thousands of miles if you constantly have unexpected and costly repairs along the way? Fortunately, the Acadia is a fairly reliable vehicle.

While it is rated at 23 out of 26 against others in its same class, the Acadia scores an average of 3.0 out of 5.0 for reliability by Repair Pal. On average, they estimate that the average Acadia owner will need to have their vehicle into a repair shop .4 times per year. Annually, you can expect repair costs to be $734.

As average mid-sized SUV costs close to $600 per year, the Acadia is about as close to the average here as you can get.

What problems does the GMC Acadia have?

Even the most reputable vehicle lines will experience problems over time, and the Acadia is no different. While most of the issues we'll list in this post aren't severe or widespread, they will help you know what to expect should you consider purchasing one for yourself.

Drivers of the 2017 Acadia might have noticed a "shift to park" message that would appear on the dash after the vehicle had already been shifted into that position. Many consumers complained that this light would continue to stay on, even draining their batteries of power. The problem was so widespread that a class-action lawsuit was filed against the automaker, claiming that the issue would affect more than just the battery.

The suit claimed that an overall shift defect impacted how well the vehicle could be parked, citing instances where it would move even after it was placed into the "park" position on the shifter. In response, GMC issued a technical bulletin in which they instructed consumers on how to mitigate the issue. They outlined how to install an in-line shifter wire harness adjuster, fixing the problem. 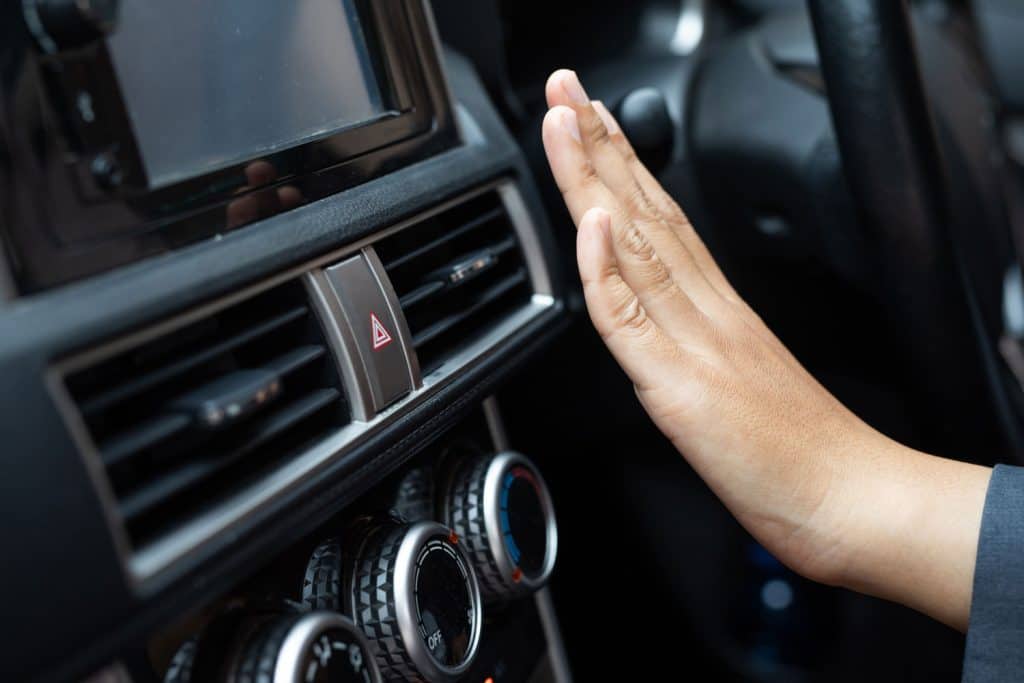 The air conditioning would experience intermittent delays and sometimes quit working altogether in the 2012 and 2014 models. The cause was an evaporator leak, which out of pocket cost consumers around $700 to remedy.

The airbag service light would illuminate off and on in some 2012 models. This would happen for no reason at all. GMC issued a recall in 2014 for impacted vehicles, which topped over 1 million.

Fluid leaking created some power steering complications for drivers of the 2010 models. This made the vehicle harder to turn, especially while parking.

Another issue with some older model Acadia is engines that suddenly lose power. This impacted the 2008, 2010, and 2011 model years, having consumers complain about their vehicle stalling.

Yet another issue with older model Acadia concerns the timing chain. While this vital part should last well over 100,000 miles, many consumers reported that the timing chains on their 2010 models were failing at around 85,000 miles. 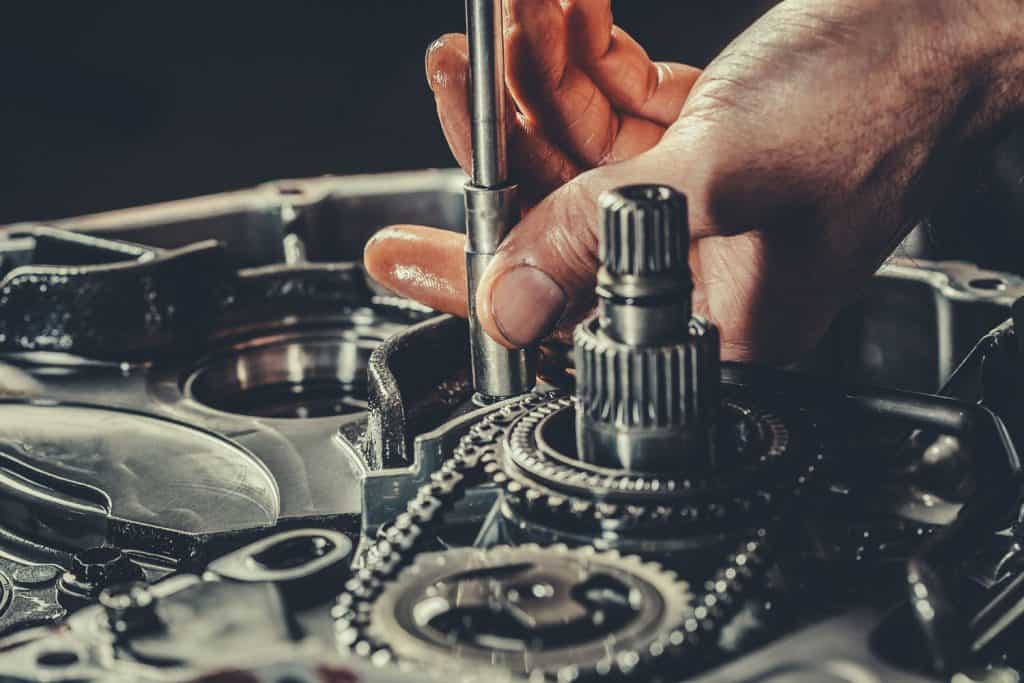 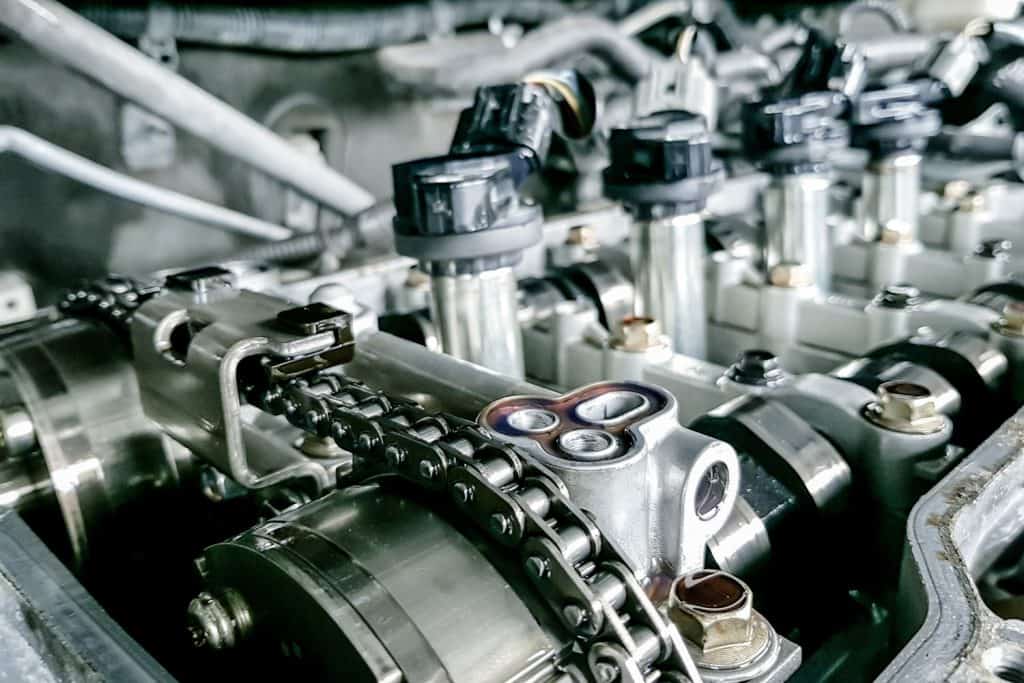 What's the worst year for the GMC Acadia?

No matter how reliable a vehicle is, there is always a model year or two that stands out as having more than their fair share of issues. The GMC Acadia is no exception here. With the production of these vehicles going back to 2007, there are more than a dozen model years to analyze to know the ones you might avoid.

The 2008 Acadia is the model year that had the most significant issues. While other model years might have had a higher number of problems, they typically were not substantial as the ones in 2008. The primary concern with this year of Acadia is the transmission.

Even with routine servicing, many consumers had their transmissions in the 2008 Acadias fail, resulting in a costly total rebuild. When this happens out of warranty, it could cost upwards of $4,000 to get you back on the road.

Is the GMC Acadia being discontinued?

Rumors circulated in 2017 about the future of the Acadia. GMC began producing the Enclave and Traverse, which took a lot of attention away from an Acadia that needed revamping. Some consumers were speculating whether or not the Acadia would have any more production years.

The rumors subsided when GMC announced they were only getting rid of the Limited trim level. This was to free up production for both the Enclave and the Traverse.

GMC announced some changes to the Acadia recently, as well. The 2022 production models no longer offer the SL as a base trim level, making the SLE the new base. 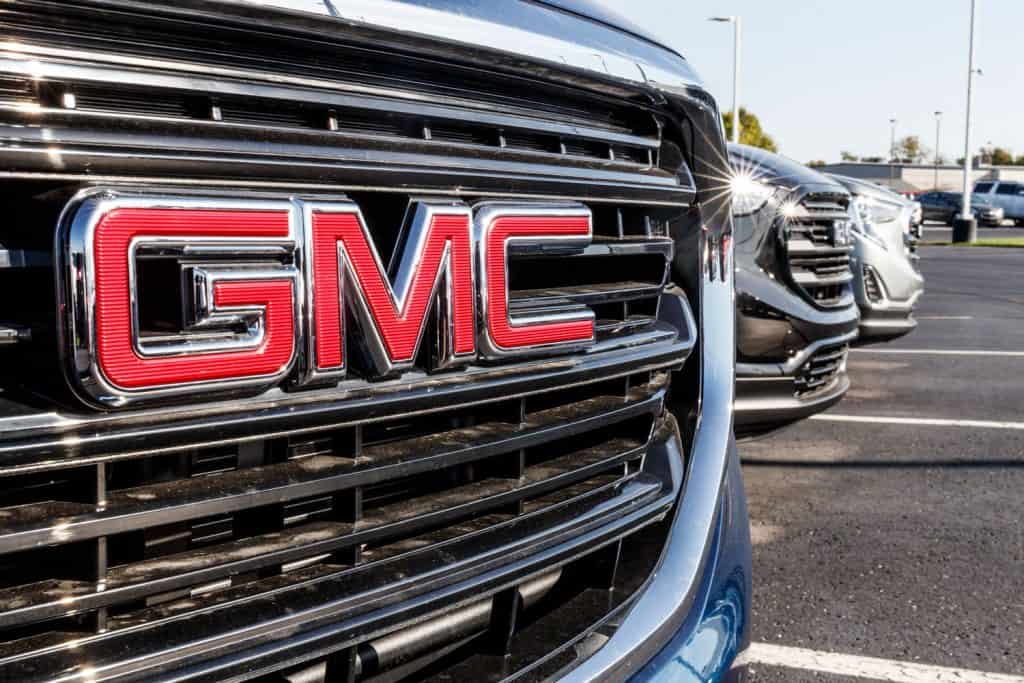 Which is better, Acadia or Traverse?

The Acadia's size makes it a lot easier to park, and it has better crash test results than the Traverse. But the Traverse boasts of a more comfortable ride, particularly in its third-row seating. It handles better on the highway than the Acadia and has more storage capacity.

Overall, which vehicle is better will depend on what you're looking for. If you want a reliable vehicle with a ton of storage room and a more comfortable ride, then the Traverse might be up your alley. But if a better crash test safety rating, better fuel economy, and ease of parking are more what you want out of a mid-sized SUV, then you'll want to at least consider the Acadia. 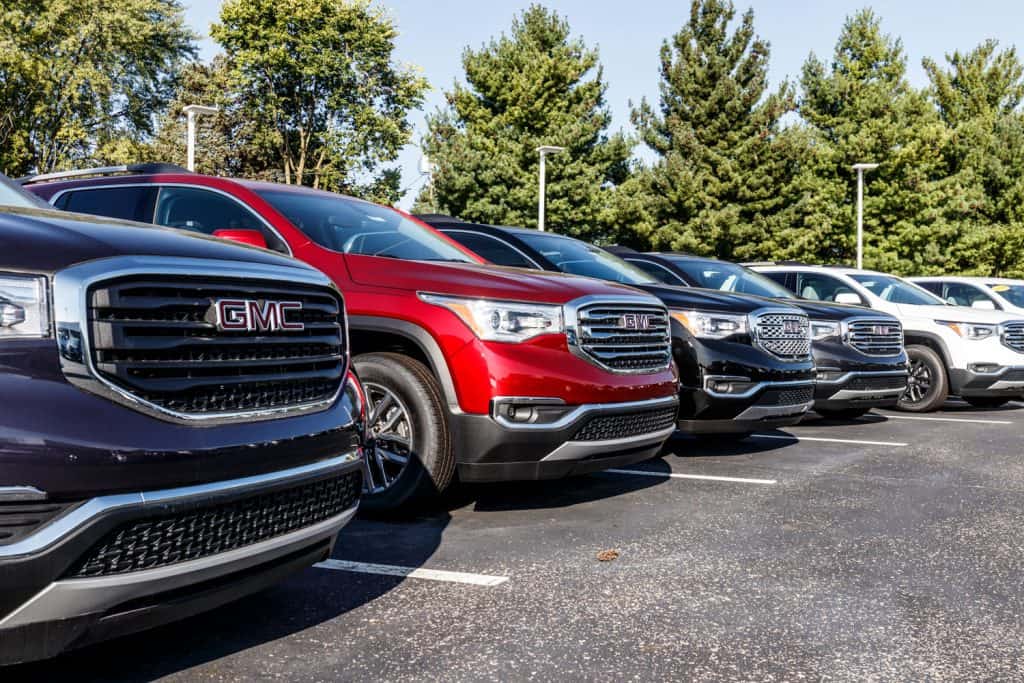 You can expect a GMC Acadia to last upwards of 200,000 miles with proper care and maintenance. This mid-sized SUV has an average reliability rating and average annual repair costs compared to others in its class. While not as roomy as the Traverse, many consumers prefer the Acadia due to its good fuel economy and high safety ratings. Drive safe!

If you found this post on the GMC Acadia to be helpful, we believe that you'll enjoy reading the following posts about this popular automaker:

What Is The Gas Mileage Of A GMC Savana? [By Year And Model]

Why Do Cars Need Oil? [and What Happens If You Don't Change Oil]