Infotainment systems, electronic cabin features, wireless chargers, and mobile hotspots have all been on the rise with automobile sales over the last three years at least. With remote workplaces becoming all the more important in recent months, this is more true than ever. Having been launched with resounding applause from buyers and critics alike, the technology-laden Nissan Titan was launched in 2019.

The Nissan Titan is well known to be a tough, reliable, and capable truck that is as good at the worksite as it is around town, campground- or anywhere else you want it to take you. It is well within the top five of the year’s favorite new trucks among fans and industry professionals alike, and with its rather bracing mixture of heavy-duty power, style, and information technology, the Titan has something for everyone. It has rapidly earned a reputation for being chock full of high tech safety features, driver aid systems, and of course its infotainment system compatibility. 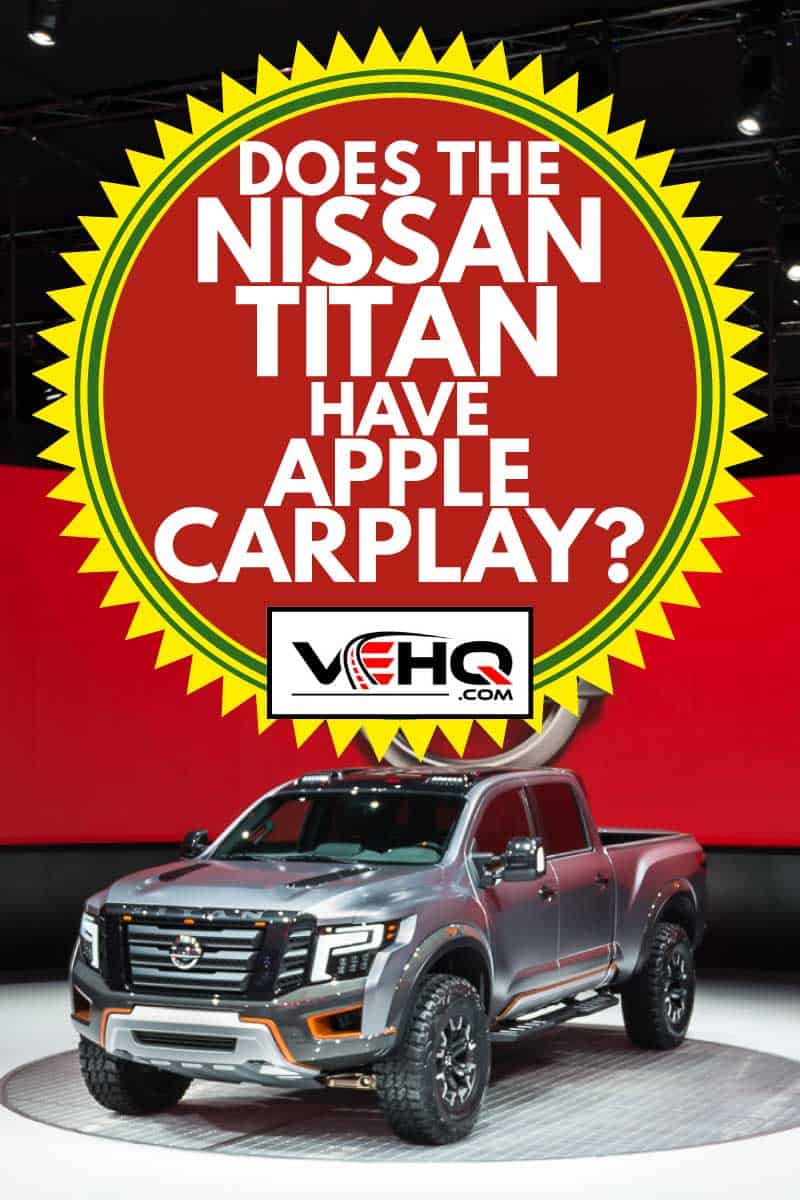 Does the Nissan Titan Have Apple Carplay?

For those of you, who are new to the Infotainment system game, or new to Apple Carplay, we’ll help get you up to speed.

Everything You Should Know About Infotainment

Today’s infotainment systems can interconnect with all of the smart systems in a vehicle like V2X connectivity solutions, ADAS systems, telematics, and more. They can communicate and pair with your smartphone, tablet, laptop, and more. Often, vehicles that are rich in such systems will also offer you the ability to charge devices in the vehicle. All this lets you turn your car or truck into a mobile office or a mobile entertainment system.

Some common and advanced features you get with a good infotainment system include:

Once thought to be the stuff of science fiction, HUDs are now a very real part of everyday automotive tech. These systems display real-time information onto a transparent screen that is integrated with the windshield. They display current speed, location information, and more, all without requiring the driver to take his eyes off the road.

An IHU is a device with a touch screen like a tablet computer which acts as a complete control center for all of the vehicle’s integrated electronic and digital systems.

Powered by advanced automotive processors, these devices make it possible for the infotainment system to display content on more than one display. Think of it as a wireless, mobile support system for multiple monitors and terminals.

NPS like LVDS and CAN are interconnected using one or another type of protocol. The kind you will use can depend on your preference and system compatibility.

Like any contemporary computer system, a car infotainment system needs an operating system such as Mac, Linux, or Windows to run its software through and organize features in a user-friendly way.

Gesture recognition, proximity detectors, camera sensors, and other such systems can easily be integrated with an infotainment system to provide readily accessible alerts, data, and more.

Wi-Fi, Bluetooth, and other connectivity systems are commonplace and make integrating devices with your system quite easy.

A DIC can be displayed in a heads up display or on a screen. It will effectively simulate the gages drivers are familiar with and display them in a more heads-up friendly manner, or wherever you wish if piped through a tablet.

As you can see, an infotainment system is good for a heck of a lot more than just listening to music, podcasts, or binging on your favorite Netflix series during your lunch break. These massively useful systems can give you a wealth of useful real-time information. Of course, like any advanced computer system, you will need to pick one that’s compatible with the systems your vehicle offers. The best way to get the most out of your infotainment system is to know it through and through. Since we’ve already established that Apple Carplay is potentially your infotainment system of choice, we’re going to cover it in full.

Your Guide to Apple Carplay 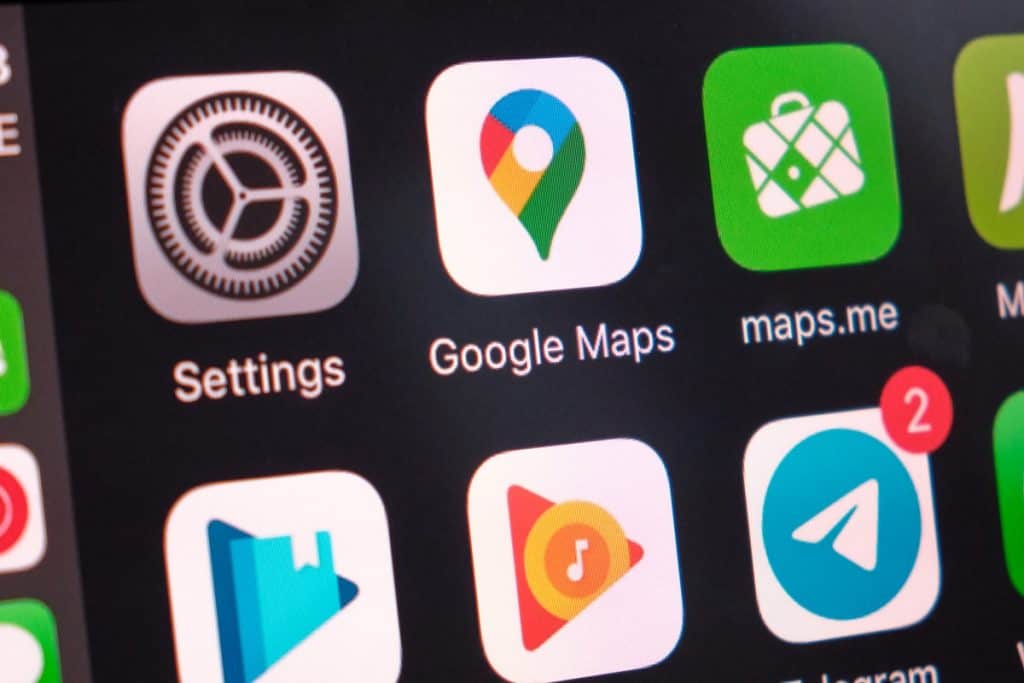 It has long been the case that people choose cars for their looks, for their available engine types, and safety features. Now, people also choose based on the available infotainment system.

Among infotainment systems, Apple Carplay is one of the most feature-rich, robust, and capable. It can do everything your iPhone can do, and probably much more. For the average user, the standard attractions such as music, video, and audio streaming are available in ample proportion. You’ll have access to apps, the ability to make calls, and access the internet- all within the comfort of your vehicle, be it a Nissan Titan or not.

The Apple computer company calls Carplay the ultimate copilot. For drivers, in addition to having access to everything your phone can do, you will get robust directions via the system. Like many other Apple products, Carplay gives you a seamless user experience with the same big icons and the friendly functionality you’ve come to expect.

The majority of Carplay’s features can be accessed through the Siri digital assistant. This gives drivers a real Star Trek-like feeling, with the ability to access so many features and information simply by asking for it aloud.

There are a number of 3rd party apps that are designed to work optimally with Carplay such as iHeartRadio, Pandora, Spotify, Waze, and more. But, if you’re worried about Apple’s tendency to restrict access to software and content to the Apple platform, we have refreshing news. Carplay actually supports a number of software products created by Apple’s rival company, Google. These include Google Maps, and Google Play Music, among others.

The compatibility with Google Maps is an especially welcome feature. The fact is that Google Maps is still the premiere digital global atlas preferred by almost everyone. Apple, infamously, came out with its own navigation map database called Apple Maps- and it has always been a disaster. Apple Maps is hard to use and very buggy. So, letting Carplay users gain access to Google Maps was a smart move on the part of the company.

We can only imagine that Apple was under significant pressure to let users access Google Maps. It makes terrific sense that if you invest in a technology-rich platform like a Nissan Titan that you would not be content to be relegated to the third-best digital map program on the market.

So that’s a good thing, but Apple will still try to get you to stick to Apple products when you use Carplay. The way it does this is by making settings, climate control, the radio dial, and other basic features inaccessible while using Google Maps. That means you’ll have to leave things the way they are when you are using Google Maps to find your destination and quit Google Maps to make changes.

In the automotive world, nothing is perfect. While giving Titan drivers access to Apple Carplay is a great way to add welcome functionality to this award-winning Nissan truck platform, Carplay fans will not be surprised by its compatibility limitations. At the end of the day, it’s a great partnership, and it is a perfect match for the rugged, stylish, and tech-heavy Nissan Titan.