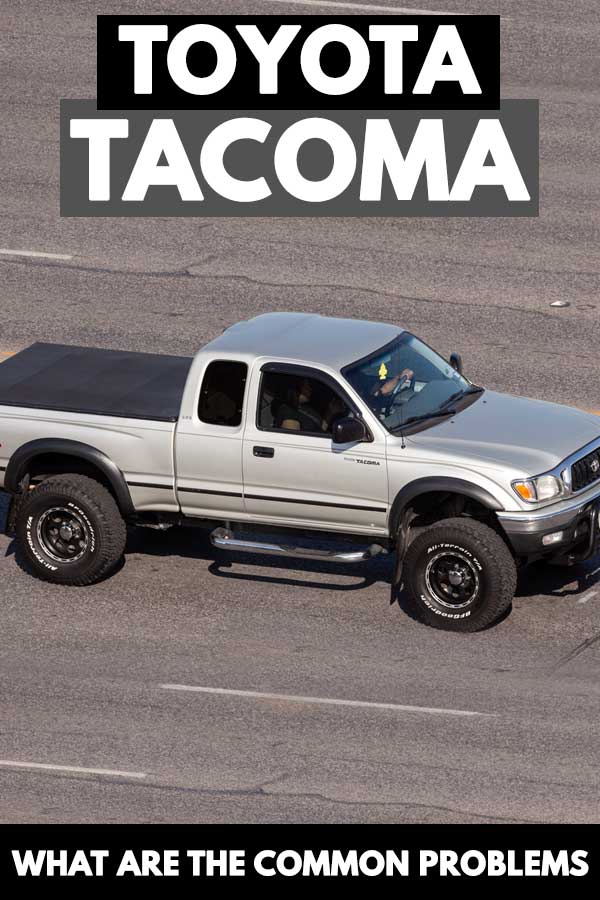 People love Toyotas for their reliability, and the Toyota Tacoma is no exception. It has a high payload capacity, and is very reliable and comfortable to drive, and has a good resale value. Just like any vehicle, it also comes with a set of typical problems.

That isn't to say that you're going to encounter them if you buy a Tacoma. Most of these trucks will work just fine, as long as they are well-maintained. However, if you're buying a used truck, it's worth knowing what recalls and typical issues have taken place over the place.

Of the problems that you are going to experience with the Toyota Tacoma, the engine is the most common source of issues, and then the suspension, and this is followed in third place by the electrics. As you move closer to the newer models these issues are less and less prevalent though. Most of the issues are easily solved and fairly inexpensive.

We are going to look more closely at how these issues break down, how common they are, and how likely you are to have to worry about them. Also, we are going to explore the reputation of the Toyota Tacoma, and what it is built on. All with the aim of helping you make a decision if you have been on the fence about buying a Tacoma.

Most recalls from any auto manufacturer are done in coordination with the National Highway Traffic Safety Authority, and they are in regards to an issue with your vehicle that could actually pose a threat of injury to you or your passengers, and the aim is to handle it before an accident occurs.

They are not issued lightly and you should respond to them.

A lot of times when a recall is issued they will provide you with exact instructions. It is most often going to involve taking your vehicle to the dealer or a qualified mechanic, and getting them to either replace the part or perform a diagnostic on it to make sure whether you have the issue or not. It can help to take the notification along with you as it will handle any confusion that you may encounter. If you still have problems you can reach out to the manufacturer or the NHSTA directly.

What Is The Cost?

How Long Do I Have?

The NHSTA says that there is a time limit of 10 years from the date of purchase to replace parts, but it is unlikely you will have been driving OK for 10 years past the issue with your vehicle affected. The best thing to operate with is that by acting swiftly you will ensure that you, your passengers, and everyone else on the road is going to be safer.

A technical bulletin is usually a non-essential repair that can be carried out. Or it is something that some owners are reporting, but there have not been enough numbers for it to qualify as a recall. It can off course be escalated to a recall, so it is important to be aware of it. A repair that is mentioned in a bulletin is usually going to be voluntary compliance, and therefore, unless it is covered under your warranty, or a special limited warranty that the manufacturers might issue, you are going to have to cover the cost.

Solution: Toyota will tighten fastening nuts or replace them and the gasket, and rear differential carrier assembly if necessary.

Problem: Throttle position sensor out of alignment due to wear or carbon build up.

Problem: Idle air control motors get carboned up at 100,000 miles.

Problem: On vehicles with a manual transmission, worn shift bushings cause transmission to pop out of gear, especially when coasting down in 1st or 2nd gear.

If you look at the site Truedelta they are a great source for judging the overall reliability of your vehicle. They don’t have their usual charts for demonstrating the lemon odds of your Toyota Tacoma, but the data they do provide is still helpful in seeing what a sensible choice your Toyota Tacoma has been.

So, of the problems that you are likely to suffer from with your Tacoma, the Engine comes in the highest at 27%, followed by suspension at 22%. The next most significant problem is Electrical and AC at 19% and transmission at 14%. Brakes, body and trim, and other problems are all under 10% each.

How does that split between the generations of Tacoma? Well, the second generation takes the lion’s share at a whopping 53% of those problems. Next up is the first generation at 22%. Trucks made between 2012 and 2015 account for 12% of problems. Those from 2016 to now only make up 7% of the number. Now, while older trucks are obviously going to develop more problems over time, if those later years were spiking instead of getting better you would have some cause for concern. As it is the Toyota Tacoma has been considered reliable from those early generation onwards.

Is It Expensive To Insure A Toyota Tacoma?

You are looking at an average cost of $142 a month to insure a Toyota Tacoma, or $1,704 a year, outside of mitigating circumstances which may lower or increase it.

According to some sources they actually rank as the cheapest truck in their class to insure - just another reason why they are a great buy, and also indicative of the fact that they are safe and reliable, and not prone to that many problems.

How Well Do Toyota Tacomas Hold Their Resale Value? 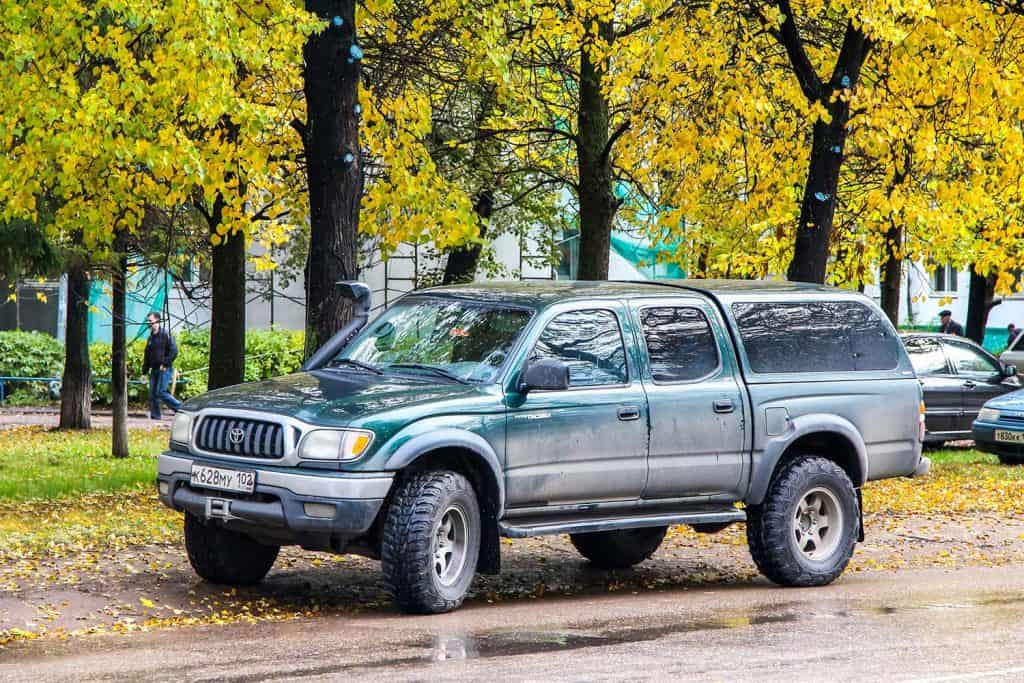 Toyotas are somewhat renowned for holding their resale value better than a lot of their competitors. This usually comes from a combination of having a good reputation, being a quality vehicle, being reliable, and also being very reasonable price wise.

If you check out Kelley Blue Book you will see that the 2019 Toyota Tacoma won the 2019 Best Resale Value Award for the Mid-Size Pickup class. They also mention on there that the Tacoma has earned a trophy every single year since they first started handing out this award, so that is something to bear in mind.

If you bought a Toyota Tacoma in 2007 you can still expect to get somewhere around 40% of what you paid for it at resale, which is pretty amazing.

Toyota are on top of it when it comes to any faults that are in their vehicles, and compared to some other manufacturers they have a very low number of recalls. The errors present in the earlier generations do not seem to carry through from model to model, as you see with some other vehicles.

They are very affordable, and with the standard model for the 2020 Toyota Tacoma coming in at around $26,050, you don’t have to spend a huge amount of money to get a great mid-size pickup. Add to that the low cost of insuring the vehicle, and the fact that it is going to hold its resale value very well, and you are going to get a lot from your Tacoma.

There are many reasons why Toyota have a good reputation for being reliable, and it is not hard to see how this would lead to them holding their value and being a popular choice for as long as they have.

Hi, thanks for sharing this post. There's only one doubt in my mind, with all of these engine problems. Are all these be covered by the insurance or the Toyota dealers itself for free? Thank you for the help!

Thanks for the comment! Most (if not all) car manufacturers have some kind of factory powertrain warranty on newer vehicles. These warranties typically last through a certain period of time or through a certain amount of miles, whichever comes first. Depending on the dealership and the particular vehicle, extended warranty options might be available for purchase as well. If a component of the drivetrain (i.e. the engine) has issues while the vehicle is covered under a powertrain warranty, it's the manufacturer's responsibility to fix the problem at their expense. We highly recommend reading through a vehicle's warranty to better understand what is covered and the conditions.