Whether you're getting a friend a bell for their Harley, or you just received one and want to know where to put it, we got you! We did the research, and this post will provide answers regarding bells on a motorcycle. We'll also dig deeper into the meaning behind these bells.

A bell for a motorcycle is known as a guardian bell. It should be placed on the lowest part of your Harley or any motorcycle.

The idea behind this is that the bell should be the first thing road gremlins cling to in order to "capture" them and eventually get rid of them.

But there's a lot more to it than that. Knowing more about these bells and where and how to put them on a motorcycle is the key to making them functional and practical. If you want to learn more about the process, read on.

Where To Put Bell On A Harley Or Other Motorcycle 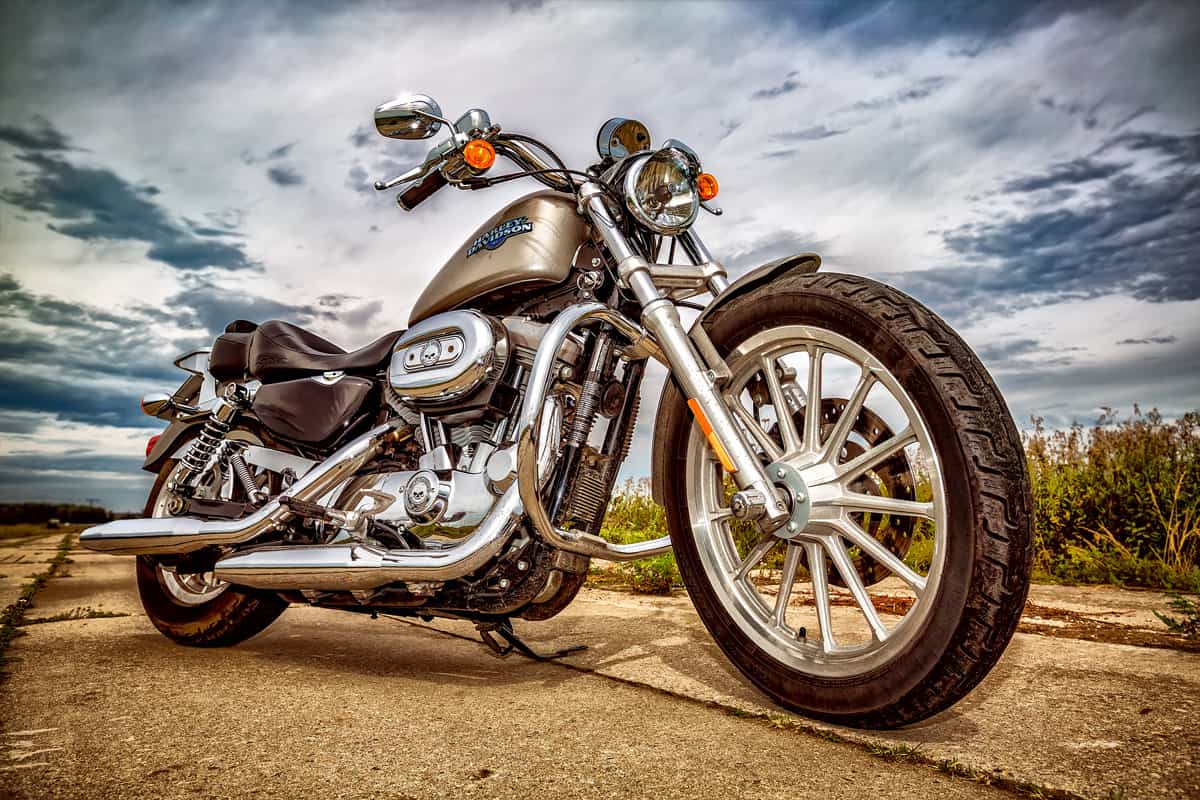 Whether it's a Harley or any other motorcycle, Guardian Bells or Spirit Bells are known to ward off road gremlins that cause bad luck to riders.

And when they cling to the bell, it will capture them, and they won't be able to stand the ringing sound. Because of this, they will jump away from the motorcycle and back to the road to try to cling to another bell-less rider.

These bells are only an inch tall, so you don't have to worry that they might drag on the road's surface.

Why Should You Put A Guardian Bell On Your Motorcycle?

Although the meaning behind putting bells on your motorcycle seems very much like a myth, it's become a practice among the community of motorcyclists.

The idea is that when someone gives you a bell as a gift, that person cares deeply about you and wants you to be safe on the road.

So, even if it may sound illogical, putting a bell on a motorcycle has a deeper meaning and significance.

On the road, many things can happen. Problems can arise when you're far away from a repair shop. Your alternator could malfunction, your tires might pop, or your brakes could become faulty. Road gremlins are supposedly the culprit behind such mechanical problems.

How To Put A Guardian Bell On A Motorcycle 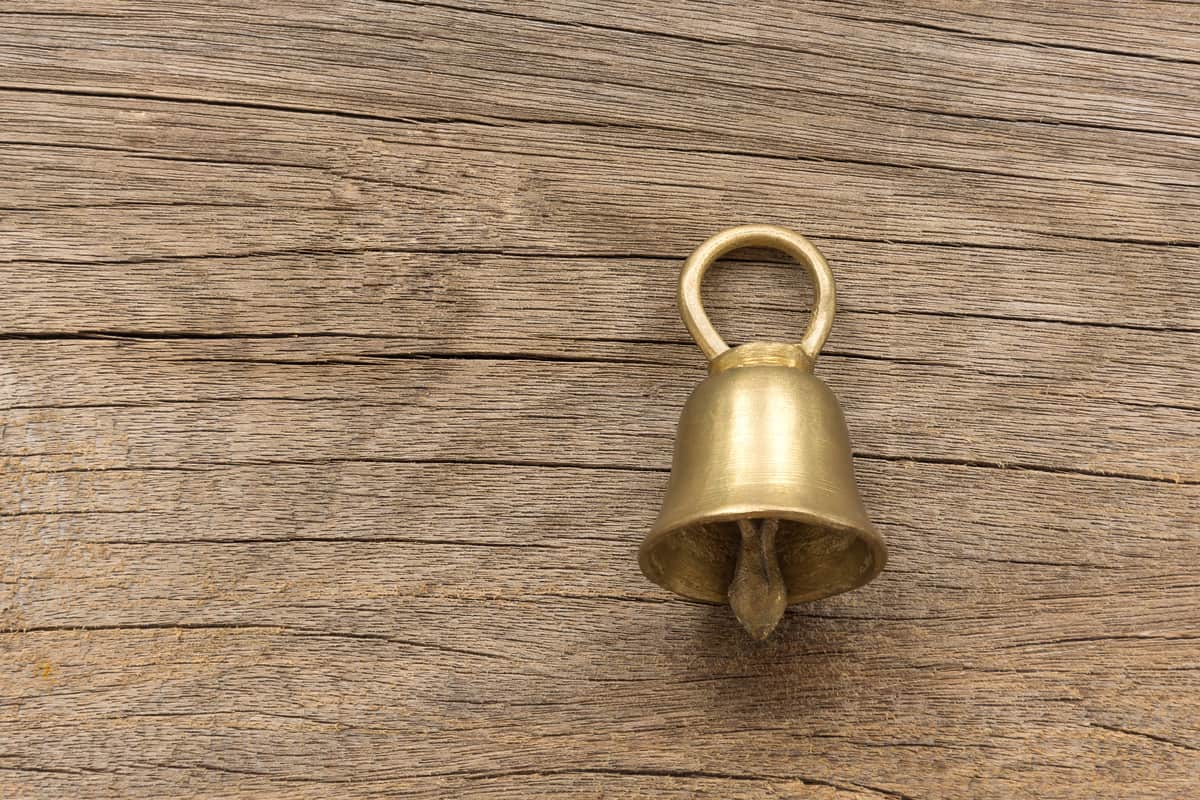 The process of putting a guardian bell on your motorcycle is relatively easy. A wire or a zip tie will do the trick. Zip ties are the most durable material, and you can get them in any color.

Using wire is a bad idea because it might rust or break. You should also avoid leather straps, as they aren't durable enough, and you may lose the bell.

Riders commonly attach a bell to the peg where they place their feet.

2. Use your strap of choice and tie the bell through its hang loop.

3. Tie the strap around the peg. Finish it by doing a double-knot and ensuring it's tight and sturdy. Tug the bell a little to make sure it isn't loose.

4. Cut excess material off the strap. If you are using thread, string, or some type of fabric, seal the ends of the strap by melting them.

Check out these zip ties on Amazon.

Guardian Bell Rules According To Belief 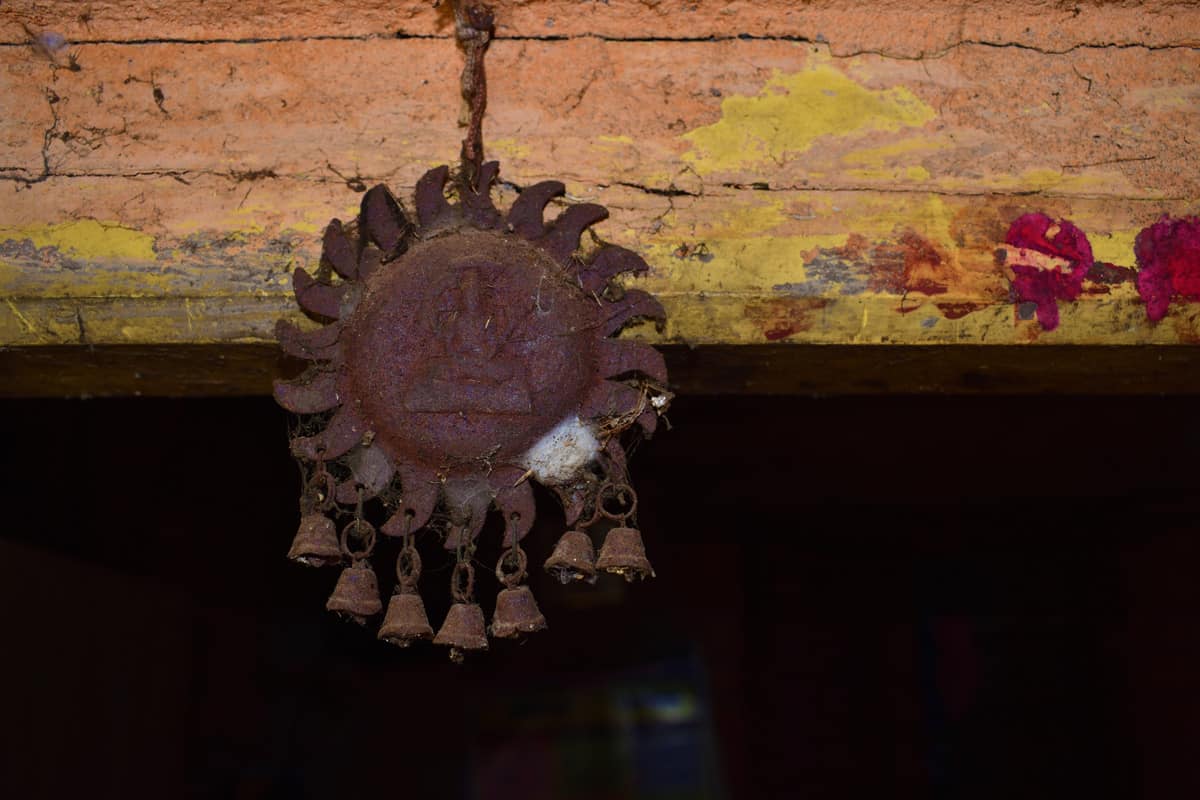 If you want to go into further detail about guardian bells, you need to know the rules about how to use them. Not following the rules will make your guardian bell useless.

Don't Buy Your Own Bell

This is a strict rule. The motorcycle owner should not buy their own bell. As explained, the bell works when a fellow rider or loved one gives a bell as a kind gesture.

Don't Hang Your Own Bell

This may come as a surprise, but most people believe that you should never hang your own bell. The person who has given you the bell should also be the one to hang it. So if you're thinking of getting a bell for a friend, remember this rule!

Place The Bell On The Lowest Part Of The Frame

This rule should be strictly followed. Attaching the bell anywhere else on the frame would make the bell useless because road gremlins will be able to cling to the motorcycle without being "trapped" by the bell.

You should not remove the bell. It should be kept by the receiver as intended by the person who gave it to them. This will keep the charm intact.

Do Not Steal Someone Else's Bell

The bells are cute and tiny, but you shouldn't steal them.

Doing so will cause the bell to lose its charm. Because a bell is given in kindness toward another rider, stealing it would be an act of ill will. If you try to use a stolen bell, it won't serve its function.

How Much Do Guardian Bells Cost? 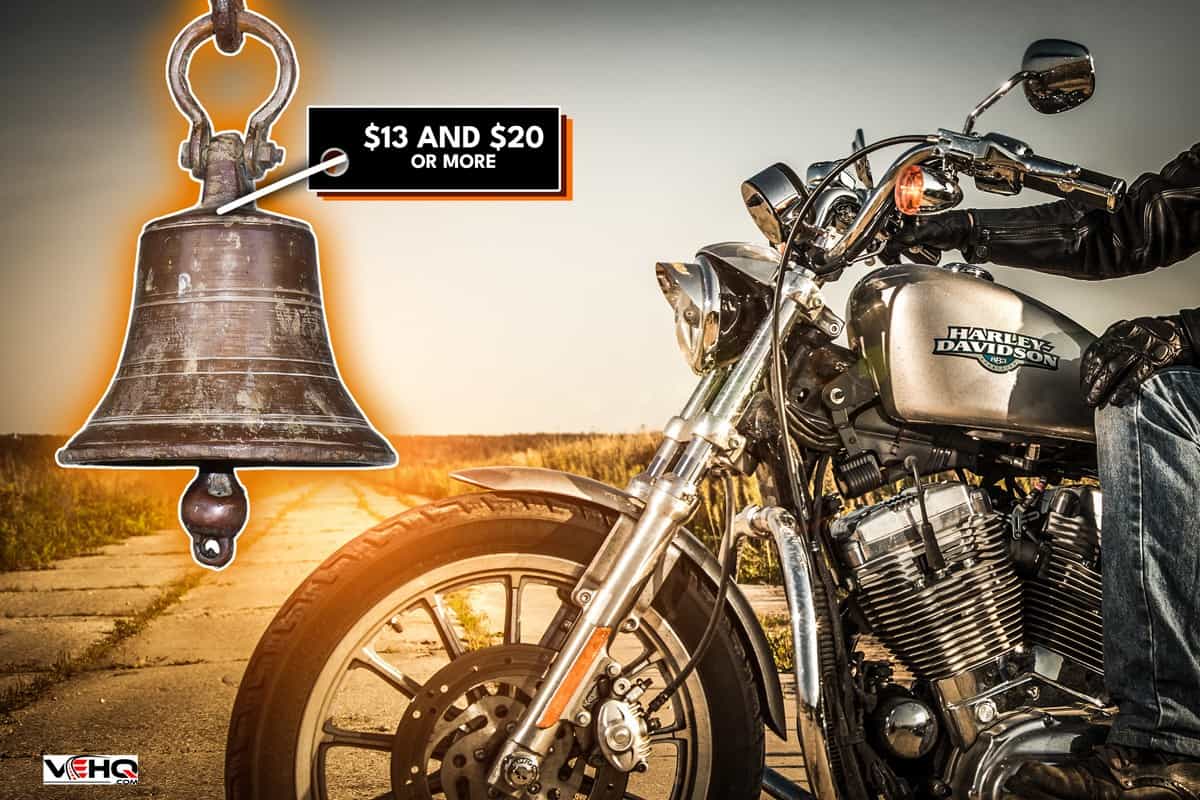 Guardian bells are customizable and come in different shapes, sizes, colors, and designs. Depending on the material and complexity of the design, guardian bells cost between $13 and $20 or more.

Check out this Thor-inspired bell on Amazon.

Check out this Grim Reaper-inspired bell on Amazon.

Check out this bedazzled bell on Amazon.

Why Gremlins Are Said To Cling To Motorcycles

Gremlins are mischievous little creatures that seek chaos. These mythical creatures are depicted as ugly, small, and dirty, with sharp teeth and claws.

The belief is that they were once humans but were cursed and became gremlins because of their evildoings. Some believe that they just seek the thrill of being mischievous.

Other Names For Guardian Bells 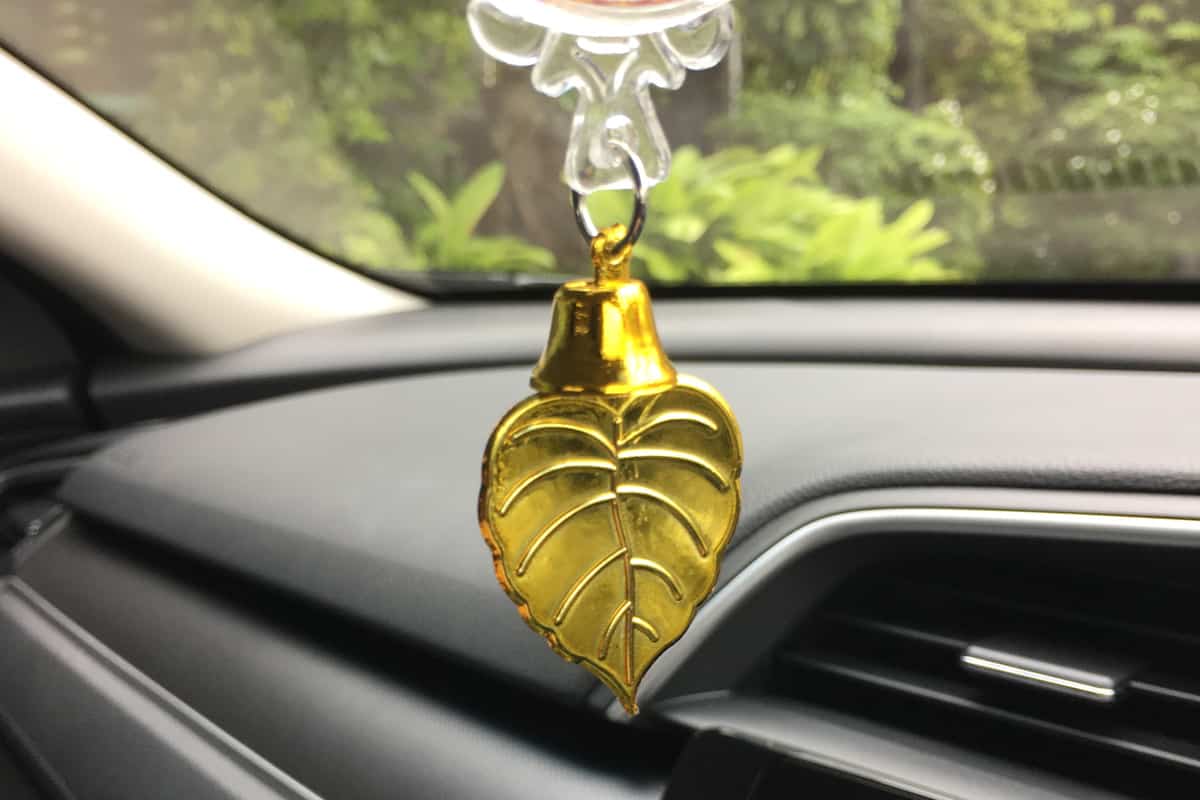 Do Guardian Bells Only Work On A Harley?

Guardian bells can be used on any motorcycle brand—not just Harleys. However, the practice has been popularized by Harley enthusiasts and is not often seen among sports bike and adventure superbike owners.

How Many Guardian Bells Can You Have On A Harley?

There's no specific rule, but most riders use only one bell for their motorcycles. The number of bells on your bike isn't going to increase the effect, or at least that's not an established belief.

But if you're given more than one bell, why not?

Can You Put A Guardian Bell On A Car?

Yes, definitely. Although some people might not like having the sound of a bell in their car, it's doable. Guardian bells can be put on any vehicle and remain functional if you follow the rules.

Using a bell for your Harley or any motorcycle is worth it! After all, if the bell comes from a fellow rider or a loved one, wouldn't you be glad to put it on your motorcycle?

Remember to follow the rules and attach your guardian bell to the lowest frame of your motorcycle so that it can reach its full potential.

Why Does My Harley Davidson Pop On Deceleration? What Could Be Wrong?