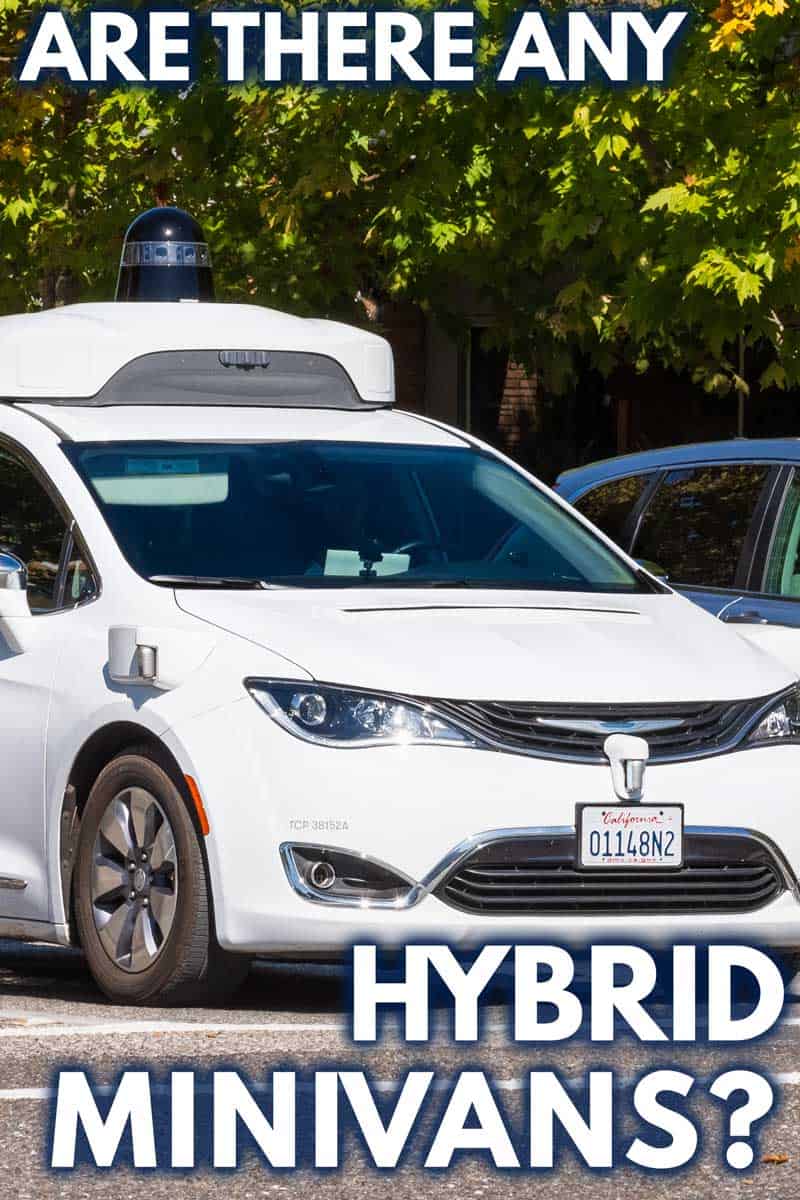 If you are an environmentally conscious minivan lover you are probably wondering if there are any hybrid minivans. With many hybrid crossovers and SUV’s on the market, minivans seem to fall short of widely offering the hybrid feature. Yet, one minivan stands above the rest to provide us with a hybrid model.

Chrysler’s Pacifica is currently the only available hybrid minivan. In fact, there have been few modifications or improvements made to the 2020 minivan line-up. Although there has been some speculation whether Toyota or Honda will produce a 2021 hybrid minivan, no official announcements have been made by either manufacturer.

What are the advantages and disadvantages of a hybrid vehicle? When your family packs up the minivan and heads to the great outdoors, you want to know that your hybrid can get you there safely and efficiently. Keep reading to see what makes a hybrid minivan unique. Minivan manufacturers remain in steep competition to provide you the most economical, environmentally-friendly vehicles.

How Does a Hybrid Car Work? 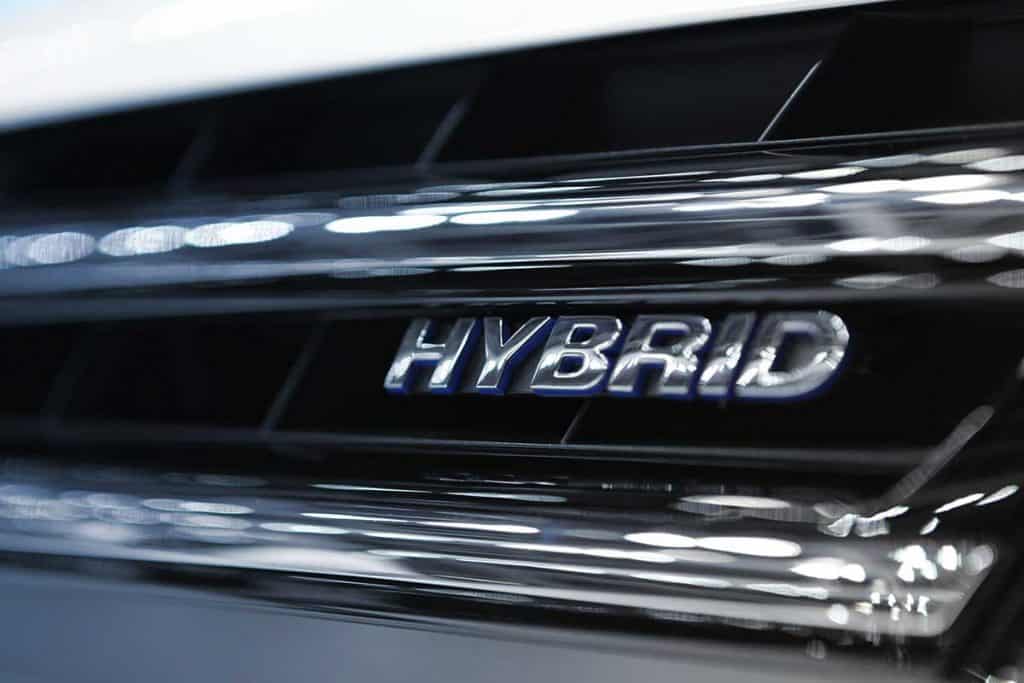 A hybrid minivan works just like any other hybrid type vehicle, powered by both an electric motor and a gasoline engine. The two engines work seamlessly together, automatically switching between electric power at low speeds and gasoline power at high speeds. The electric motor receives power from a lithium-ion battery that is stored in the car.

Hybrid minivans are environmentally friendly because they produce cleaner emissions and do not rely on fossil fuels for power.

How is the Performance of Chrysler’s Hybrid Pacifica?

Chrysler offers a hybrid version of the 2020 Pacifica’s Touring, Touring L, and Limited trim levels. The hybrid comes equipped with Pacifica’s standard, 287 horsepower 3.6-liter Pentastar V6 24V VVT engine paired with a 9-speed automatic transmission. The electric motor is powered by a lithium-ion battery that delivers up to 32 miles per charge. A lithium-ion battery is backed by a 10-year/150,000 mile limited warranty or 10-year/100,000 mile limited warranty depending on the state where you live.

The hybrid Pacifica model has an outstanding fuel efficiency of EPA estimated up to 82 mpg. Pacifica’s standard fuel tank capacity is 19-gallons, the same for the hybrid model. The lithium battery can be charged rapidly, directly from the power grid within two-hours by using an available 240V Mopar charger. Keeping the lithium battery charged while on the go is easy with the hybrid’s regenerative braking system. Overall, hybrid power provides 520 miles of driving range.

What Are the Disadvantages of a Hybrid Car?

A hybrid produces slightly less total power output than a traditional gasoline-powered engine. As a result, hybrid cars can lag during acceleration. Hybrids are built for endurance, not speed.

It is difficult to manage the weight distribution of hybrids due to the installation of two engines and a heavy battery. In an effort by manufacturers to keep the weight down, most hybrids are not equipped with performance-enhancing suspensions. These cars are built with lightweight materials, resulting in the handling being affected depending on the location of the battery in the car.

Maintenance costs for hybrids are generally higher, as not all mechanics have the tools or technological skills necessary to easily work on a hybrid.

High voltage, lithium-ion batteries located inside the vehicle can be lethal in the event of an accident.

Hybrids have a higher initial purchase price than gasoline-powered cars, but prices are dropping as these cars are more in demand. There are federal and state incentives that can reduce the initial cost of your hybrid. Hybrids do tend to have a higher resale value than their gasoline counterparts, possibly because the demand is growing.

How Does the Hybrid Pacifica’s Fuel Efficiency Compare to Other Minivans?

The fuel efficiency of the hybrid Pacifica model is tremendous in comparison to other minivans with similar engines. Here is a quick list of the EPA estimated city/highway/combined mpg of similarly powered 2020 minivans as provided by the U.S. Department of Energy:

Is the Chrysler Pacifica a Plug-in Hybrid?

Yes! The Chrysler Pacifica is one of the more advanced types of hybrid vehicles because it can recharge the lithium-ion battery directly from the power grid by plugging into an outlet. Plug-in hybrids can drive for extended periods before having to switch to the gasoline-powered engine.

What Federal or State Incentives Are Available When You Purchase a Hybrid Car?

The federal Internal Revenue Service (IRS) offers tax credits to purchasers of plug-in electric vehicles (EV). The amount of the credit varies depending on the type of car, size of the car, and the battery capacity. EV tax credits typically range from $2,500 to $7,500 per new car.

Depending on the state where you live, additional incentives might be available to purchasers of plug-in EVs. State incentives can be in the form of tax credits, reduced registration fees, or highway lane use privileges. You can get more information about the specifics of plug-in EV incentives here.

Is the Chrysler Voyager Available As a Hybrid?

Chrysler has simply added a new name to the lower trim levels of the Pacifica by releasing the affordable 2020 Voyager in lieu of Pacifica’s level L and LX models. Pacifica’s same, 287 horsepower 3.6-liter Pentastar V6 engine with 9-speed automatic transmission comes standard in the Voyager. Unfortunately, the Voyager does not have a hybrid model.

Is Toyota Making a Hybrid Sienna?

No concrete evidence has become available to confirm any rumors about Toyota releasing a hybrid Sienna for 2021. Although adding a hybrid model would keep the Sienna in steep competition with Chrysler’s Pacifica, Car and Driver speculates that Toyota will provide an updated version of Sienna’s standard 3.5-liter V6 engine and add a few modern, exterior design features for 2021.

More about the Sienna:

How Much Does a Toyota Sienna Cost?

What are the Sienna’s common problems?

Will There Be a Hybrid Honda Odyssey?

No concrete evidence has become available to confirm any rumors about Honda releasing a hybrid Odyssey for 2021. In fact, Honda’s Odyssey might remain fairly unchanged. Motor1.com speculates an exterior design refresh will prepare the Odyssey minivan for 2021 re-release.

Does the Dodge Grand Caravan Have Bluetooth?

How Many Seats In A Dodge Grand Caravan?

Here’s What The Dodge Grand Caravan Interior Is Like

How To Back A Trailer Into A Tight Space [Inc. video]

How Long Is A Honda Ridgeline? [Inc. Bed Length]

What’s the Size of a Motorhome Gas Tank? (Inc. Cost To Fill It Up)

8 Travel Trailers That Can Fit In Your Garage

Why Are Fire Trucks Red? [Amazing Facts and Myths!]

What Are The Best Tires For A Subaru Forester?

How Often Do You Dump The Black Tank?