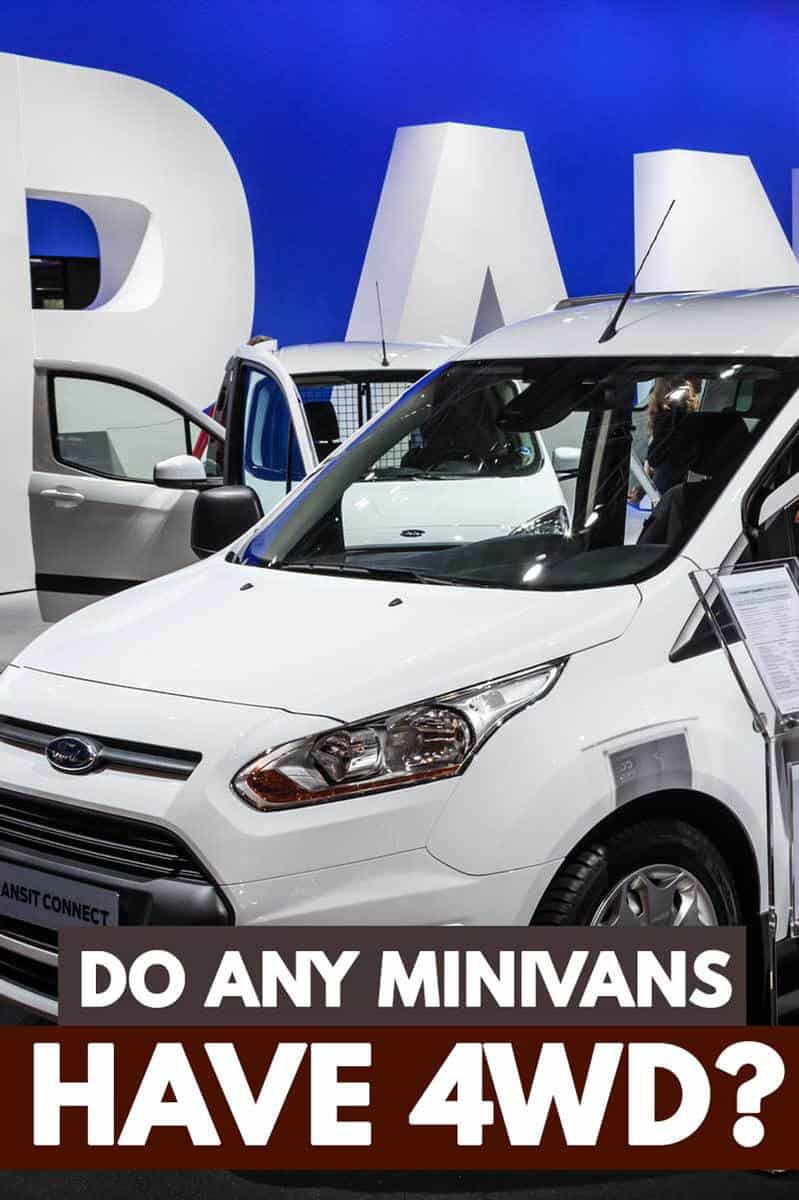 Minivans have been around for decades providing comfortable, roomy cabins and flexible passenger space. Modern minivans are all based on front-drive platforms, and almost every van on the market uses front-wheel drive. Do any minivans have 4WD (four-wheel drive)?

The minivan market does not have a vehicle equipped with 4WD. The Toyota Sienna, however, is the only traditional minivan on the market with an option for all-wheel drive (AWD).

We were surprised that despite the dozens of options for minivans to choose from, there were no options for 4WD. Read on as we look at some of the most popular minivan models including the only minivan with AWD—the Toyota Sienna.

Not 4WD but AWD 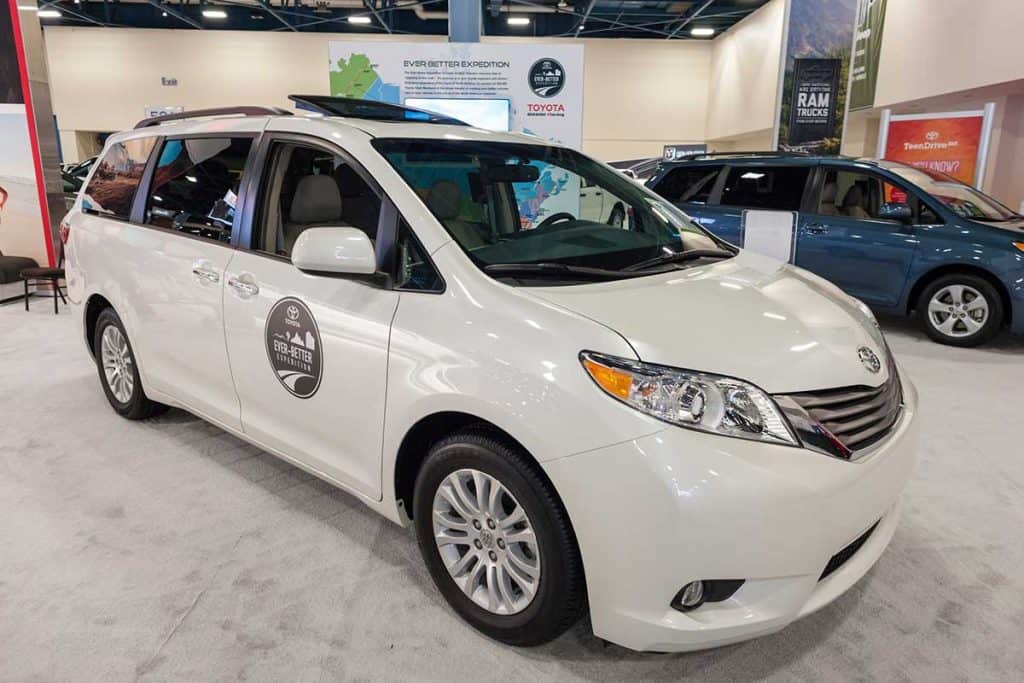 The Toyota Sienna debuted in 1997 replacing the Previa model and its rear-wheel drive. Today, the Sienna is the only traditional style minivan on the market that offers an all-wheel-drive (AWD). The 2020 model has the option to add AWD with active torque control to four of its five trim levels.

Keep in mind that AWD adds to the cost of a Sienna and will reduce fuel economy when AWD is engaged. Also, AWD comes with run-flat tires that consumers don’t love. These tires seem to wear out quicker and are more expensive to replace.

Other popular minivan models in 2020

The Kia Sedona is a solid middle-of-the-pack minivan. While it doesn't have as much passenger or cargo space as some others in its class, it does have one of the lower price points.

Regardless of a choice in trim level, every Kia Sedona comes with a front-wheel-drive configuration. There are no options for AWD or 4WD.

Happy 25th anniversary Honda Odyssey! This minivan stays at the top of the heap with a ton of features and a super smooth ride.

The 2020 Odyssey comes in five trim levels, but there isn’t an option for AWD or 4WD. As expected, the Odyssey comes with front-wheel drive only.

The Pacifica is a top-rated minivan, loved almost as much as the Odyssey. A cool feature that sets apart the Pacifica from other minivans is Stow’n Go seats. The second and third-row seats fold flat into the floor.

For 2020 Pacifica Trim level choices have reduced to four options. None of the options include AWD or 4WD.

The Metris is unique in the minivan category, functioning as a passenger van or a cargo/commercial van. There are several seating configurations for up to eight passengers.

Three trim packages are available, and they all come with rear-wheel drive as the only option. There are no options for AWD or 4WD.

Chrysler Voyager makes in debut in 2020. This minivan is a less expensive version of the Pacifica with a new name targeting a budget-friendly market.

Two trims are available to consumers. Both packages feature front-wheel drive. There are no options for AWD or 4WD are available.

The Caravan has been around since the early 1980s. Millions have been sold. It was rumored to be discontinued, but a 2020 version will be on the market. The Caravan is an old favorite but lacks some of the more modern features of its competition.

Like most of the other minivans, the Dodge Caravan is front-wheel drive. AWD and 4WD are not options.

Another unique, less traditional, model in the minivan category is the Ford Transit Connect. One way to describe the Transit-Connect is that it’s a mini-sized commercial van disguised as a minivan. It has all the utility of a commercial van in a smaller package.

The Transit-Connect has two body styles and three trim levels available. Transit-Connects with AWD are available in Europe. It’s been reported that Ford will begin selling a 2020 Transit-Connect with AWD for its gas engines in the U.S. The vehicle will still be a rear-wheel-drive van. But, with the AWD engaged, power will be directed to the front wheels as well. There isn't an option for 4WD.

Do Minivans Come in AWD?

The Sienna is currently the only traditional minivan with AWD as an option.

The Transit-Connect is a passenger van but more in the style of a small commercial or cargo vehicle. It’s expected that the 2020 Transit-Connect models will be available with AWD.

What Are The Benefits of 4WD and How Does AWD Provide Them? 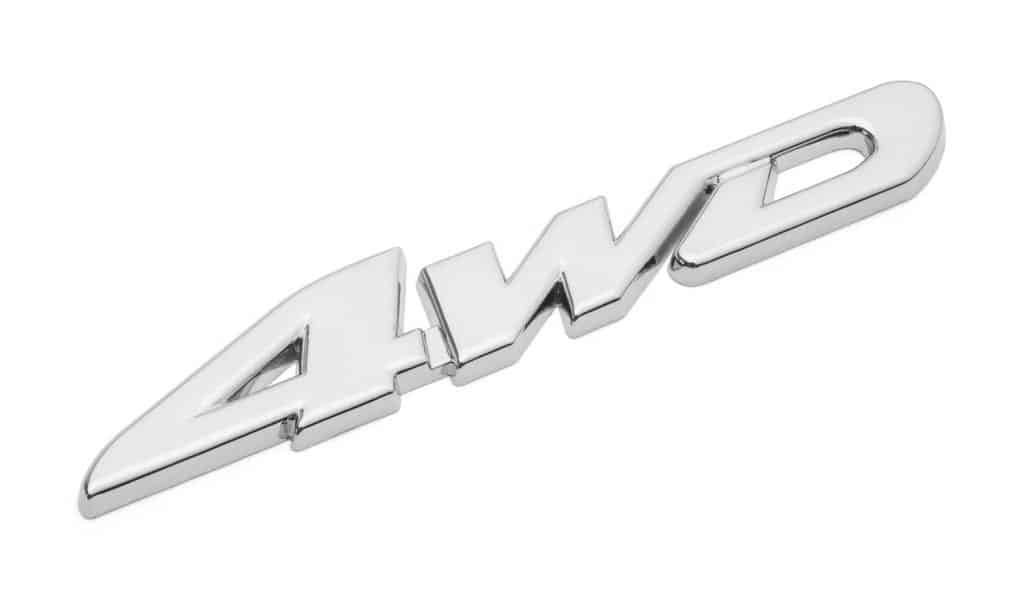 All-wheel drive is a type of four-wheel-drive system. Power is automatically shifted between the front and back wheels as needed.

Like the AWD system, 4WD is designed to send power to all four of a vehicle's wheels when needed. But 4WD systems are stronger than AWD and can handle more rugged terrain. And most notably, drivers select when to turn on 4WD. If you go off-roading or live in a place that gets a lot of snow and ice, a vehicle equipped with 4WD is for you.

The main benefits of 4WD include:

The AWD system makes decisions for the driver. If the system senses a loss of traction, AWD kicks in sending power where it’s needed to maintain traction. AWD works well in rain or snow, even some mild off-road driving. AWD does the thinking for you when the weather conditions are extreme or road surfaces change.

Are There Discontinued Minivans in the Marketplace With 4WD or AWD?

In our research, we found that Dodge Caravan and Chrysler Town & Country used to include AWD when they first appeared in 1990. AWD remained as on option on the Town & Country until 1996. During the fourth generation of the Caravan, a span of 2001-2007, there were trim levels that included AWD. But, we noticed by 2004, the option for AWD disappeared on the Caravan. Perhaps the Stow ‘n Go seats, which were introduced in 2004, needed as much room as possible.

General Motors also offered minivans with AWD in the 1990s. These models included the Chevrolet Lumina APV, Oldsmobile Silhouette, and Pontiac Trans Sport. These models went for a few generations and model name changes but died by 2009.

If you are looking for a previously owned minivan with AWD, it’s likely going to be a Toyota unless you can track down one of those original Caravans. In our research, we didn’t come across any minivan with 4WD.

Consumers seem to want AWD as an option in their minivans. But most manufacturers are unwilling to give up the clever storage options on the interior to offer it. Given that most of the car manufacturers produce other vehicle types with an AWD or 4WD option it’s not likely we will see AWD show up in minivans in the near future. In our research, we didn’t come across any minivan with 4WD but the Toyota Sienna stands alone with AWD.

Chrysler Pacifica now has an AWD option but not available with the Hybrids. Not sure if stow-n-go is fully functional.

You missed several 4x4 mini vans. And the fold away seats started in 2005 with dodge. Most all newer one have it now.

1993 aerostar had fold away seats to form a bed