Choosing the right minivan can be a difficult decision. You will want your minivan to have ample interior space for passengers and cargo. Most minivans offer versatile interior seating options, but which minivans have stow and go seating depends on the make and the model. We have taken a closer look at the seating options available for eight common minivans to determine which makes and models offer stow and go seating.

Here is a quick breakdown of which of the minivans we selected offer stow-and-go seating:

With so many available seating configurations, determining the best option for your minivan can get confusing. How will the interior seating configuration affect your day-to-day use of the minivan? There are pros and cons to stow-and-go seating. The feature allows you to easily fold down the seating and stow it beneath the floor but, it can affect the comfort of your passengers and the locations where you can easily stow your gear. Keep reading for an in-depth look at how stow-and-go seating works and what it means for the interior function of your minivan. 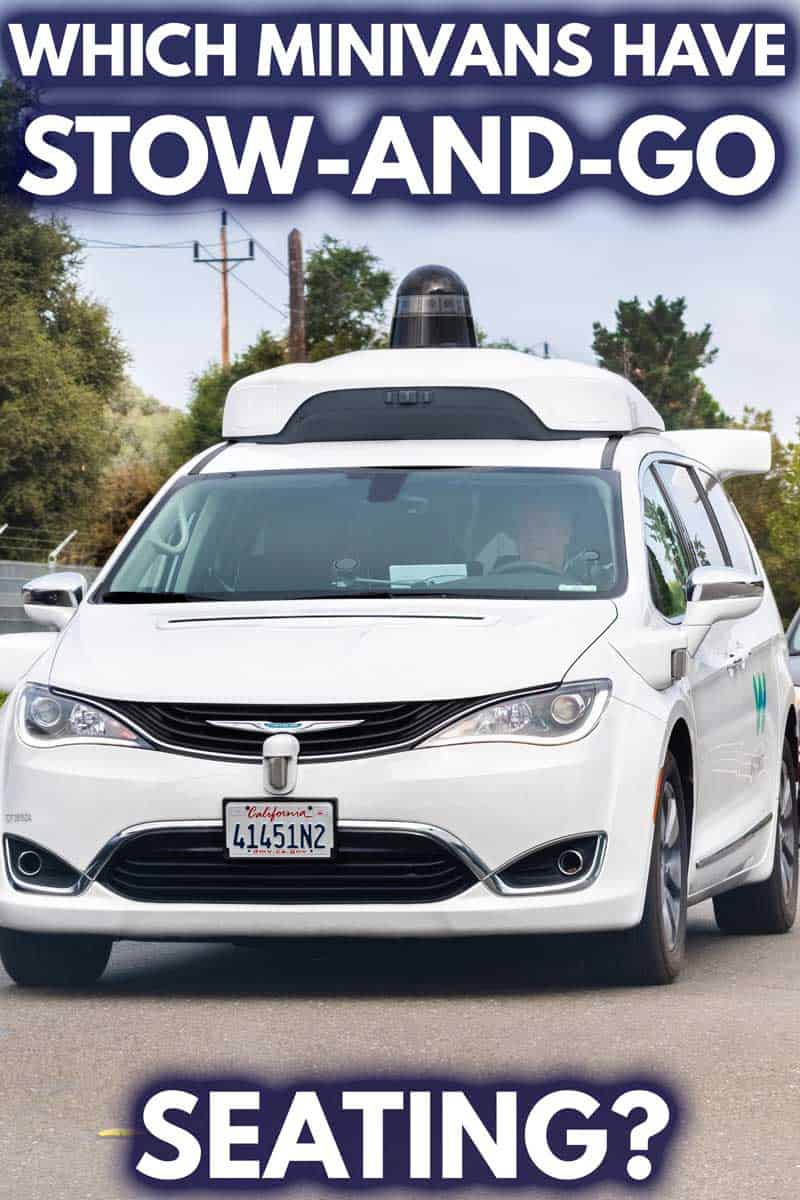 What is The Stow-And-Go Seating Feature?

The stow-and-go seating feature means you can fold down an entire row of seating in your minivan to stow the row beneath the floor. Stow-and-go lets you use the entire, flat cargo area without folded down seats taking up space. Some minivans feature stow-able second-row bench or stow-able captain’s chairs.

As a bonus, stow-and-go seating also lets you use those large, storage compartments beneath the seats to stow your gear when the seating is upright. Stow-and-go is particularly helpful when you want to maximize your cargo capacity with the ease of keeping your seats along for the ride.

What Are The Pros and Cons of Stow-And-Go Seating?

Stow-and-go seating is an efficient, simple way to maximize the cargo space inside your minivan. The benefit of a large, below the floor cargo area provides ample storage space when the seats are upright and plenty of passenger room. Just remember to grab or stow your gear below the seats before all seven passengers pile into the minivan.

Many seating configurations can be arranged with the stow-and-go option. Third-row seating can be upright, or tucked completely away to provide more cargo space. Whether your second-row is a bench or captain’s chairs, these seats can also easily tucked away. Clear out that middle row by stowing the entire bench for additional cargo space. Alternatively, if you have second-row captain’s chairs and need only one seat, stow the other for easy access in and out of the minivan.

Your four-legged family members will sit comfortably with stow-and-go seating. Neatly tuck away the third-row to keep the interior upholstery clean while providing ample, flat space for your dog to ride along.

Stow-and-go seating folds and stows with a simple tug-and-pull method. You will not have to lug heavy seats out of the vehicle to increase the cargo space of your minivan. Since stow-and-go seats remain inside the van, you also will not have to use precious garage space to store the seats when they are not in use.

Seats that are stow-and-go capable are not always the most comfortable. Passengers tend to report stow-and-go seats are a bit firmer than cushier, foldable seats.

Legroom can be slightly more cramped, particularly for the third-row passengers, with the stow-and-go feature. Sliding, foldable seats mean more room for passengers to stretch out their toes.

How Do You Fold Down Stow-And-Go Seats?

Simply lift the floor panel to rest it against the forward-most seatback. Give a tug on the ‘stow-and-go’ strap at the base of the seat to fold the seat. As the seat folds forward, push the seat down into the floor’s storage compartment. Push the floor panel back down to cover the stowed seat.

Check out this helpful DIY tutorial on how to fold down stow-and-go seats. 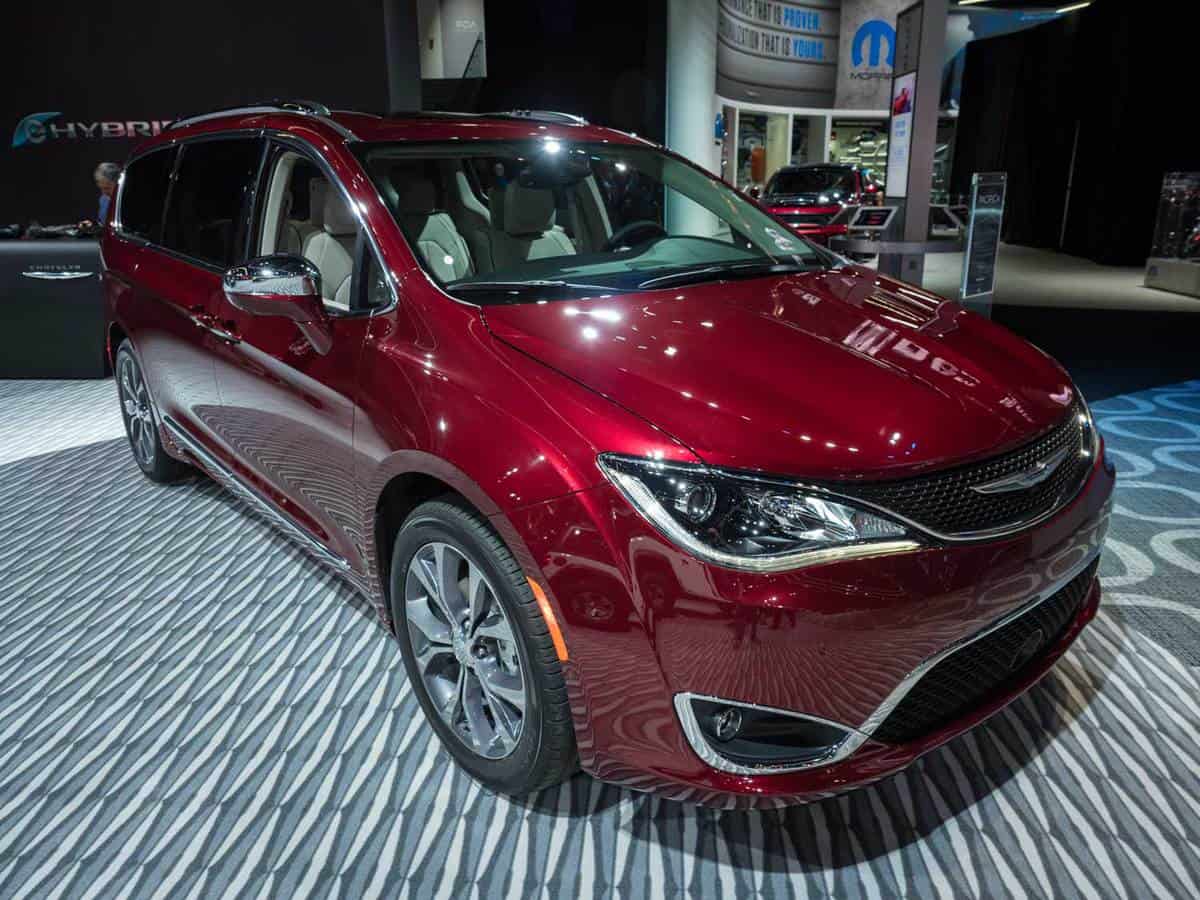 The newly released, 2021 Chrysler Voyager replaces the L and LX base levels of the Pacifica. Chrysler’s standard stow and go seating will only be available on the Voyager LXi trim as a special order minivan. 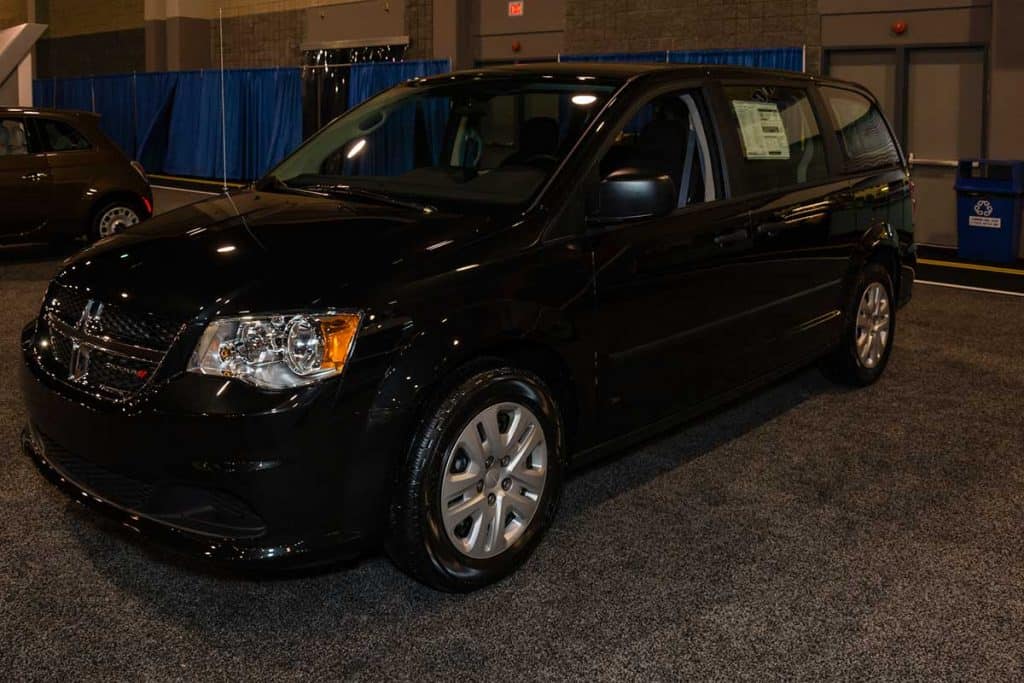 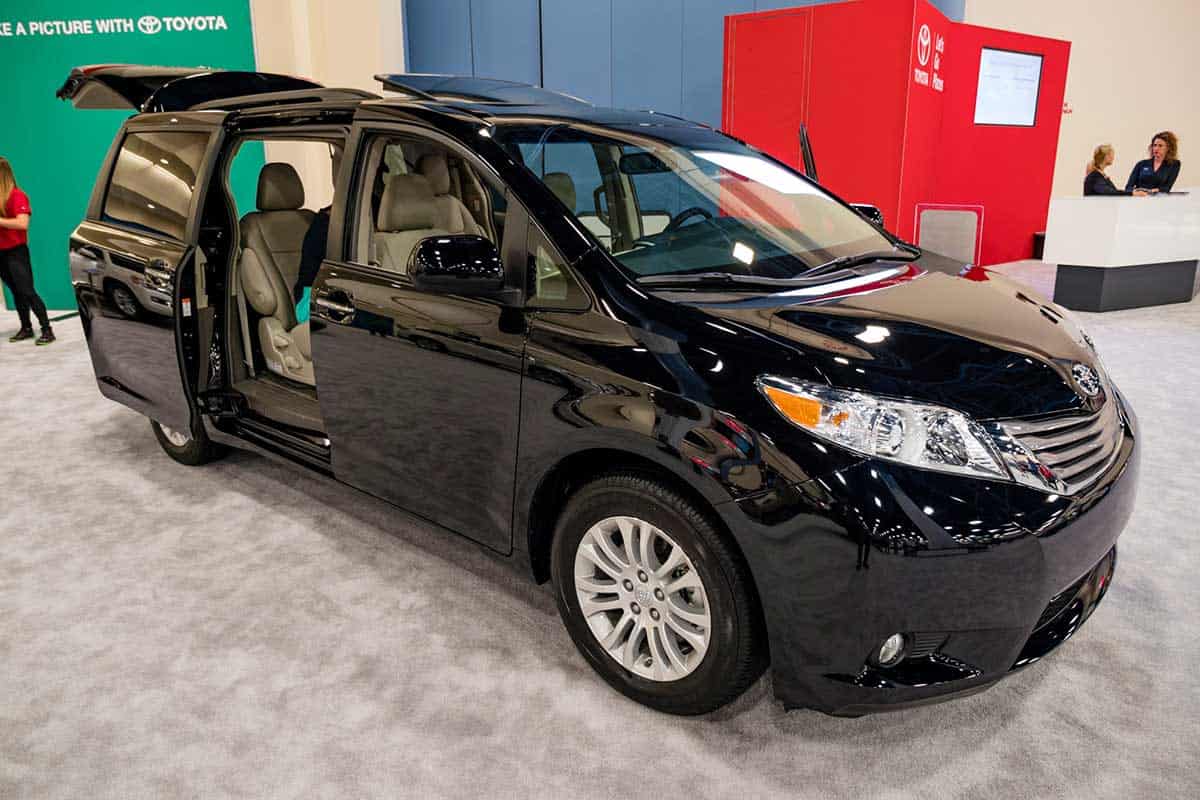 A similar system, the split-n-stow feature comes standard for third-row seating. Split-n-stow enables the Toyota Sienna seating to fold down into the floor.

Thinking of buying a Sienna? Read this: Toyota Sienna: What Are the Common Problems?

Which Minivan Has the Largest Cargo Space When Seats Are Stowed? 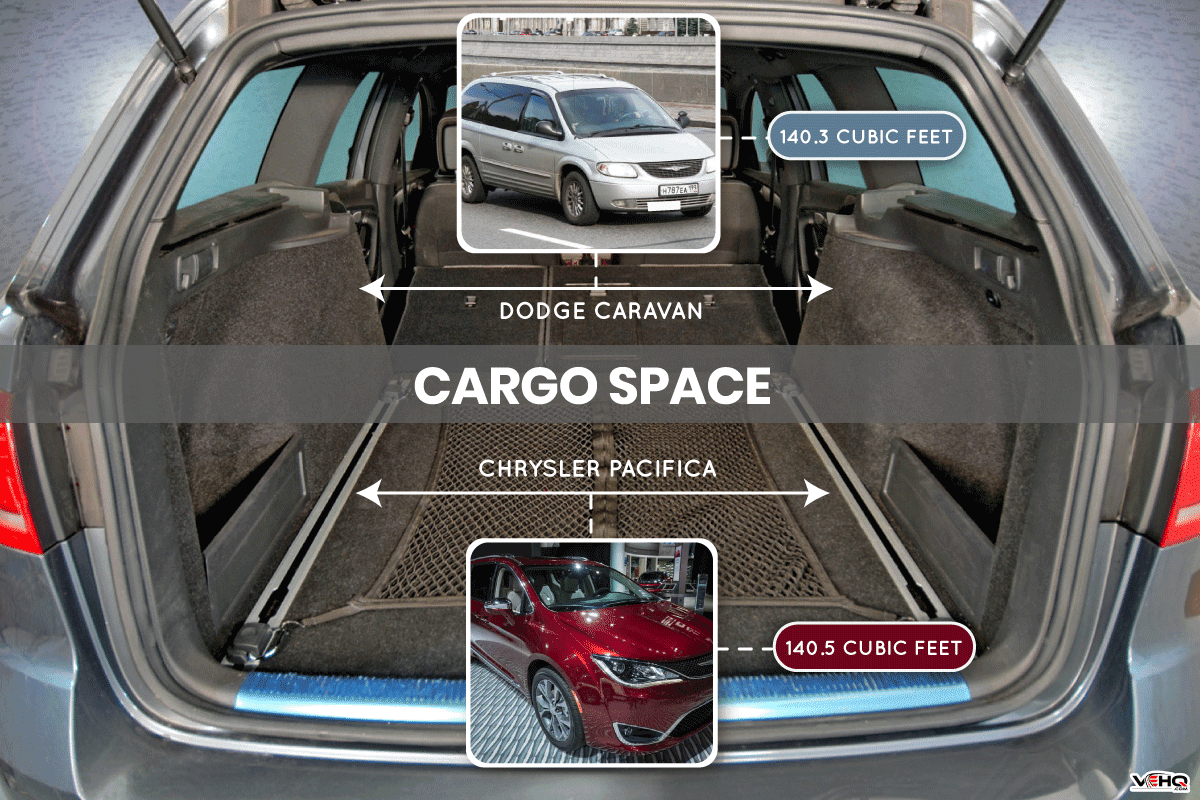 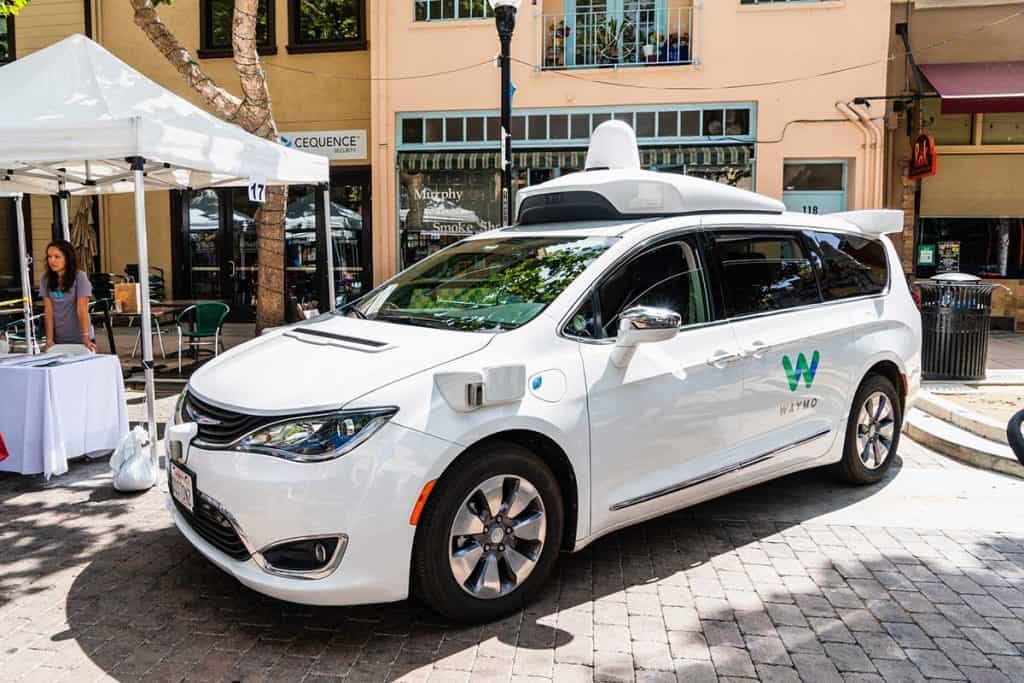 Chrysler’s Pacifica Hybrid does not have a third-row stow-and-go, thanks to the location of the battery using the storage space previously designated to seat storage. To get maximum cargo space in your Pacifica Hybrid, the third-row folds down and the second-row seating can be removed.

Can you remove stow-and-go seats?

Yes! With the use of a capable socket set and a bit of patience, you can successfully remove third-row and second-row stow and go seats. There are several DIY tutorials available on YouTube for stow-and-go seat removal. ">Here is one example to remove third-row seating.

Does Honda Odyssey have stow-and-go seats?

Does the Toyota Sienna have stow-and-go seating?

Split-n-stow comes standard for third-row seating, enabling the seats to fold down into the floor. To achieve maximum cargo space of 150 cubic feet, the second row of seating has to be removed.

Do all Dodge Caravans have stow-and-go seats?

Does the 8-passenger Pacifica have stow-and-go?

Yes! The 8-passenger Pacifica has third-row and second-row stow-and-go seating. In addition to substantial cargo space, the 2019 Pacifica has 243 possible seating options.

More storage options for your minivan

If you're looking to increase your storage abilities in a minivan, there are some interesting ways to do that. Not all of them will increase your cargo volume but with better organization, you should be able to carry more items, in a more efficient way.

A large foldable organizer is a great addition to your trunk. Once you fold the seats, or even before you do, it can hold your gear securely and make it easier to find things. This one by Tuff Viking even has a built-in leak-proof insulated cooler!

An excellent solution for your minivan storage problems, you can keep a couple of these in the back of the vehicle. Not only do they fold, you can easily pull out this organizer and carry it around using the straps.

See this cargo organizer on Amazon.

If you need more storage in your minivan, a rooftop organizer can actually add volume that you didn't have before. Install one on the roof of your minivan and you get 16 cubic feet of actual storage volume.

Check this out on Amazon.

So, what will be your next minivan? 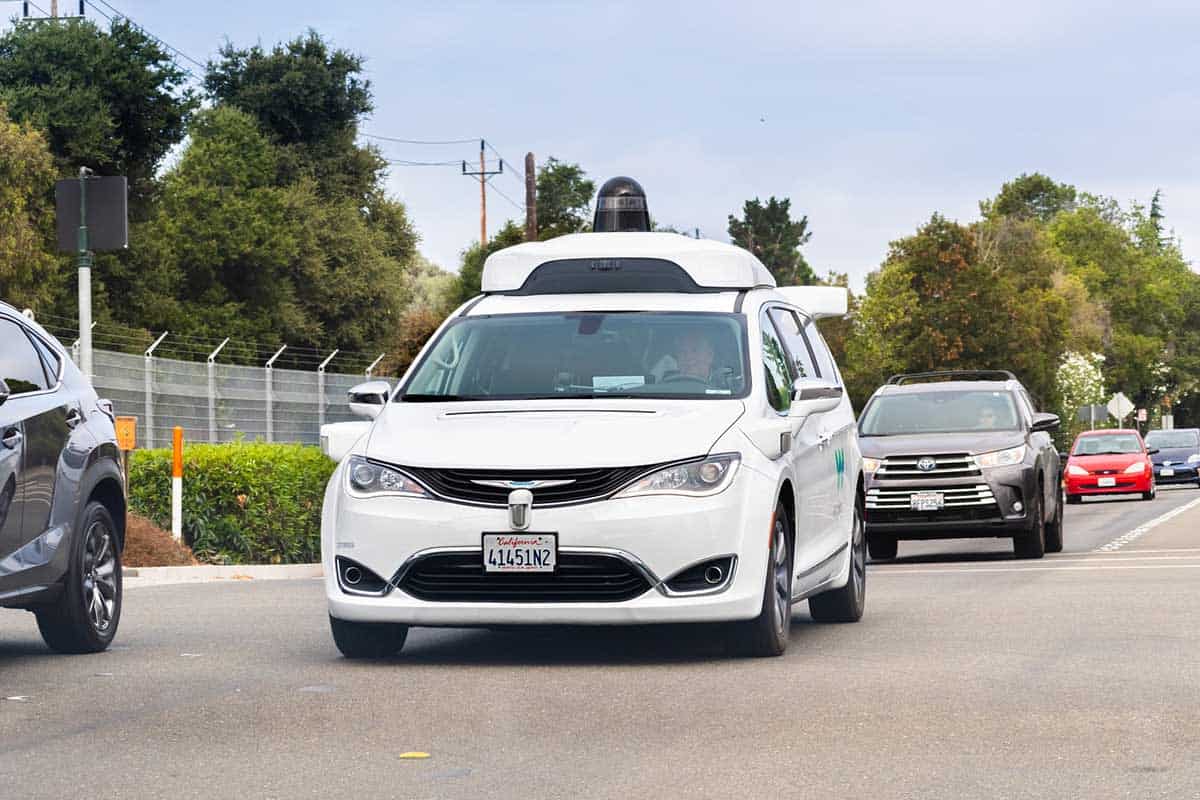 If you're in the market for a large passenger vehicle, check out these posts about minivans too -

How Long is a Minivan?

Do Any Minivans Have 4WD?

Or you could go beyond minivan and check out an SUV. You might find these posts interesting -