Finding a car with all of the extra features you want can be tricky sometimes. Are you looking into getting a Ford Fusion but don't know whether it has all-wheel drive? Well, we've done plenty of research and have the answer here for you. Let's get into it.

If you want to get one of Ford's newer 2020 Fusions, it will have an AWD option. Although base models won't feature all-wheel drive, higher SE and Titanium Fusion trim levels will. That said, 2018-2019 vehicles follow a similar system, so even if your Fusion is a bit older, it should still have AWD capability.

As we begin, we will cover all things Ford Fusions and discuss the many features of this lineup. Whether you're new to Ford or have been with them for years, we're here to help. With that said, let's dive right into this post! 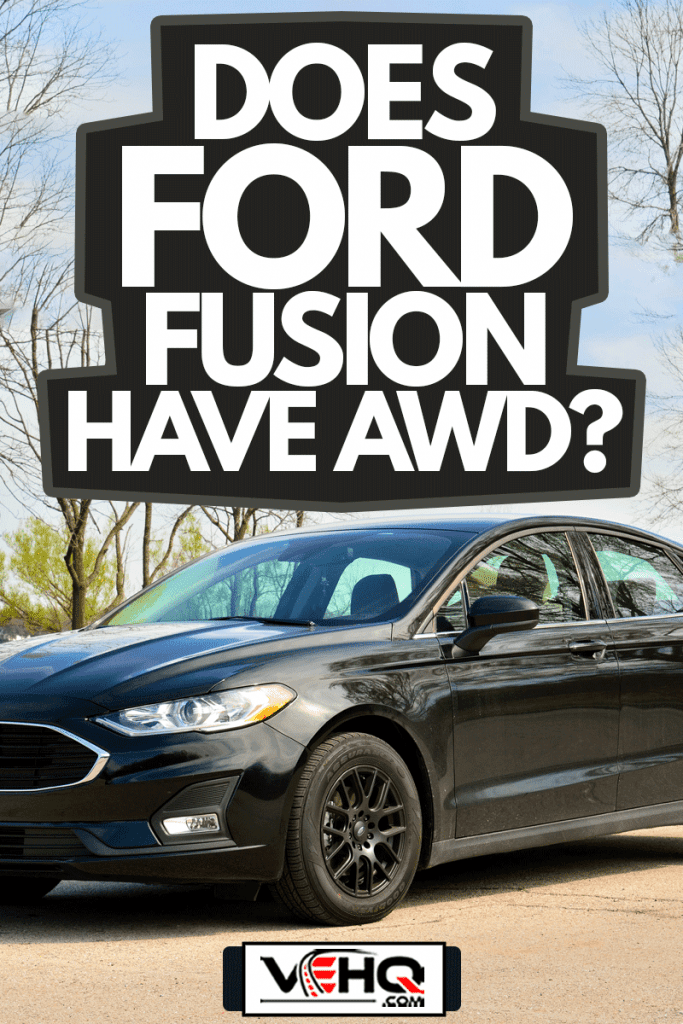 Do All Ford Fusions Have AWD?

Unfortunately, not all Ford Fusion models will include all-wheel drive. For the most part, this will only come with an upgraded engine, usually in the SE, Titanium, and Platinum trims.

That said, the now-discontinued Fusion Sport included AWD off the bat, so if you don't mind finding a pre-owned vehicle, this may be a good idea.

How Do I Know If My Ford Fusion Has AWD?

For those wondering if their car has all-wheel drive, finding it won't be super difficult. The first and easiest method is to take a look underneath your Fusion.

If you see an axle shaft running from your car's front to rear axles, this means it has AWD. Another way to do this would be to search your Fusion's VIN, and that should also tell you whether it has an all-wheel drive or not. 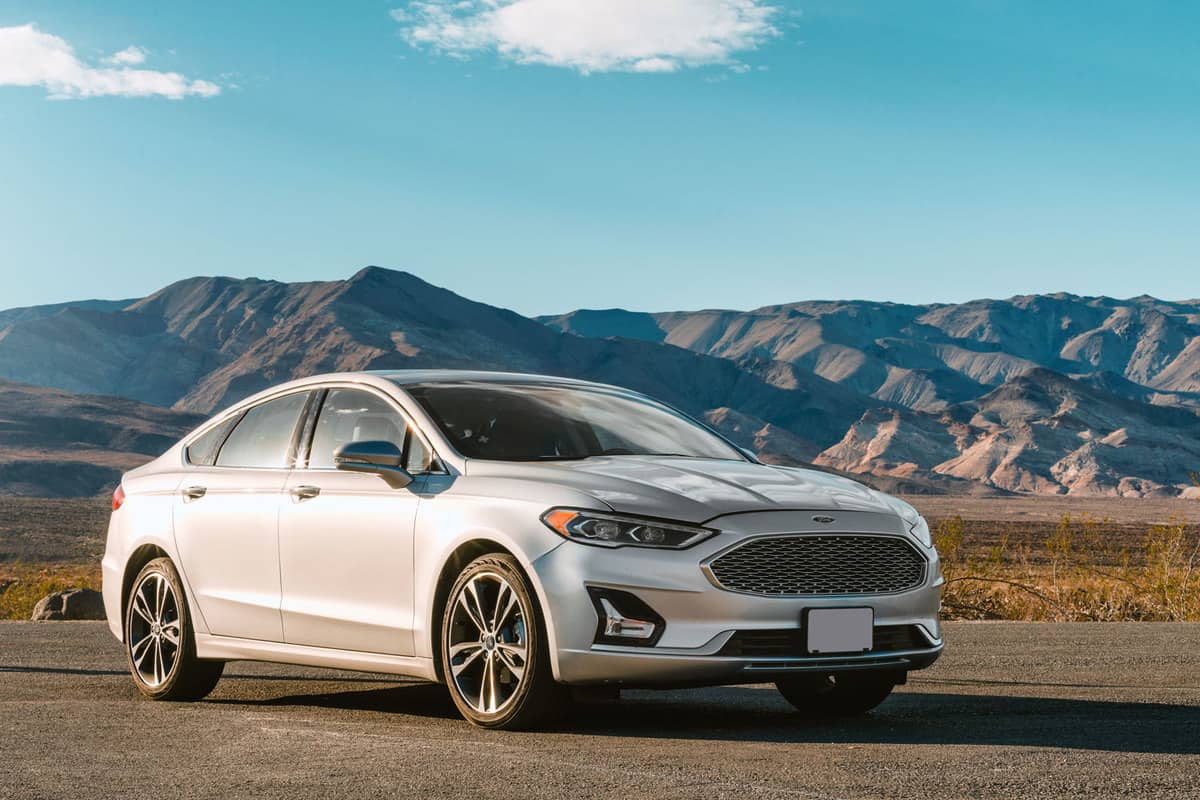 Overall, we would say Ford's AWD will be reliable. Autobytel rated Ford's 2017 Fusion as one of the best all-wheel-drive options for that model year, placing it alongside brands like Jaguar and Porsche.

Ford's AWD is known for its technology, including how it assesses road conditions 20 times faster than the blink of an eye and can adjust to them. Not only does this help in inclement weather, but it can also prevent getting into an accident altogether.

What Car Brand Has The Best AWD System?

Although there isn't one correct answer to this, Subaru, Audi, Ford, and Mazda, are known for their high-performing AWD systems. Of the bunch, Audi tends to have better ratings across the board, but any of these brands will be good.

For non-luxury cars, Subaru and Ford will have some of the best all-wheel-driving systems, with Ford's standing out in snowy and wet driving conditions specifically.

How Does The Ford Fusion AWD System Work? 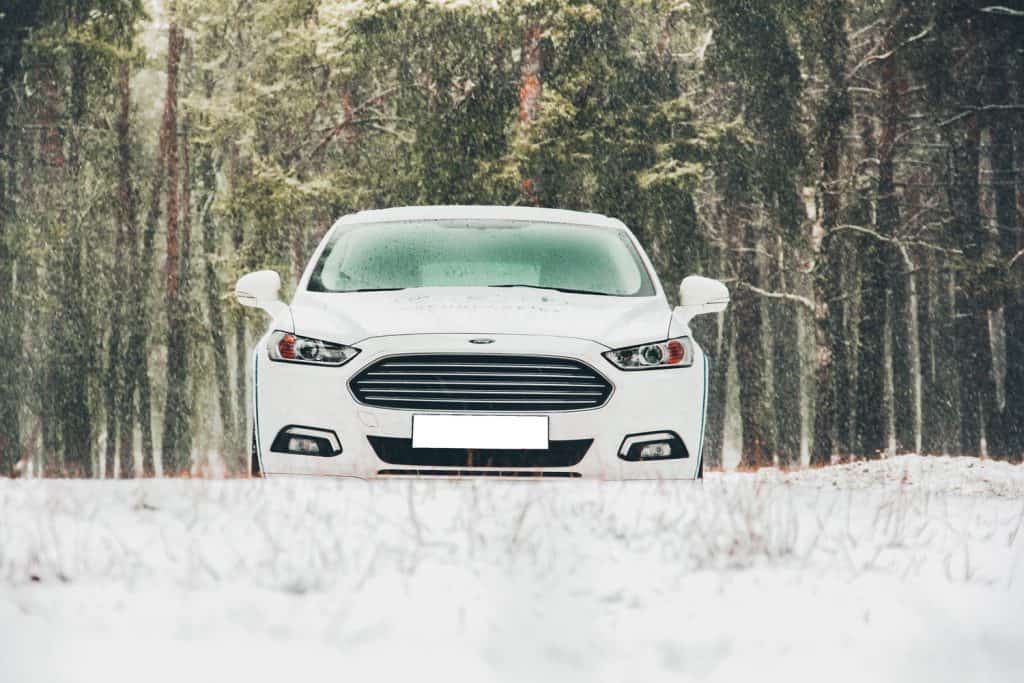 A Ford Fusion's AWD uses a computer to analyze how you drive and the surrounding area. Specifically, this system monitors speed, throttle position, and steering angle to give you the smoothest driving experience possible.

Your Fusion's all-wheel-drive will also adjust the amount of torque it gives each of its axles in real-time, meaning you can drive on all types of roads without losing traction.

Is The Ford Fusion AWD Good In Snow?

Yes, the Ford Fusion's all-wheel-drive can come in handy if it's snowy or icy out. Ford's system can be especially useful in snow-covered parking lots, unplowed roads and even help you accelerate on slick surfaces.

Like we said above, Fusion's AWD technology is super fast, which can prevent your car from spinning or sliding out of control if you hit black ice on the road. This all-wheel-drive system is also great for descending steep slopes during winter, so it has plenty of benefits.

Can You Use AWD All The Time?

Although you can use all-wheel drive constantly, we don't recommend it. In general, you should only utilize your car's AWD if the road conditions call for it, like in the snow or rain.

That said, some drivers claim that using all-wheel drive all the time can help with fuel efficiency, so opinions vary. Again, it's better to use the AWD feature whenever you think it's necessary rather than just to do it.

No, the Ford Fusion has optional AWD, meaning you can turn it on and off as needed. Having this can be better for your car's overall health, allowing your all-wheel drive to rest during normal road conditions.

Over time, your vehicle's AWD system can degrade, so using it more than necessary isn't always helpful.

Does The Ford Fusion Have Cruise Control? 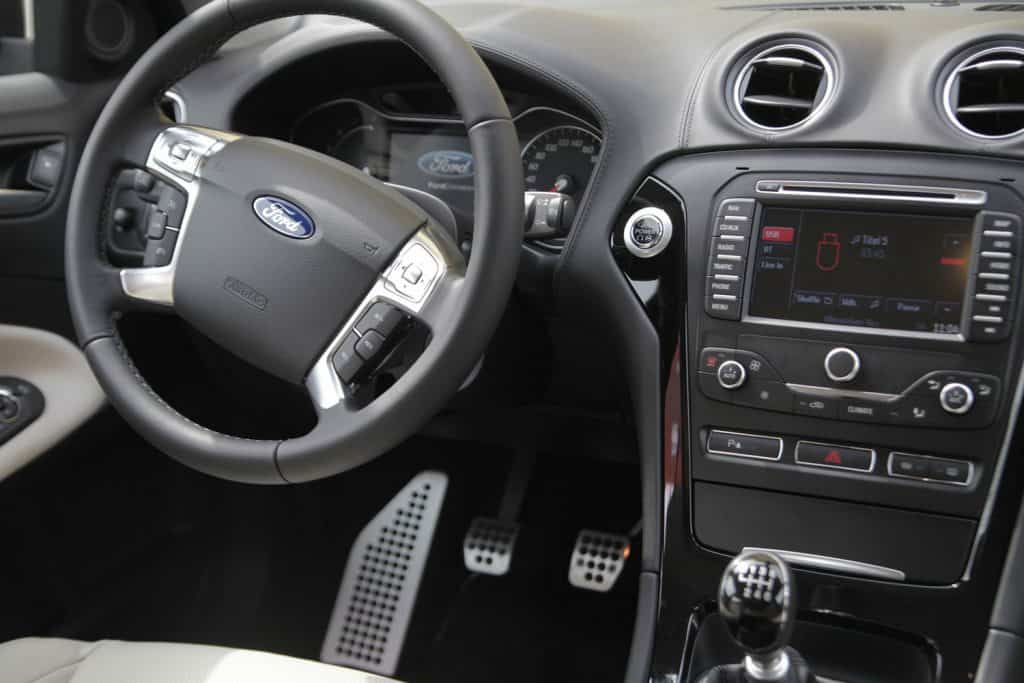 Yes! Ford Fusions made between 2017 and 2020 offer an adaptive cruise control feature. This will come standard on 2020 models and is great for highway driving.

To use the adaptive cruise control feature inside your vehicle:

Does The Ford Fusion Have Lane Assist?

Yes, the Ford Fusion will also have a lane assisting feature. This works similarly to AWD by applying torque to a specific tire that goes outside a designated lane and then bringing your car back to its original spot.

A Fusion's lane assist will alert you by vibrating the steering wheel if you drift, so this can be very helpful for tired/distracted drivers. According to Ford, it's also possible to have your Fusion send you alerts and reminders to take a break from driving if your car goes out of position multiple times, which is a great safety feature to have.

What Are The Worst Years For Ford Fusion?

Although the Ford Fusion was a very successful vehicle, there are some model years to avoid. Starting in 2010, Ford Fusions saw lower than expected ratings from customers, only getting worse over the next few releases.

From 2010-2012, the Ford Fusion went from bad worse in terms of feedback, ultimately forcing them to redesign the car again in 2013. Not only did the physical look of the Fusion disappoint drivers, but the overall performance also raised eyebrows, so if you can, avoid purchasing any cars from this period.

Does The Ford Fusion Have A Lot Of Problems?

Overall, the Ford Fusion is a great vehicle, but there have been extended complaints about its engine, transmission, steering, and even certain models combusting. Most commonly, the Fusion has had problems with its automatic transmission, either stalling between gears or even failing altogether.

According to Ford Problems, there have been over 2,031 complaints made since the Fusion debuted, and they rank it 37th out of 42 Ford models.

Is Ford Discontinuing The Fusion? 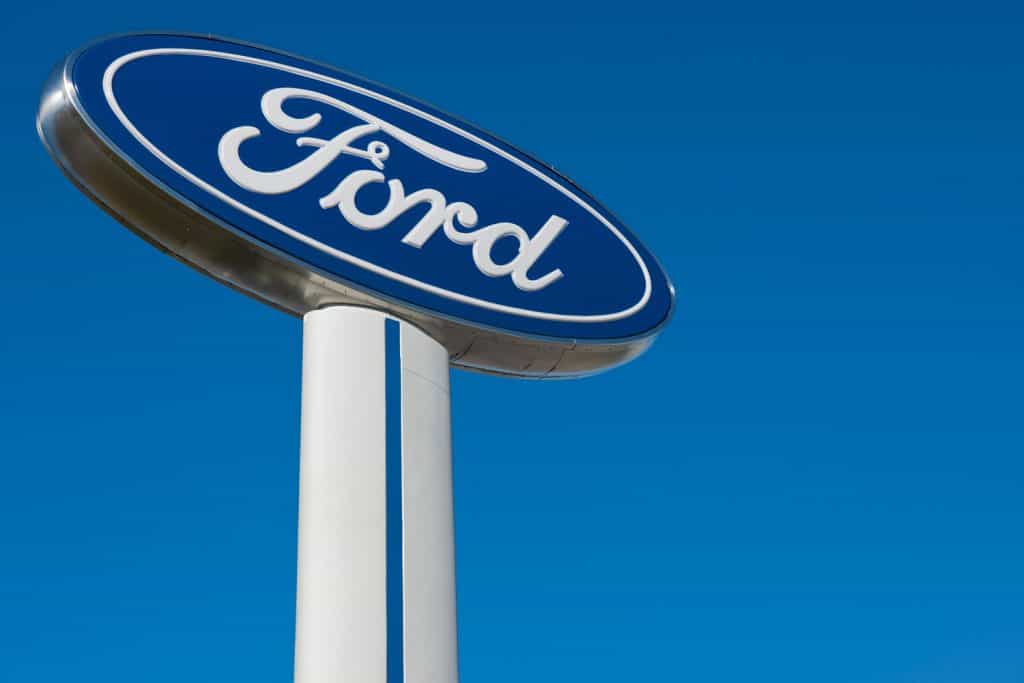 Sadly, Ford did discontinue the classic Fusion after its 2020 release. On the bright side, the company has given information about an updated wagon version of this car, entitled the "Fusion Active."

This vehicle was initially supposed to drop in late 2021, but with shipping and production delays, fans can now expect to see it on dealer lots in the first quarter of 2022. Again, it will not have the same body configuration as the original Fusion, but Ford promises an impressive new lineup regardless.

Why Is Ford Getting Rid Of Sedans?

After the brand's 2018 announcement of phasing out sedan sales and production, Ford has switched its focus towards SUVs, trucks, and crossovers. Although there isn't an exact reason for this, Ford claims that its customers prefer bigger vehicles, which could explain the change.

That said, Ford's Mustang lineup is still scheduled for production moving into 2022, so you aren't completely out of luck if you want a smaller car.

Whether you have a Ford Fusion or want to buy one, knowing its features is essential. From what we found, the Fusion does offer all-wheel drive, as long as you choose its SE or Titanium trim level.

When it comes to using your Fusion's AWD, this depends on the road conditions you're driving on, like if it's snowing or raining. You can also try using your vehicle's adaptive cruise control feature for highway driving, plus its lane-keeping assist, so you've got plenty of safety features.

Made it to the end? Check out these helpful related Ford posts below!

Ford Fusion Won't Start - What Could Be Wrong?

How To Lock And Unlock A Ford Ecosport Without A Key

Ford Focus Won't Start And No Clicking - What Could Be Wrong?