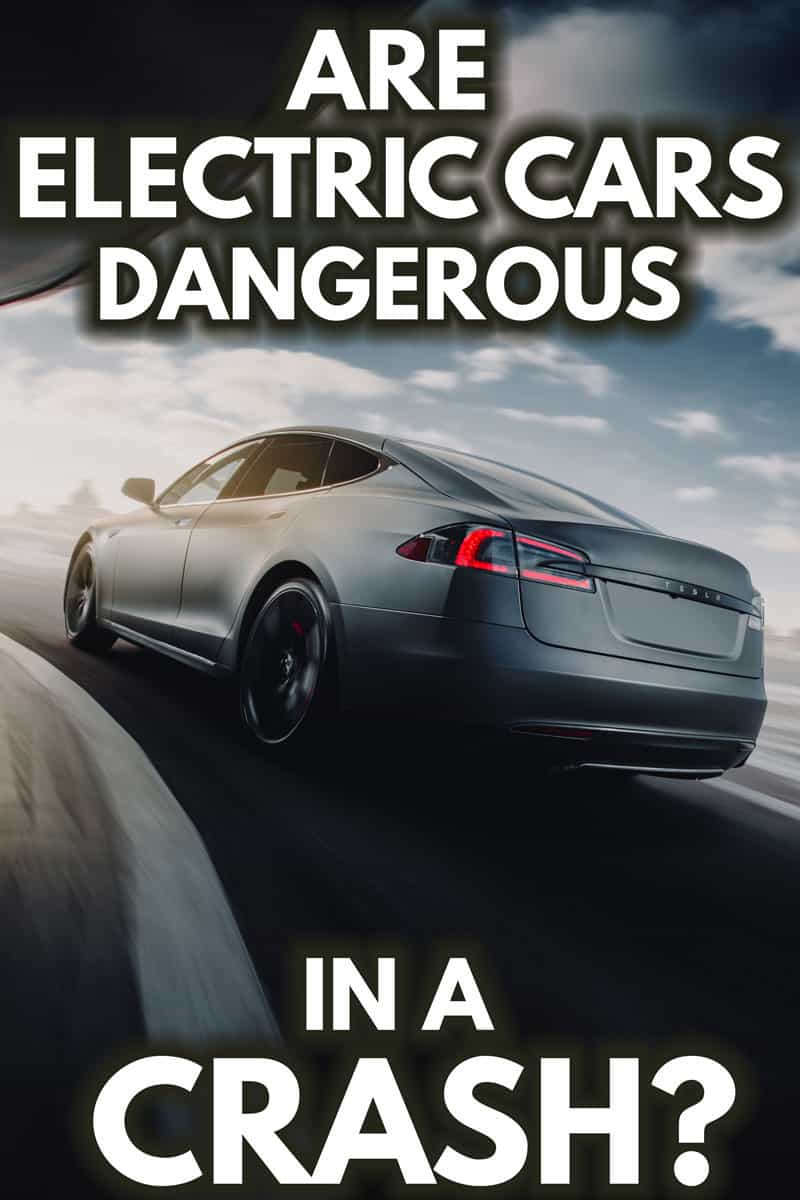 Despite their popularity, many people still have questions about whether electric cars are dangerous in a crash. No one wants to climb behind the wheel of a vehicle that could be deadly for themselves and their families. We have dug into the facts and uncovered the information you need to make an informed consumer decision about the safety of electric cars.
The evidence indicates that electric cars are not dangerous in a crash. The National Highway Traffic Safety Association has concluded that the likelihood you suffer an injury in a collision while driving an electric car is a little lower than if you were in a conventional vehicle. The public is often slow to adopt new technology so it isn't surprising some people would question the safety of electric cars. A few of the advantages of electric cars include:
That is not to say electric vehicles are foolproof. The primary safety concern surrounding electric cars has long been the fire hazard that the Lithium-ion battery system could pose to people inside the vehicle as well as first responders. These are issues that are not present in a conventional car battery. As we will talk about, carmakers have taken steps to mitigate these legitimate dangers.

While fires aren't out of the question, there is currently nothing to suggest electric cars are more volatile than their gasoline-powered counterparts. There were some well-known cases of earlier models catching fire which helped perpetuate the idea that vehicles powered by Lithium-ion batteries pose a greater danger to consumers than gas vehicles. As demand for electric cars has grown, it has become easier to find reliable data on the subject from governmental and industry sources that refute that claim.
One major advantage an electric car has in a crash is the absence of oil and gasoline. These are flammable liquids and are easily ignited in a crash. The National Fire Protection Association reports there were around 174,000 vehicle fires in the United States in 2015. 455 people died as a result of these incidents. Indeed, the report doesn't differentiate between electric and internal combustion engine cars, but we know that the bulk of the vehicles covered in the data are gasoline vehicles.
Yet, as we stated earlier, lithium-ion batteries can catch fire. The question is not if it can happen or not, but if the event poses a threat to the driver and passengers. When a battery suffers external damage or short circuits a phenomenon known as thermal runaway can occur. This causes the temperature to increase which leads to the battery's energy being released. The subsequent chain reaction could lead to a fire that might spread throughout the car.
The good news is the chances of thermal runaway putting you at risk following a crash are low due to the improved construction of lithium-ion batteries. Compartments inside the battery help keep fires isolated. When there is a problem in one compartment the insulated compartment walls prevent it from spreading. The monitoring system will shut the car down when a fire is detected. A motorist is only out the cost of a battery repair rather than the more expensive, and even deadly, alternative.
In rare cases, Lithium-ion batteries can catch fire and burn out of control. When this happens, it does present unique difficulties for firefighters and fire responders. Just think of the difference between an electrical fire and grease fire in your kitchen; both are dangerous, the difference is in how you combat them. Many electric car manufacturers have published guides that detail how to deal with these types of fires. This helps keep firefighters and EMTs from being burned or electrocuted.

Can an electric car explode?

Just as electric cars are less likely to catch fire than a gasoline model, explosions aren't as common in vehicles without fuel tanks. Gasoline vehicles typically explode when something punctures the gas tank. In an electric car, a malfunctioning or damaged battery would be the source. As we illustrated earlier, a Lithium-ion battery's design decreases the likelihood of fires. This same technology also helps protect electric cars from explosions.
Another trait of electric cars is how much more they weigh than gasoline vehicles. Depending on the source, this can be an advantage or a disadvantage. Some will point to the high number of fatalities involving lighter weight cars while others attribute a higher frequency of rollover accidents to heavier vehicles. There is not enough evidence to conclude that one car will keep you safer than another because of how much it weighs.

What are the safest electric cars?

Like with gas vehicles some electric models do a better job of address the safety concerns of the public. Whether a vehicle is safe or not can depend on several factors including the design of the car and specific safety features. Each year some cars outshine the rest of the pack. Here are the safest offerings from the electric car market.
According to Kelley Blue Book, the safest electric vehicle for 2019 is the Mercedes Benz GLC. This plug-in hybrid gets high marks for state of the art safety features such as active brake assist, which alerts you when a collision with another car or object is imminent, and attention assist, a system which monitors the driver's performance to identify signs of drowsiness. The National Highway Traffic Safety Administration gave the Mercedes Benz GLC a five-star safety rating based on crash test results.
In second place on the list is the Chevrolet Volt, with a five-star crash test safety rating. This includes categories such as frontal crash, side crash, and rollover. The Volt has been around 2011 and has made major strides in safety over the years. It was also a top safety pick for 2018.
The NHTSA ranks the Mitsubishi Outlander high on its list, due in large part to technology that warns drivers of hazards and monitors blind spots. It performed particularly well in side-impact crashes. The rear cross-traffic alert system provides the driver with multiple warning when it detects danger while the vehicle is backing up.

Volvo has two entries on the list; the XC90 and the XC60. The XC90 is a standout rates high thanks to its front crash prevention features. Some auto insiders have called the XC60 one of the safest vehicles on earth, among electric and gasoline cars. Both enjoy exceptional IIHS (Insurance Institute for Highway Safety) ratings.
Other vehicles receiving good reviews include the Chevy Bolt EV, Subaru Crosstrek, and Tesla Model X. All three earned a five-point overall safety rating. Any of the three should give you peace of mind when you are behind the wheel.
Vehicle safety is a huge consideration for the car-buying public. We have taken a look at the most current data and could find no conclusive evidence that electric fires are more dangerous in a crash. However, you should always conduct additional research before buying any vehicle. Whichever type of car you decide to commit to, it should provide you and your loved ones with safe, reliable transportation.

Does Honda Fit Have AWD?

How Long Should A Honda Fit Last?