Electric cars have been the new wave of automotive transpiration in recent years. But, even though they are powered differently, does that mean they still have alternators? We have researched to answer this question for you in this article.

Electric cars like Tesla don't have alternators. Instead, they have DC to DC converters that power the 12v battery. Thus electric cars don't need to have an alternator.

Understanding why electric cars don't have an alternator can be confusing. This article will explain why electric vehicles don't have alternators. In addition, we will discuss and answer other frequently asked questions about this matter, so read on! 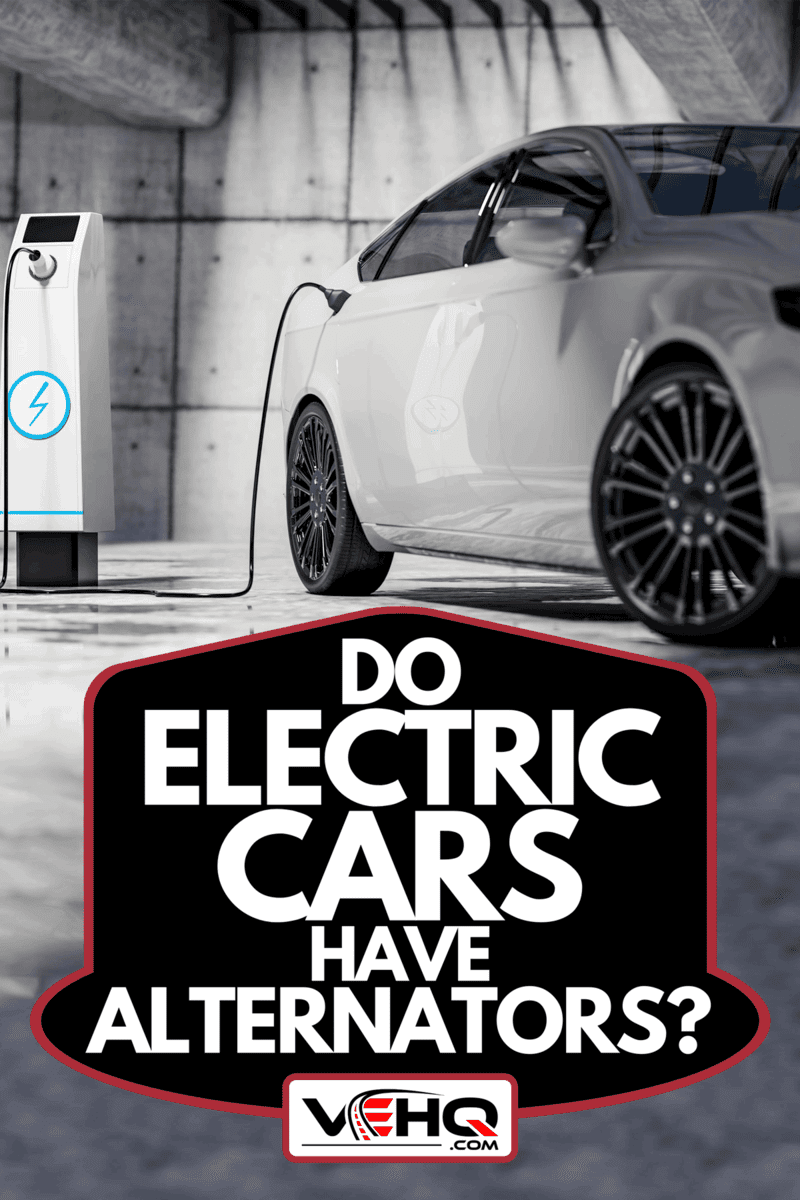 The simple answer to why electric cars do not have an alternator is that a DC source can power them. An alternator works by converting the kinetic energy of a rotating shaft into electrical energy using electromagnets and power from the engine's battery to power such electromagnets.

This electricity is then used to generate electric current and voltage. Electric cars do not need this because they use a battery-powered DC source instead of having an engine to power the alternator. This means there is no rotating shaft similar to what you would find in an internal combustion [gasoline] car.

The DC to DC converter is the component in an electric car that converts direct current from the batteries into alternating current to power the accessories and systems in the vehicle. It is necessary because electric cars do not have an alternator to generate the AC.

The converter converts one current type to another or uses electrical components like capacitors, inductors, and diodes. Now that you know why electric cars don't have an alternator, you can learn about the other questions we researched. 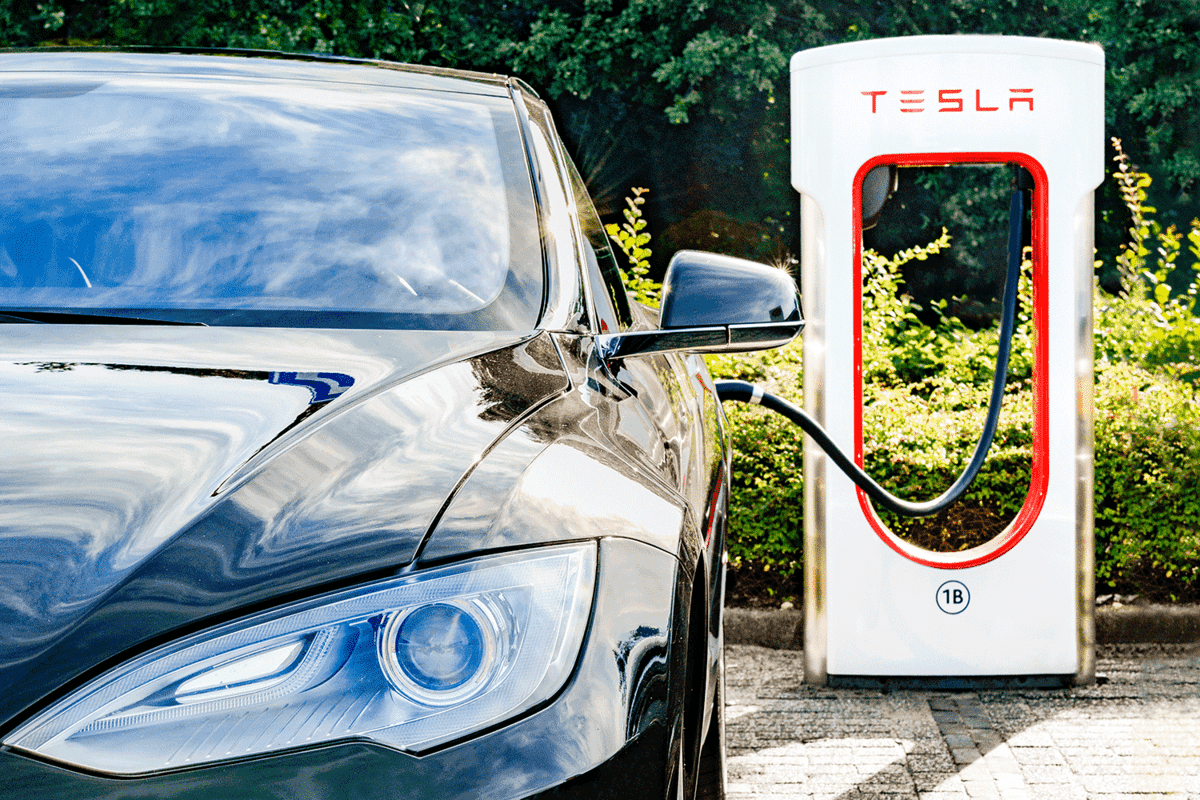 That's another difference between the DC converter and an alternator. The alternator will keep the 12V battery charged as you are driving. However, the vehicle will stop running when you run out of fuel.

Yes, electric cars lose charge when parked, but it is minimal. The reason is that even the car is not being driven, the battery is charging other car components.

The amount of power that the battery loses when parked isn't anything to worry about. The main thing that will drain the electric car battery is driving it. If you need to sit in the park for a couple of hours, don't worry about losing too much driving radius.

When the car uses energy while parked, it uses parasitic drag. This means that when you park your electric vehicle for an extended period of time [more than 24 hours], its battery will deplete slightly over time because other components are using power, even if the car is not in use. 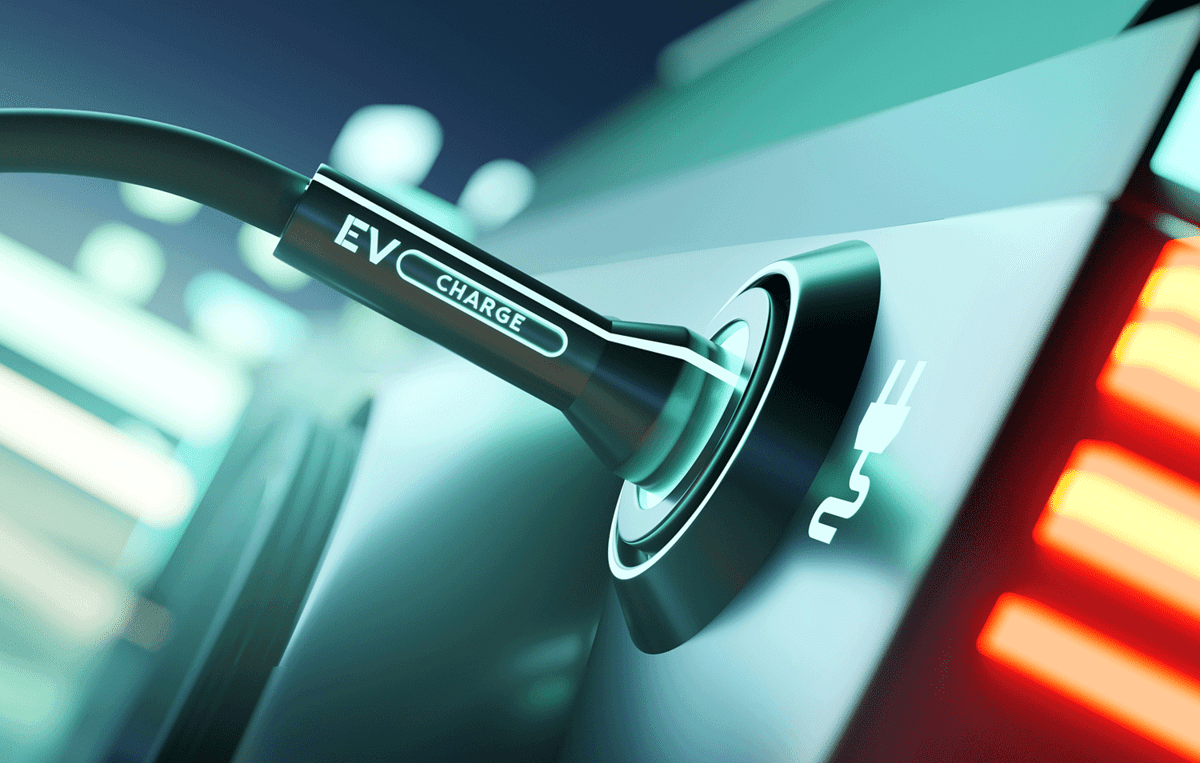 What happens if an electric car runs out of charge?

When an electric car runs out of charge, the battery is completely dead. While this might sound like a bad thing, it isn't because it just requires the driver to plug in their vehicle and recharge its batteries to use again.

However, if you aren't near a charging station, you will have to have the vehicle towed. The reason being is that you can't bring a charging station to you like bringing fuel to your gas car. This is why it is important to ensure your electric vehicle has enough charge before leaving your home.

How far do electric cars go?

Most electric cars will go 250 miles on a full charge. This is because most people mainly use their car to get from place to place near their homes or within a large city to recharge their vehicle at home overnight.

There are only a few electric vehicles with a range of 300+ miles, such as the Tesla models. These cars are usually used to drive longer distances, but they are unnecessary for the average person's daily commute.

Should I charge my electric car every night?

For example, if you don't plan to leave your home the next day and your car still has a 60% charge, you don't need to worry about it. It's good to give the battery a break from constantly being charged.

The only time you should charge your electric vehicle is when you plan on a long road trip.

For example, if you know you will travel over 500 miles with only one charging station along the way, then it is a good idea to have a fully charged vehicle. This will ensure you are not stranded on the side of the road waiting for help. 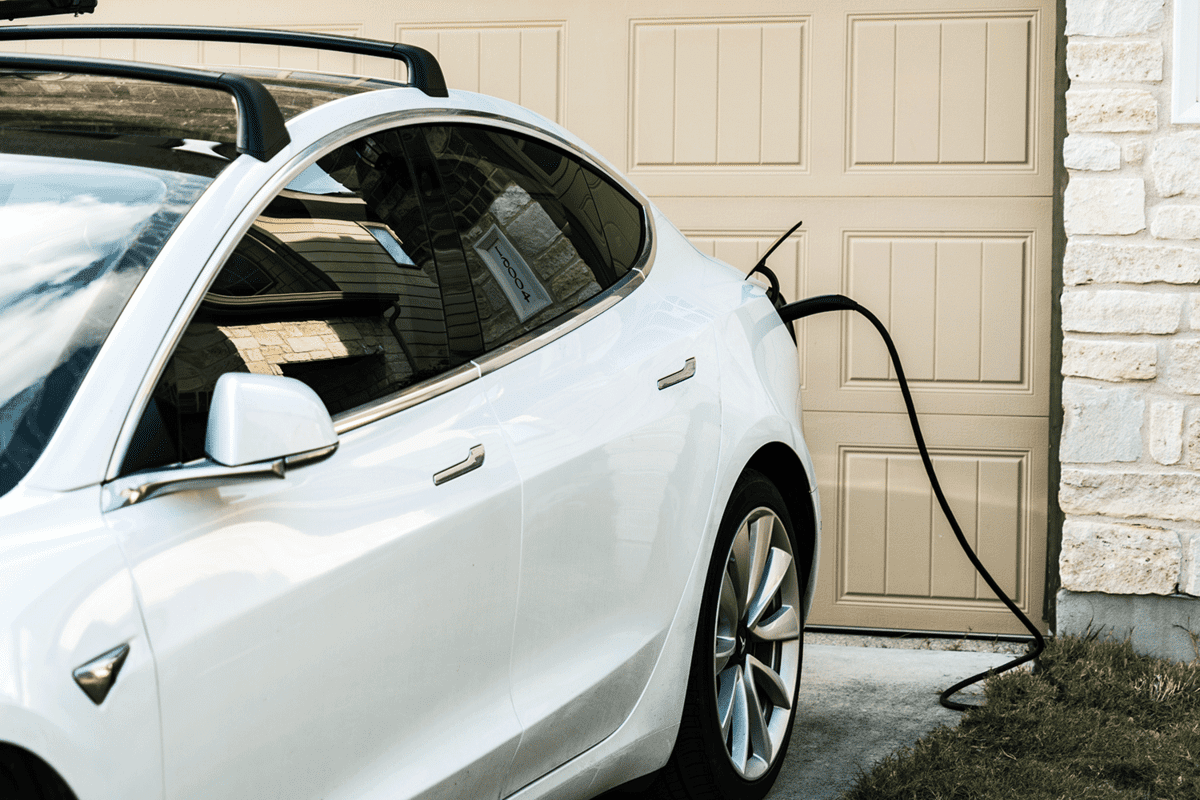 How long does it take to charge an electric car?

It will take several hours to recharge your electric vehicle, depending on the voltage level and type of charger you have. Luckily, most types of chargers can power up your vehicle with a charging station.

Most electric cars can be recharged using either 220-volt or 110-volt power outlets, which will require you to install special equipment in your home. But if you are looking for convenience and speed, then Tesla's Superchargers would be the best choice.

Tesla's Supercharger is the fastest way to recharge your vehicle for a long-distance trip. For example, it can completely recharge the average Tesla car in about an hour. You can find Tesla's Superchargers in most states throughout the US and Canada.

Are there portable chargers for electric cars?

There are portable electric chargers for electric cars. They work the same way as plugging in your car to recharge, but you can use them anywhere.

For example, a portable charger would be ideal if your electric vehicle does not have 220-volt outlet access. You will need to ensure that the charger's voltage matches your vehicle and that you don't leave it on overnight.

For portable chargers, you can check out companies like Blink and ZipCharge. Both of these companies have their electric car chargers, which are perfect if you do not want to only depend on the equipment in your home or charging stations.

Are electric cars good in the snow? 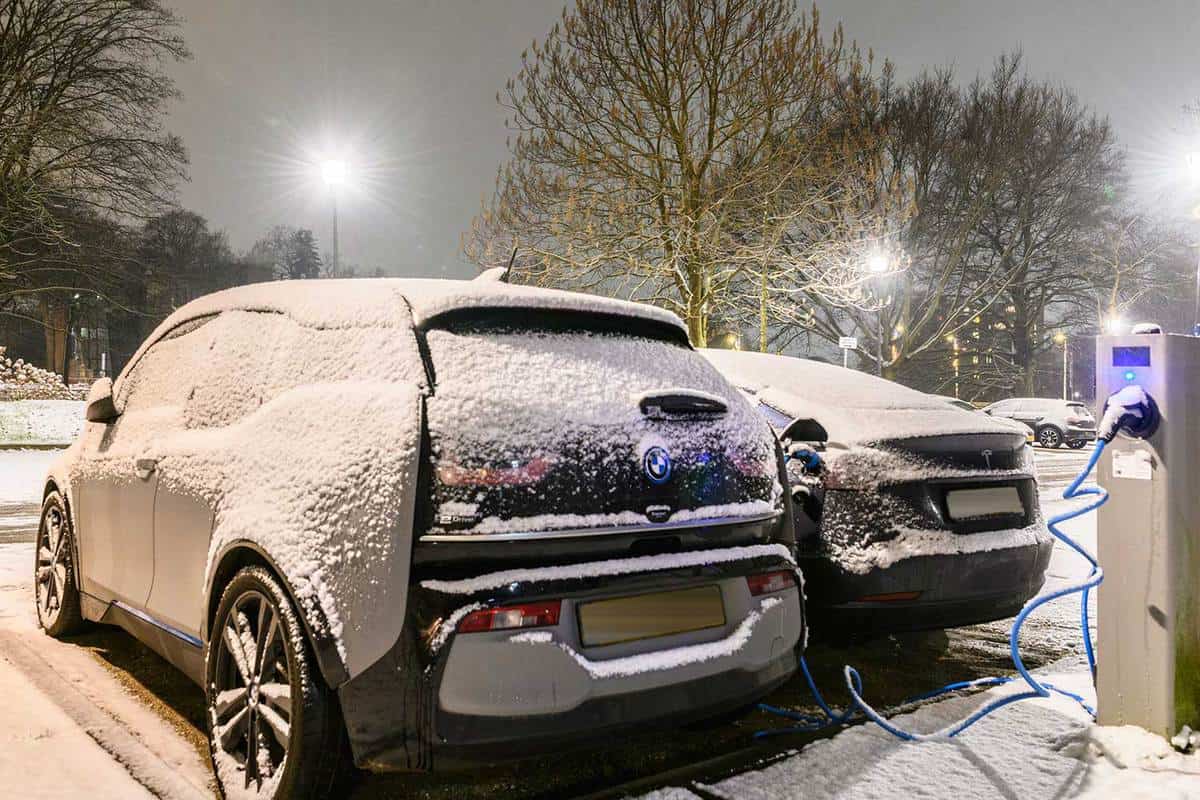 Should I get an electric car?

An electric car is good for someone who plans on using their vehicle less than 300 miles per week. If you do not take long road trips in your vehicle, then an electric car will be perfect!

Electric cars are great for people who want to save money on gas and reduce air pollution. You can recharge your electric car at home at a low cost. There is also the option to charge at many charging stations around your city, as well as Tesla's Superchargers.

However, if you make a lot of road trips, then the downfall of an electric car is the charge time. You can't drive an electric vehicle long distances without a charge. Plus, you will be waiting for close to an hour when you need to charge the vehicle.

An electric car is an excellent choice for someone who wants to save money and reduce emissions. However, if you make a lot of road trips, then an electric car may not be the best option for you, depending on where you live. Several factors play into which type of electric vehicle would be best for your lifestyle.

For example, you will need to figure out the cost of charging your vehicle at home compared to how much money you spend on gas. By doing research, you will find the best electric car for you!

What Causes A Car To Lose All Electrical Power?

Are Electric Cars Dangerous In A Crash?

Do Electric Cars Need Oil Changes Or Other Routine Maintenance?