Are you planning to add a ProCharger to your vehicle, and you’re wondering how much additional horsepower it could give your car? You’ve come to the right place, for we have researched this question, and we have the answer for you.

ProCharger has different models of different sizes. Bigger models have larger impellers with increased capacities, and a bigger air capacity can provide more boost in horsepower. On average, a ProCharger should be able to provide your car an additional 40-100 additional horsepower.

However, installing a ProCharger will change the way you maintain your car. Learn all about it in the succeeding sections. Read on! 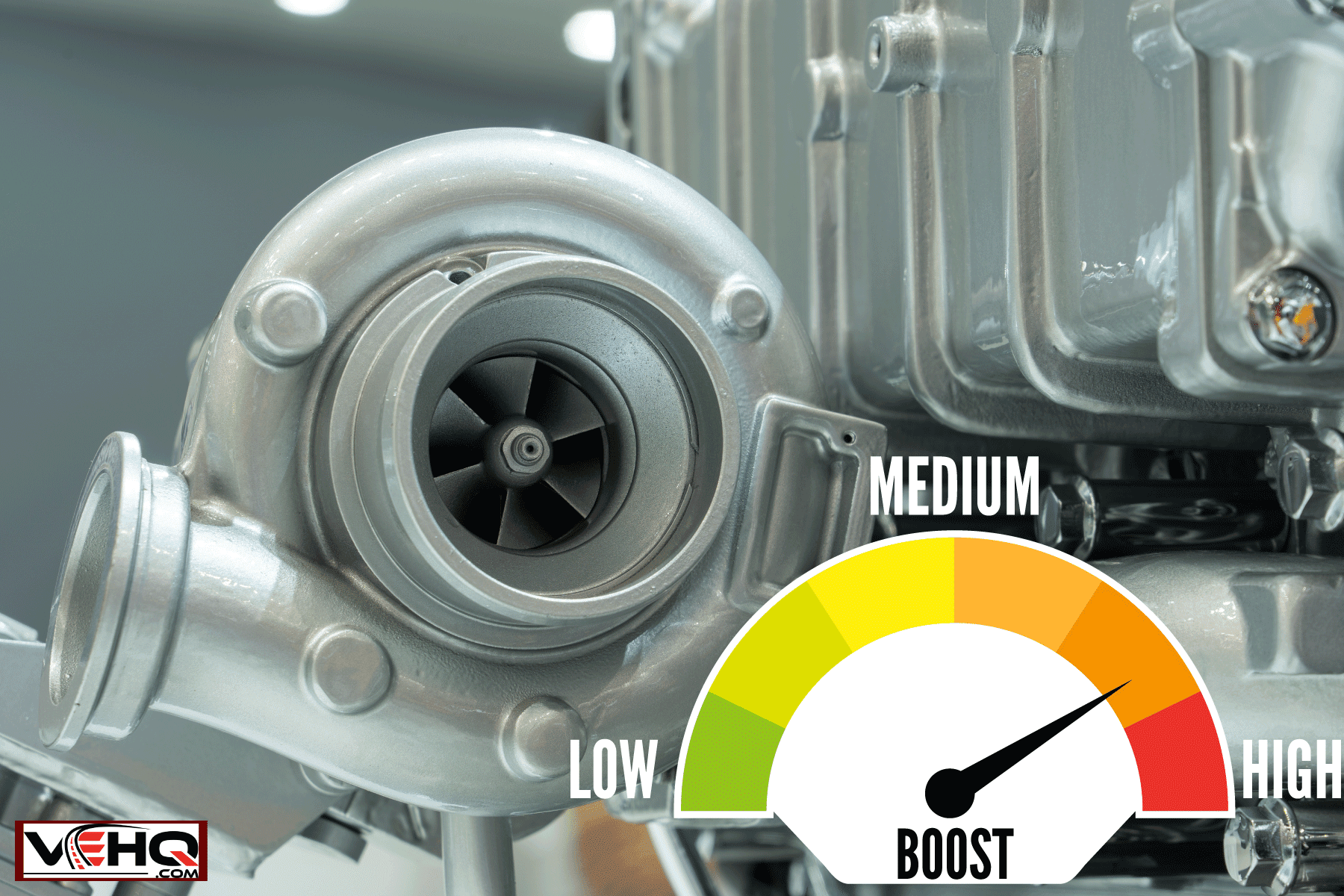 How does a ProCharger increase the horsepower of an engine?

An impeller is the mechanical opposite of a turbine. A turbine extracts energy from fluid movement or airflow. An impeller, on the other hand, applies energy to a fluid or air to increase the pressure on them instead of extracting energy.

Because ProCharger gets its power from the engine, there is no delay in power boost like in turbochargers as they wait for the car’s exhaust to build up speed inside the turbo.

How to maintain a car with ProCharger? 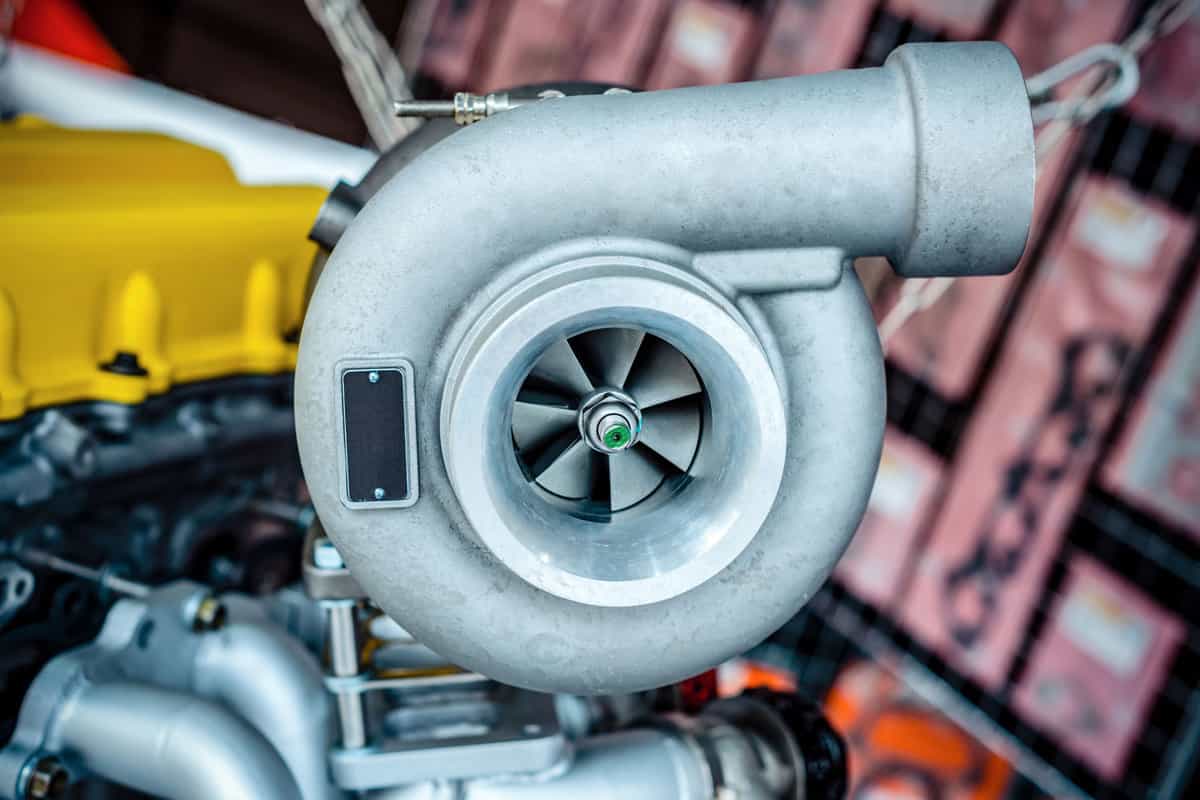 Think about it this way—if your car gained 40% more horsepower, that means your engine was exposed to 40% more stress and pressure that matches the horsepower gain.

This means that your car will need more frequent oil and oil filter changes. Check your oil level frequently. It is a good idea to replace your oil twice as often once you have a ProCharger installed.

It is a good idea to replace your thermostat with one that opens at a lower temperature. A thermostat maintains a specific operating temperature for your engine. Unless that temperature is exceeded by the engine, the thermostat will prevent the coolant from going to the radiator to be cooled.

However, if you have a ProCharger installed, the temperature in your engine will get hot a lot faster. Having a lower coolant temperature will allow the coolant to better cool your engine.

Here is an illustration of how this will work:

Imagine that you have a cup of water heated to boiling point and then transferred to a larger container. If you add a cup of lukewarm water to cool it down, it will not be able to cool the boiling water a lot.

However, if you add a cup of solid ice, it will be able to drop the temperature a lot more and faster.

It is also important to keep track of your coolant levels. An engine that constantly runs at high temperatures is more likely to develop leaks in the cooling system where the coolant might leak into the engine and mix with the fuel or oil.

If you’re constantly losing coolant, bring your car to a service center to check your engine for coolant leaks.

The Mishimoto MMTS-F2D-96L Silver low-temperature thermostat is available on Amazon. Check it out through this link.

Carbon buildup in the combustion chamber is one of the downsides of a direct injection engine.

A direct injection engine is more fuel efficient because it sprays compressed fuel into each engine cylinder where no fuel is wasted. However, fuel overspray does happen, and a small amount of fuel gets to the intake valve and ports.

The extreme heat inside the engine eventually makes overspray fuel gummy and sticky, and this accumulates over time.

An increase in fuel combustion means that more fuel is sprayed into your car’s cylinders. This also increases the rate that fuel overspray accumulates on the valves and ports.

This means that you will need to bring your car for carbon build-up cleaning more often.

What happens if you do not clean the carbon buildup in your engine?

The carbon buildup in your engine decreases the flow of fuel into your engine.

Carbon deposits can lead to a decrease in performance because the fuel injectors get clogged. In extreme cases, the additional heat and effective compression ratio inside the combustion chamber can lead to detonation.

A ProCharger is powered by a belt. This is an additional belt that you need to maintain and keep track of.

Belts have a specific number of miles before you need to replace them. Follow their replacement schedules and replace them slightly earlier.

The additional engine power means that these belts are also working extra hard to keep up with the additional horsepower. The additional heat inside the engine bay can contribute to the faster wearing of belts.

The type of fuel that you use for your car is important when you have a ProCharger installed.

Premium fuel helps extend the longevity of the engine. This can be significant since your engine is under a lot more stress and pressure with the installation of a ProCharger.

Premium fuel has fuel additives that lessen or remove carbon deposits inside your engine. Fuel enhancers that you add to your fuel can help keep the engine clean and can also help get rid of carbon deposits.

The Techron Complete Fuel System is available on Amazon. Check it out through this link.

Is a ProCharger better than other superchargers? 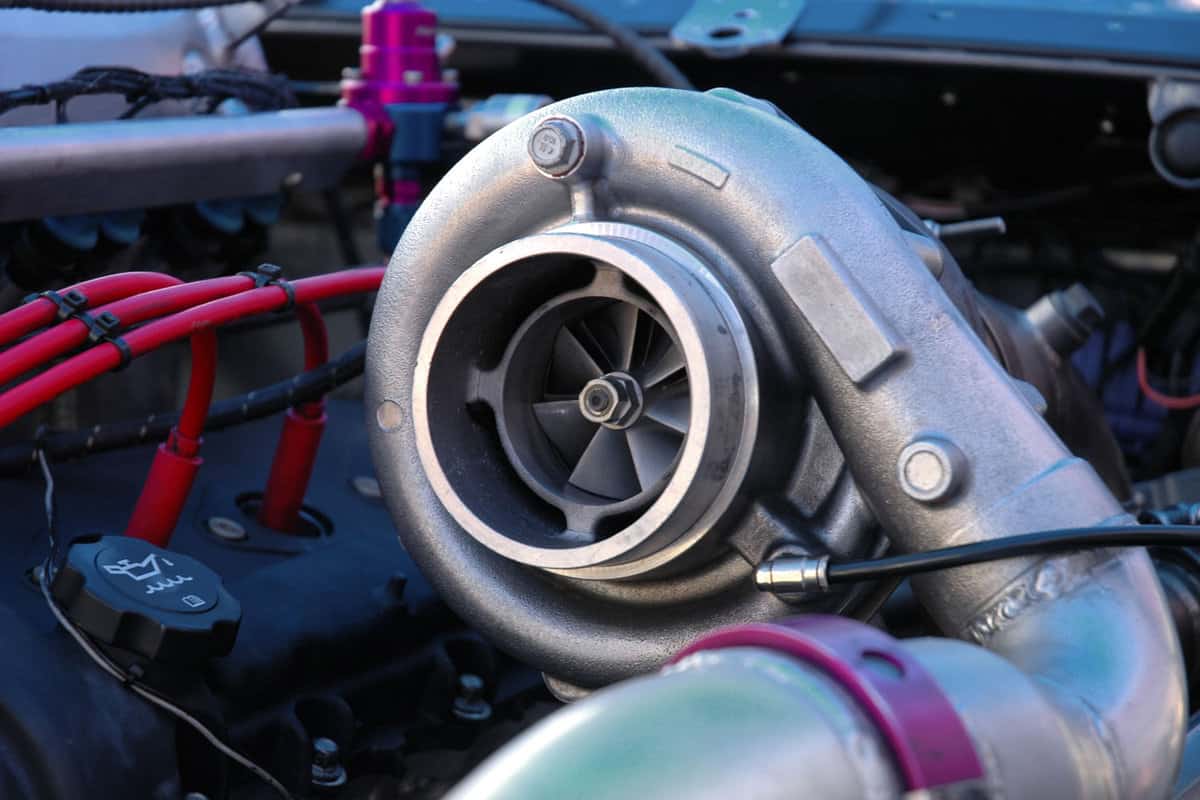 One of the biggest advantages of ProCharger is its size. It is smaller, thus taking up less space inside your engine bay.

Since it is smaller, it is also lighter than most superchargers that you can find on the market. A lighter weight means that the additional horsepower you gain goes into acceleration and not into carrying the additional weight.

The compressed air that is supplied by ProCharger is proportional to the RPM. This makes it more fuel efficient compared to a regular supercharger.

The additional power—and noise—of most superchargers can be illegal for street use in some states. ProCharger has street-level models and race-level models.

Is a ProCharger a supercharger?

What is the smallest ProCharger?

The A-1 is the world’s smallest self-contained, centrifugal, gear-driven blower, according to ProCharger. This small ProCharger was able to double the horsepower of a Polaris UTV.

Does a ProCharger need an intercooler? 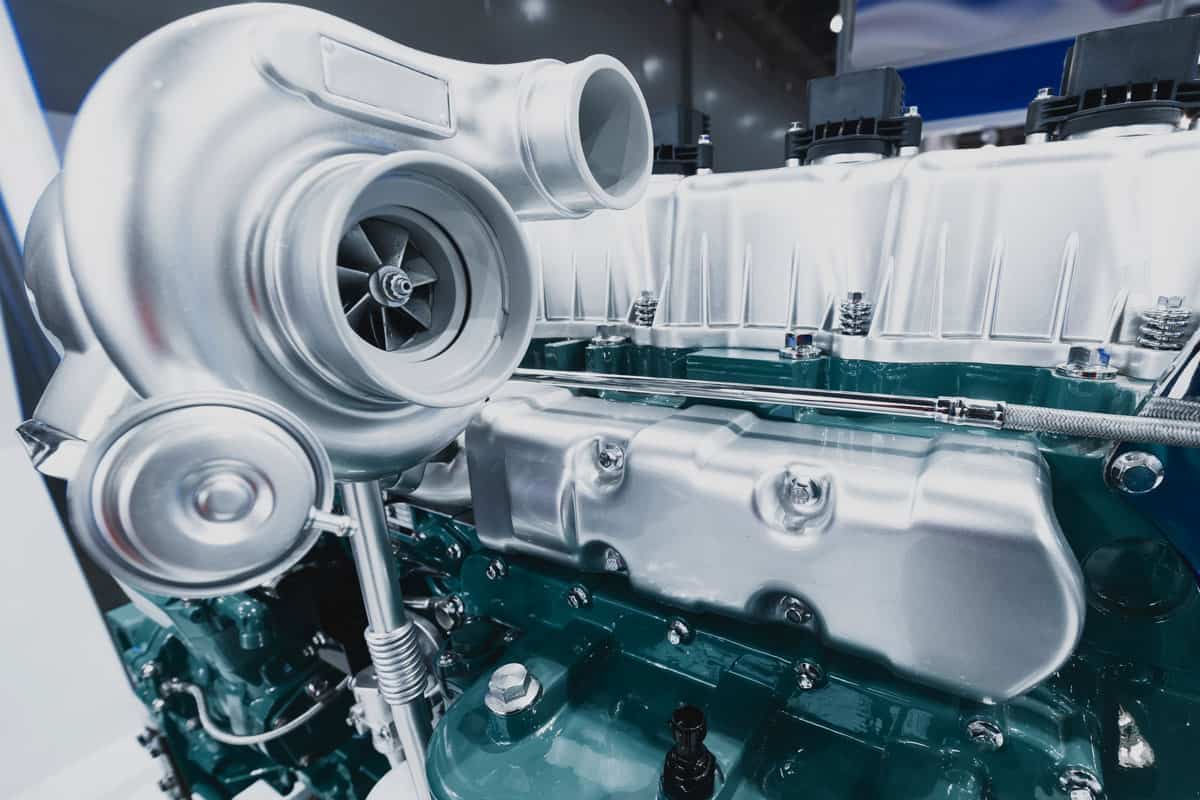 Adding an intercooler will lower the compressed air temperature before it enters your engine. Cooler air increases the volume of oxygen that gets into your engine and improves the performance further. 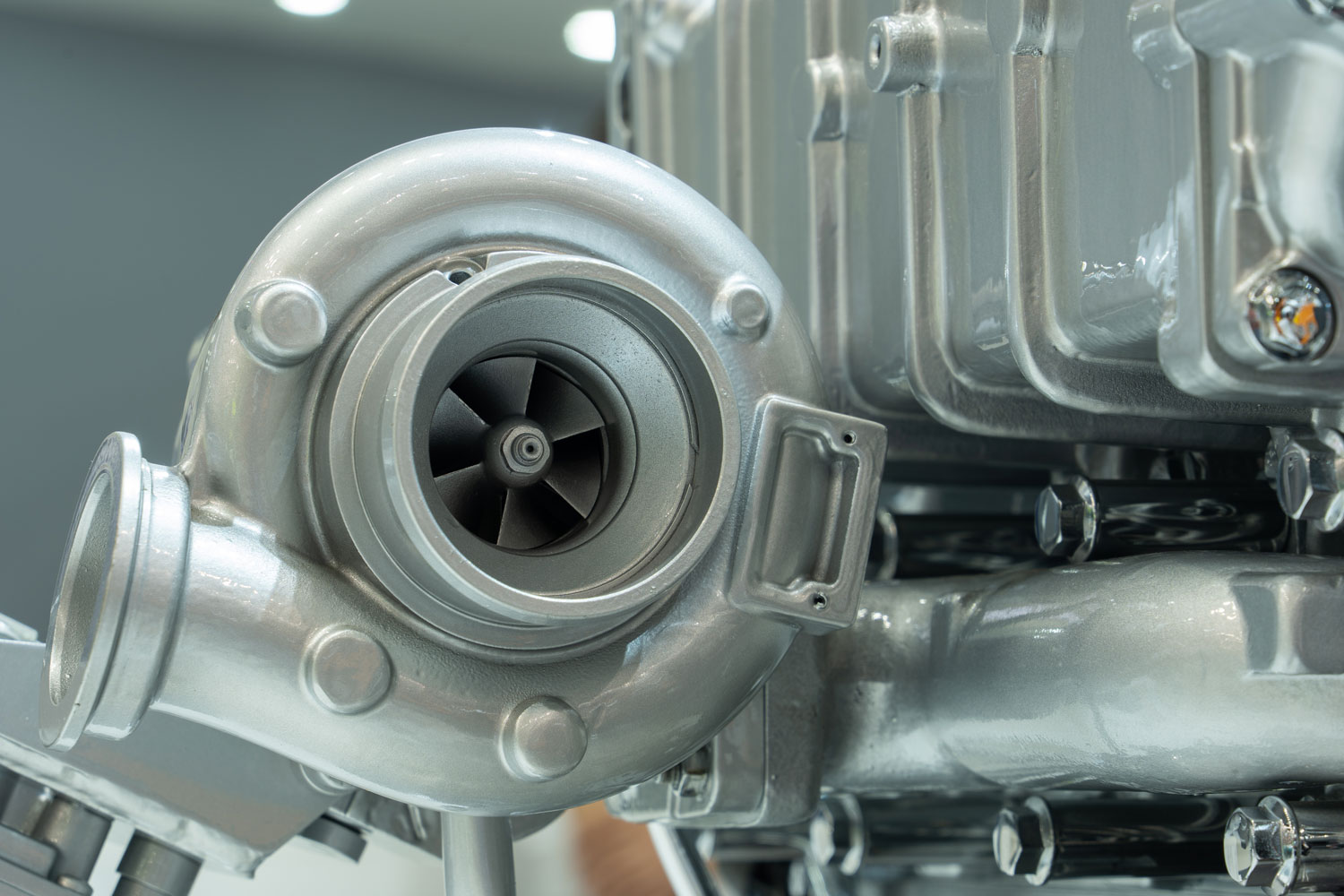 The additional horsepower that a ProCharger can give your car depends on the model. Bigger models—race-level models—can provide more extra horsepower to a car.

Can You Turbo Or Supercharge A Nissan Maxima?