Switching to a Ford F150’s Eco Mode each time you start the engine can become a cumbersome task. So now you’re wondering if there’s a way to make this drive mode the default option for each engine startup. We researched that concern for you and here’s what we found.

You can keep a Ford F150 in Eco Mode by installing a drive mode memory module. This project often requires the following steps:

At first, it might seem like a relatively straightforward task. But miss a few details and the memory module might not work as intended. Continue reading as we talk about these steps in greater detail. 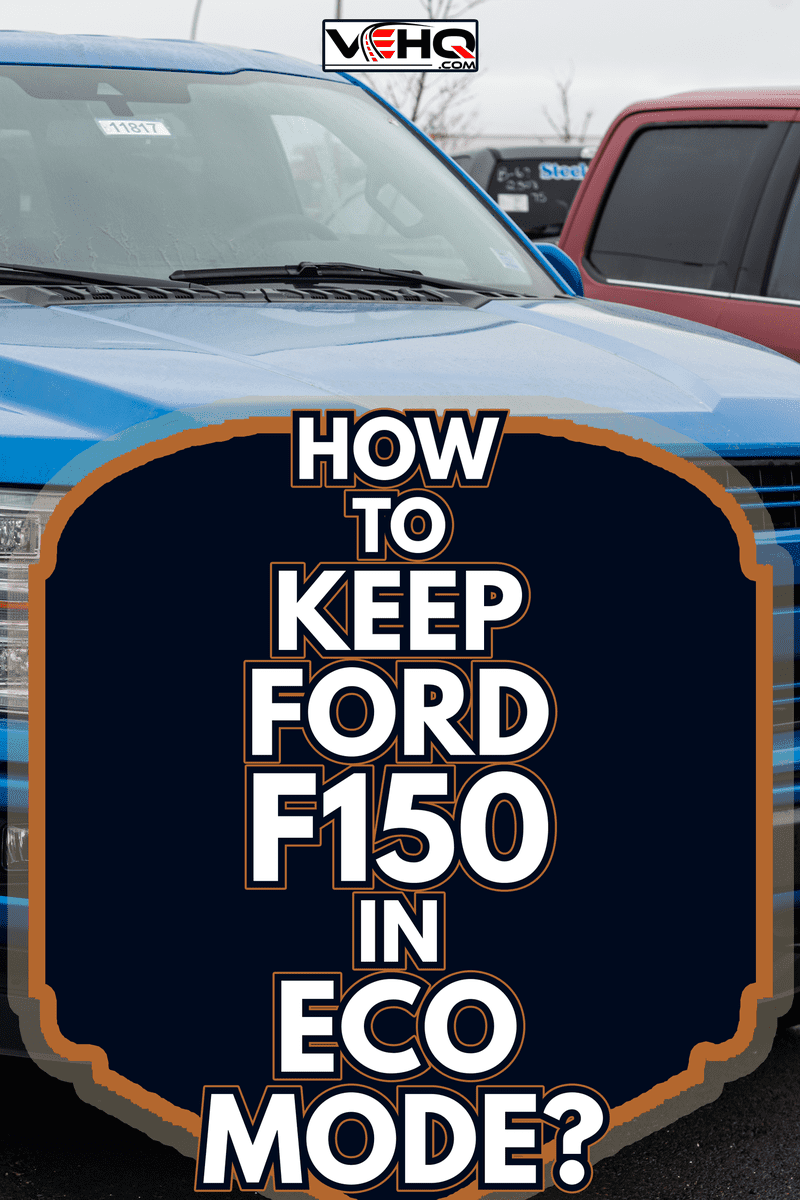 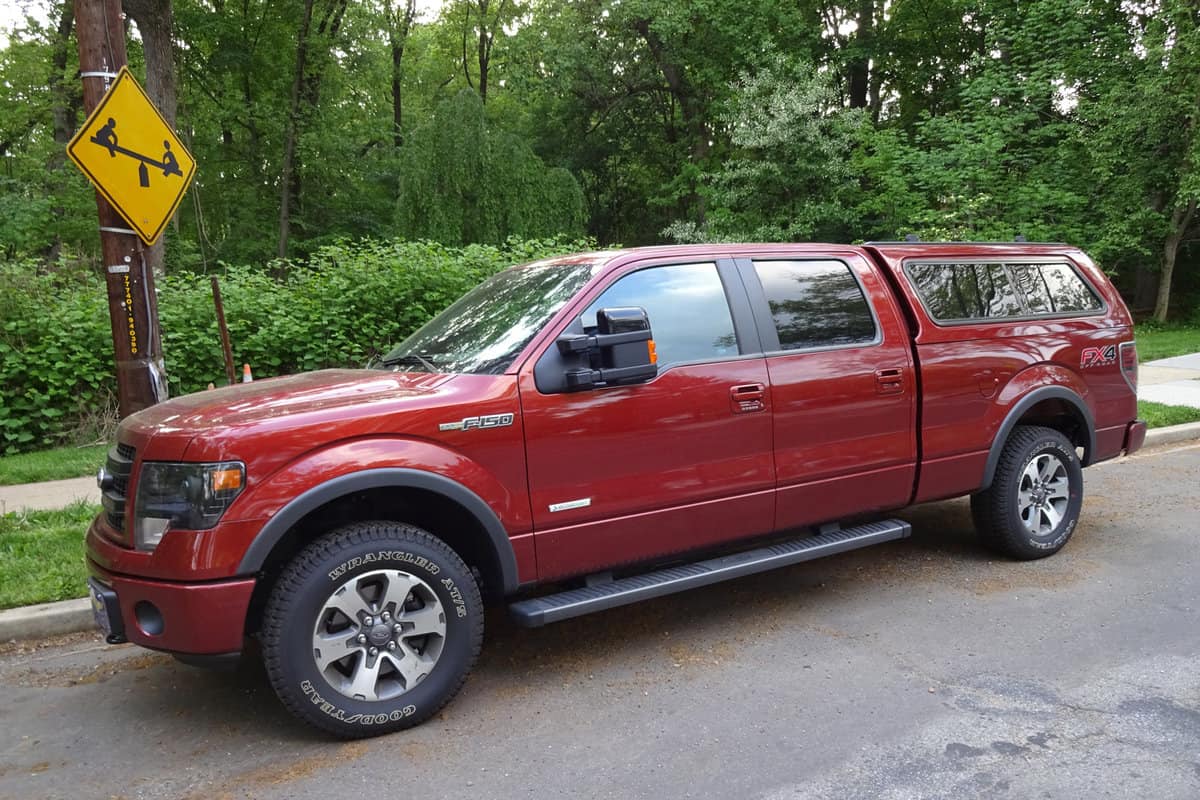 Step #1: Remove The Trim Around The Gear Shifter

Place the flat-head screwdriver between the plastic trim and its base. Then, add a slight pushing force to the screwdriver to help pry open the cover. Pull and remove the trim carefully before setting it aside temporarily.

After removing the gear shift cover, you should be able to expose two torque screws. Use a Philips head screwdriver to remove those screws. Don’t forget to set the screws in a secure place to avoid losing them.

Remove the rest of the gear shifter’s housing after taking out the screws. Be careful not to tug this base. Otherwise, you might bring unwanted harm to a connector that you’ll be working with to install the drive mode memory module.

Stick a piece of double-sided tape to one of the sides of the memory module. Next, attach and secure a zip tie around the gear shifter’s connector and its wires. Make sure not to close the zip tie yet.

Affix the memory module at the back of the shifter rod. Unplug the connector and secure the module by closing the zip tie. Cut the excess zip tie material with a pair of scissors or nippers.

Attach the shifter connector to the appropriate terminal of the memory module. Connect the other module’s other terminal to the port where you removed the connector from the gear shift assembly. Secure this setup with another zip tie.

Put the base of the gear shifter’s cover back onto its bracket. Secure it with the two torque screws afterward. Finally, return the plastic trim to the shifter assembly.

Don’t forget to test the drive mode memory module if it works. So start the Ford F150 and set it to its Eco Mode. Then, turn off the engine and reignite it. The memory module should be functioning well if the car immediately goes into Eco Mode without additional human interference.

Check out this drive mode memory module for Ford F150 on Amazon.

You can also gain additional insight into this project by watching the video below:

How To Use The Ford F150 Selectable Drive Modes 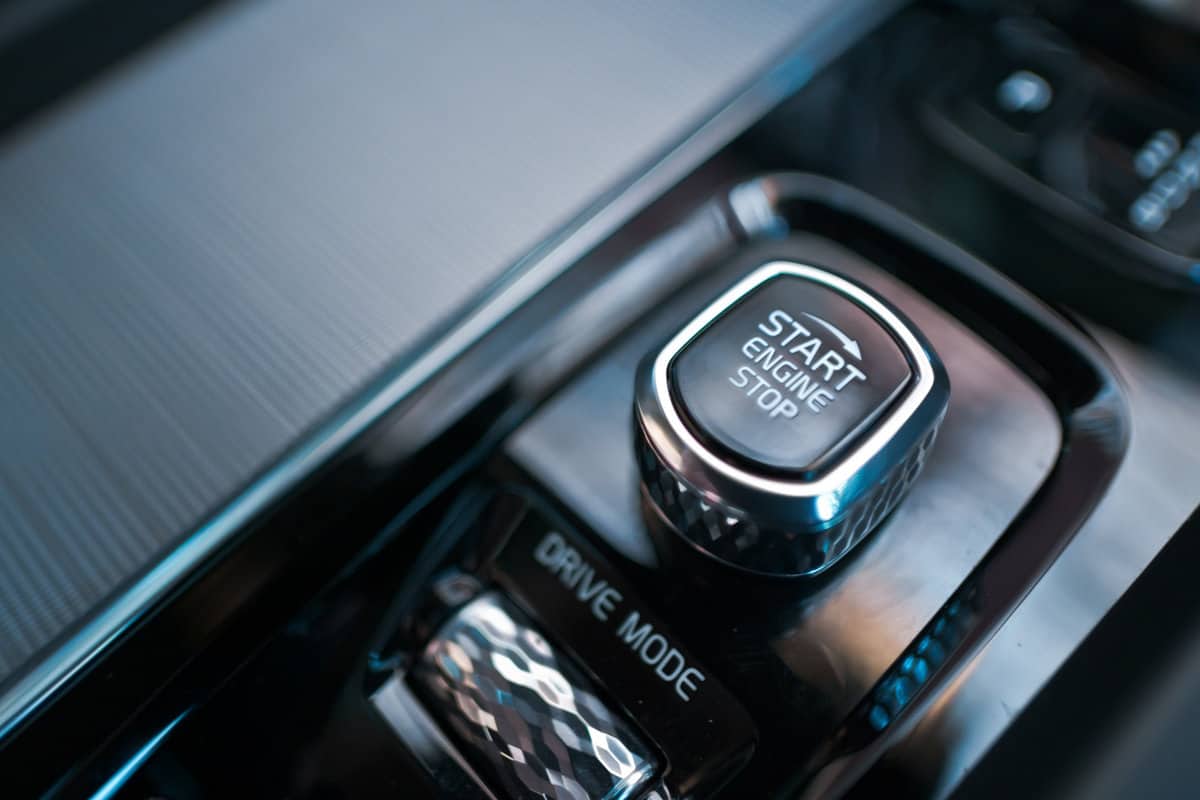 Check your vehicle owner’s manual to identify and verify the specific steps to change the drive modes in your Ford F150 model. Different versions of this pickup truck may have dissimilar steps to activate their various drive modes, including the Eco Mode.

For example, the 2020 Ford F150 needs you to press the button on the gear shifter to release the assembly. Then, move the stick to the desired drive mode.

Take note that Ford F150s have multiple drive modes, which may include the following:

Watch the video below for a quick preview of a Ford F150’s drive modes:

Does Ford Eco Mode Save Fuel?

Ford Eco mode may help save fuel in theory, thanks to the reduced power consumption from the car’s systems. However, the results might not be groundbreaking. You might be able to save a few cents using Ford’s Eco Mode during every instance of city driving at most.

If you want to reduce the amount of fuel used, along with the gas costs, it can be a good idea to remove excess load from the pickup truck. For example, remove bike or cargo racks installed on the pickup truck’s bodyshell. Another way is to ensure the truck bed is empty if you don’t need it.

Generally, putting a vehicle in Eco Mode won’t reduce its maximum speed, particularly for a Ford F150. However, many Eco Modes typically restrict the throttle response to help save fuel economy. This drive mode may also change the gearbox’s behaviors, which may also result in reduced accelerating power.

Should I Use Eco Mode On The Highway?

Although there’s no minimum speed while driving on Interstate Highways, going slower than other vehicles might put you in harm’s way.

Can You Switch To Eco Mode While Driving? 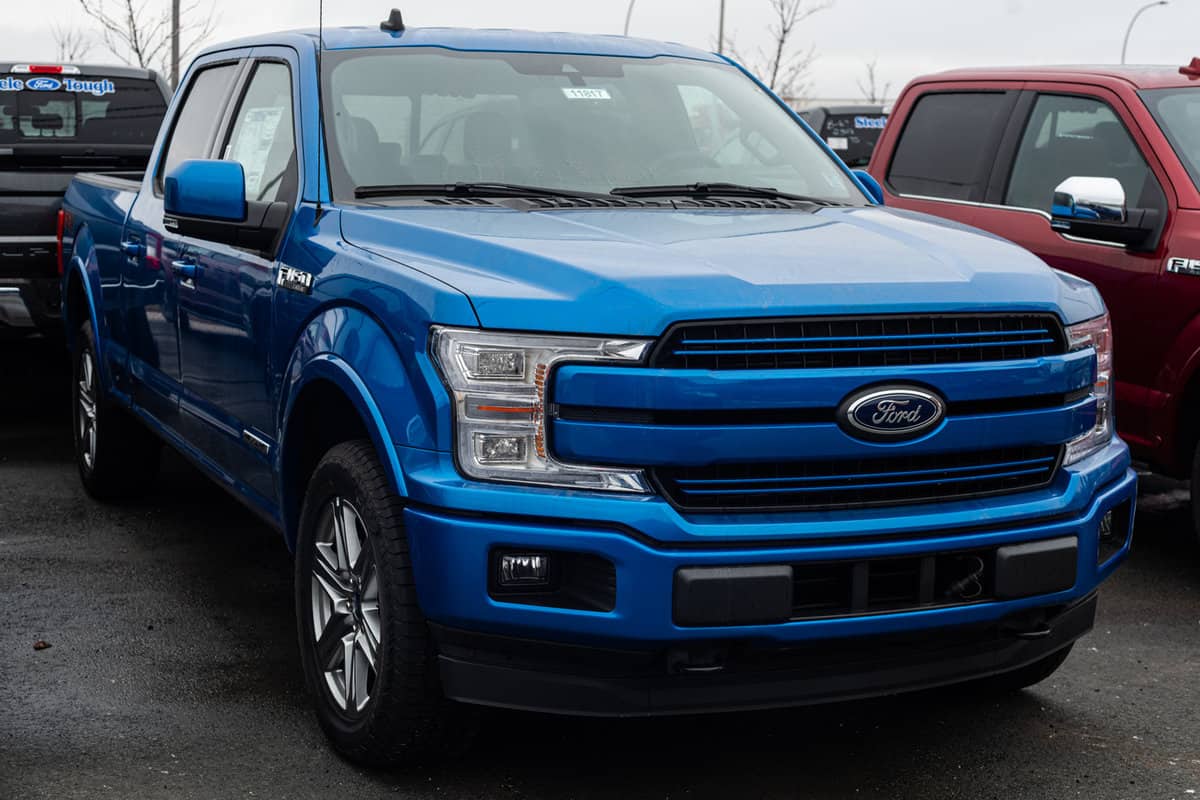 Generally, you can switch to Eco Mode and other drive modes while driving your vehicle, especially when you’re talking about a Ford F150. As mentioned previously, make sure to read your owner’s manual to know the exact steps in activating your car’s Eco Mode.

What Are The Disadvantages Of Eco Mode?

Although it may seem like a good idea to keep your car in Eco Mode every time, this particular drive mode still has its shortcomings. Some of these possible disadvantages are:

Perhaps one of the most noticeable aspects of using Eco Mode every time is the slow acceleration response. Weaving in and out of traffic can become more challenging than usual while your vehicle is in this drive mode. If you want to overtake other cars, using other drive modes like the Sport Mode might be a better choice.

Keep in mind that torque is a force that ‘twists’ certain components in the engine, allowing it to exert power when needed. If you turn on Eco Mode in your vehicle, you’ll also most likely reduce its torque. Doing so will lead to a slower-than-usual pace in reaching certain speeds.

How Can I Make My Vehicle More Efficient? 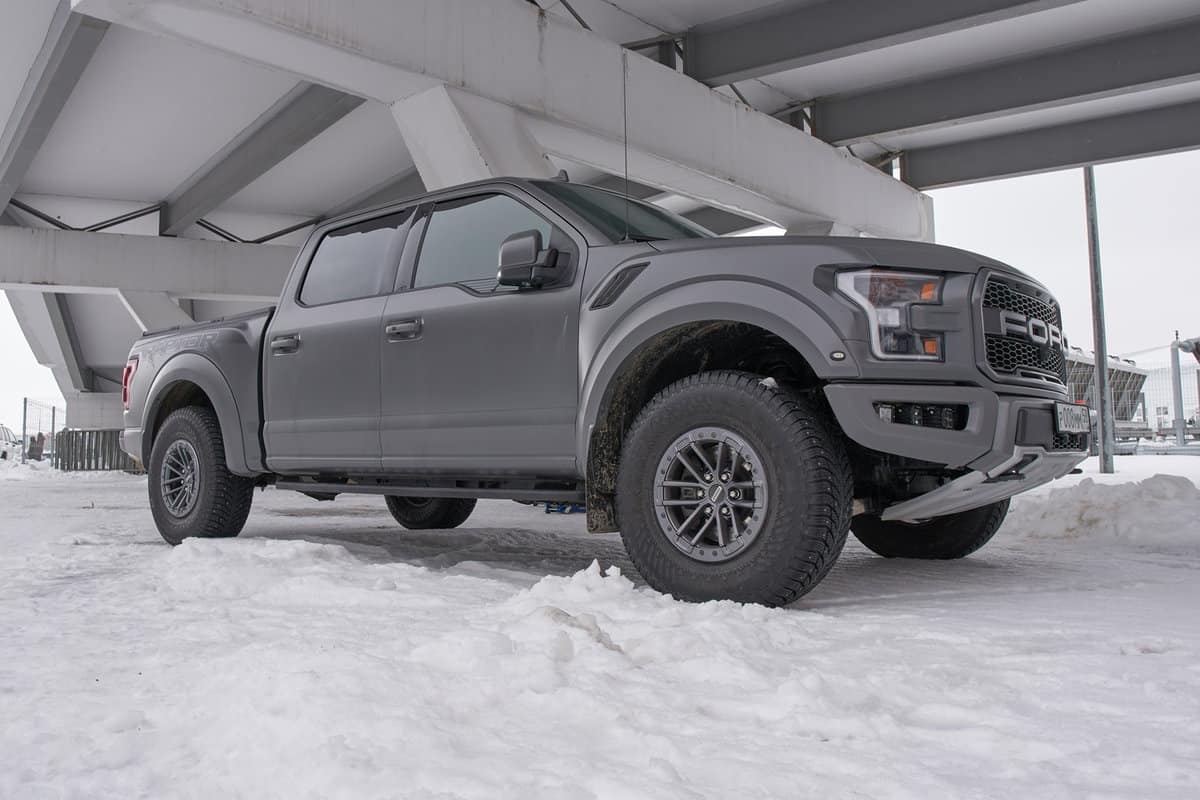 Aside from using Eco Mode, other options to make your car more efficient than before (particularly for your Ford F150) are:

Failing to keep your tires' air pressure in check may make your vehicle use more power than needed to move. Also, tires with low pressure can put you, as the driver, and your passengers at risk of accidents and injuries.

Check out this digital tire pressure gauge on Amazon.

In particular, installing fuel-efficient tires can become a great investment if you want to increase your car’s fuel economy. Certain tires have low friction, allowing them to use less traction than usual to help move the vehicle.

But don’t forget to change these tires during the cold season. Using low-friction tires in the winter may put the vehicle at risk of skidding out of control when driving over slippery roads.

Leaving your car’s engine running while you’re not driving uses fuel. Turn off the engine and open the car’s door and/or window when you need to put it in an idle state.

Remember, you can’t put a Ford F150’s Eco Mode as the pickup truck’s default drive mode. If you want to achieve this objective, you need to install a compatible drive mode memory module within the truck’s gear shift assembly.