Not all metal flaps on vehicle gas tanks are the same. Some of them have a flap release that pops open so you can then access your gas cap. However, what do you do if the metal flap won't open? Is there a different way to get it open so you can fill your car will fuel? We have done the research for you to answer this question.

If the metal flap to your gas tank won't open, here are some steps you can take to troubleshoot the issue. First, check your owner's manual for the emergency release location. Typically, this is released in the trunk of your vehicle and can be pulled to open the metal flap manually. Once located, pull the release and then slowly open the metal flap.

If your metal flap is not opening, it can be frustrating, especially if you need to fuel up your car. That's why in this article, we will take a closer look at what to do in this situation. In addition, we will discuss what causes a metal flap in a gas tank not to open, so read on! 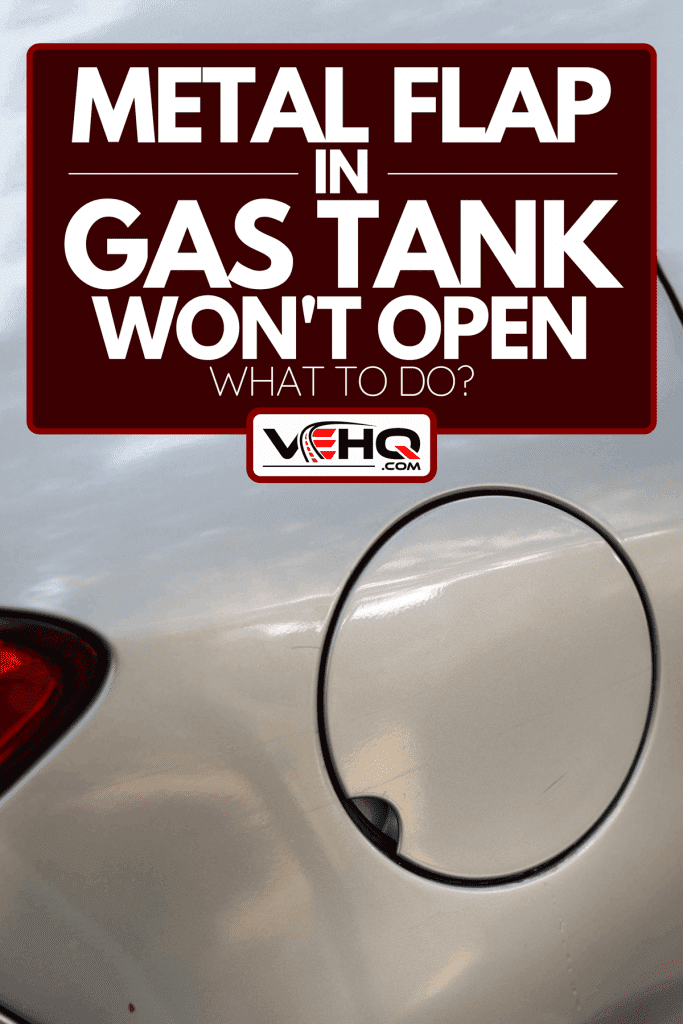 Metal Flap In Gas Tank Won't Open—What To Do?

If the metal flap on your gas tank is stuck and won't open, it can be caused by several different reasons. However, let's first take a look at how to get the metal flap open.

If your owner's manual is missing or has been thrown away (but you still have access to the manual online), this may make it challenging to locate the emergency release for your metal flap.

Once you find the emergency release, then pull it. Then go to the outside of the gas and slowly pry open the metal flap. A good thing to use is a popsicle stick because it won't cause damage to the vehicle's metal.

Lastly, make sure that you are not pulling on the metal flap release wire. This thin wire may be broken, causing it to open your gas cap no longer. If this is indeed broken, then you will need to replace it with a new one.

If your metal gas tank flap is still not opening after going through these steps, then there's not much more you can do. In this case, you will need to make a trip to the auto repair shop and have them take a look at it.

Why isn't my fuel flap opening?

As mentioned above, debris buildup and corrosion are common reasons your gas tank plastic flap will not open or close properly. Other reasons for this include rust, rust, or corrosion buildup, and a broken or severely bent flap.

One of the most common causes of the metal gas tank flap not opening is rust buildup on its hinge or latch. Take apart the seal with a flathead screwdriver and wipe away the rust with a rag to resolve this issue. Also, spray WD40 on both pieces to prevent future rust or corrosion buildup while you are at it!

A broken metal flap spring is another common reason your metal gas tank flap will not open or close. To resolve this issue, replace the spring if needed by taking apart the seal with a flathead screwdriver.

If you notice that your metal gas tank flap will not open or close, then there is a good chance it is corroded in some way. When this happens, the best thing to do is to take apart the seal with a flathead screwdriver and check for any rust or corrosion. Then, use a rag to wipe away the rust and spray down the piece with WD40.

Lastly, a broken gas tank flap latch can keep your metal gas tank flap from opening or closing. If the plastic is not broken and only the latch is bent, bend it back into its normal position. However, if this piece is corroded or there's rust on it, you will need to replace it. 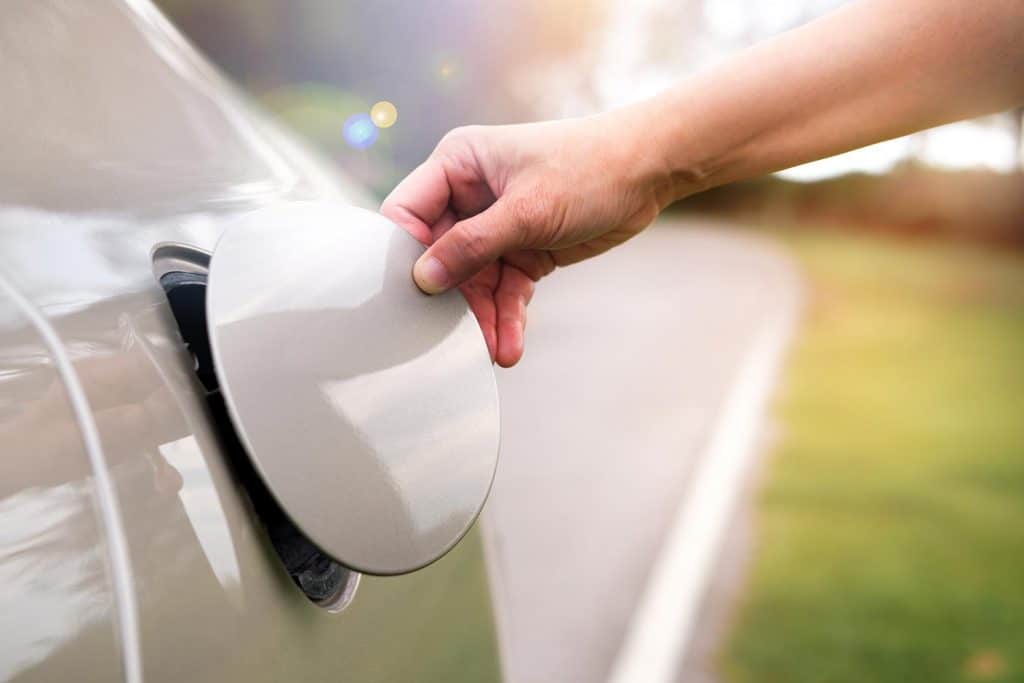 Why does the gas nozzle keep clicking off?

In addition to the above reasons, the nozzle clicking off when filling up your gas tank can be caused by several factors.

First, check your fuel cap and make sure that it is securely tightened onto your vehicle. The metal flap in your car's gas tank is designed to close even if you have a fuel filler cap problem. However, it can still cause a problem during fueling. If you find that your fuel cap is loose, tighten it properly and make sure to keep a spare in the car at all times for emergencies!

Next, check to ensure that there are no obstructions in or around the gas tank filler tube. For example, something small like a rock can get stuck in between your gas cap and the gas tank opening. This will cause the nozzle to click off during fueling continuously. 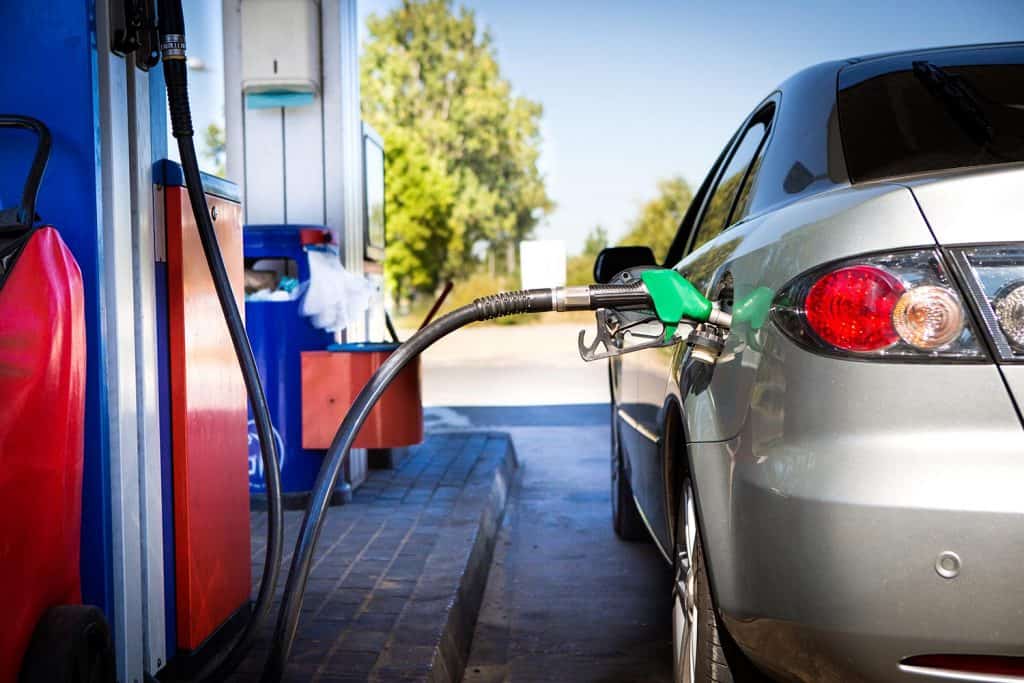 How do capless gas tanks work?

Fortunately, manufacturers have come up with an alternative to the traditional fuel nozzle. Capped gas tanks are steadily being replaced by capless fueling systems that are designed for convenience and efficiency.

A capless gas tank is typically made of plastic or metal, but it utilizes the same principles as a capped one. When you remove your car's fuel cap, a small plastic or metal piece will pop up and allow you access to the gas tank opening. When fueling is finished, this piece will pop back down and reseal your vehicle's fuel tank.

One of the main benefits of capless gas tanks is that they prevent fuel vapors from escaping into the air while you are refueling. Primarily, this helps to reduce greenhouse gases and air pollution. Additionally, these systems release less vapor compared to capped ones.

The plastic or metal piece that pops up during fueling is typically referred to as a "finger." It will remain up until you replace the vehicle's fuel cap by pushing it back down. There are several ways capless gas tanks work, but they all have the same goal: to prevent gas from spilling onto the ground.

Most fuel tank caps are universal. This means that they are interchangeable across different makes and models of vehicles. However, if you have an unusual car with a nonstandard fuel tank filler neck, you will not use this type of cap.

Although many modern cars use capless gas tanks, some still utilize capped ones. The side of your car's fuel tank or your owner's manual will indicate which type of fuel system your vehicle has.

Can you drive without the gas cap?

Yes, you can drive without a fuel cap. In most cases, it is perfectly fine to leave your gas cap on your vehicle's seat or in the trunk when fueling. However, if there are visible signs of corrosion around it or on your vehicle's filler neck, then you should put the gas cap back on for safety reasons.

If you are missing your gas cap, you can also stuff your gas tank whole with a rag to ensure no fuel spills out. You can then go to a local automotive store and buy a new gas cap.

More than likely, your car will throw a code in the computer system. This code will show a "loose gas cap code" but isn't cause any issues as you drive. 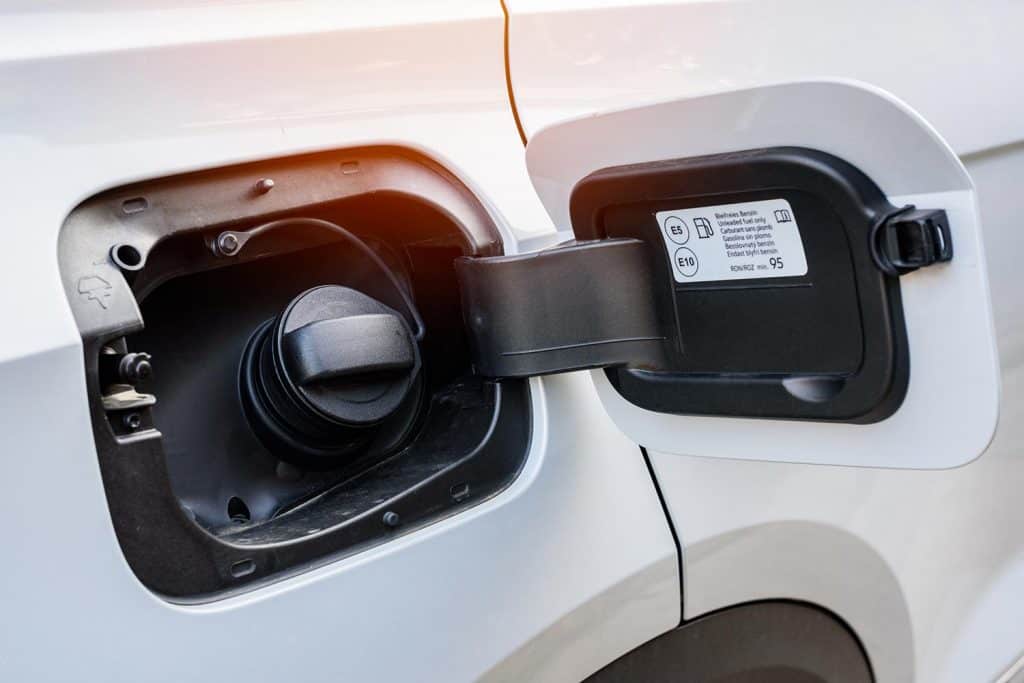 Overall, if the metal flap in your gas tank is stuck, then don't panic. First, take a look at your owner's manual to locate the manual release. If you find the manual release but the flap still won't open, you will need to get to the nearest mechanic to open it for you.

If you like this article, then you should also check out the following:

Can I Put Fuel Injector Cleaner In A Full Tank?