Regardless of the situation, having your vehicle unable to start one day is beyond frustrating. The worst part of it all is tracking the source of the problem. There are so many parts that you have to consider! This article will focus on situations where your Toyota Tacoma won't start. So, if you'd like to begin diagnosing your car, let's take a look at what could be wrong.

There could be a lot of reasons why your Toyota Tacoma might not be able to start. In general, the three parts you'll want to focus on are the battery, the alternator, or the starter. If these parts aren't giving you a problem, we'll need to narrow it down. Meaning, we'll have to look at other factors causing the issue—like fuel issues, ignition problems, and engine timing.

While the internet might be full of information, finding vehicle-related ones can be similar to looking for unicorns. It's still akin to the wild west! And, looking for information yourself might not seem like the best idea if you don't have a clue where to look. For this reason, we've researched the issue as best as we could to get you some viable solutions. So, if you'd like to explore this topic further, keep reading ahead. 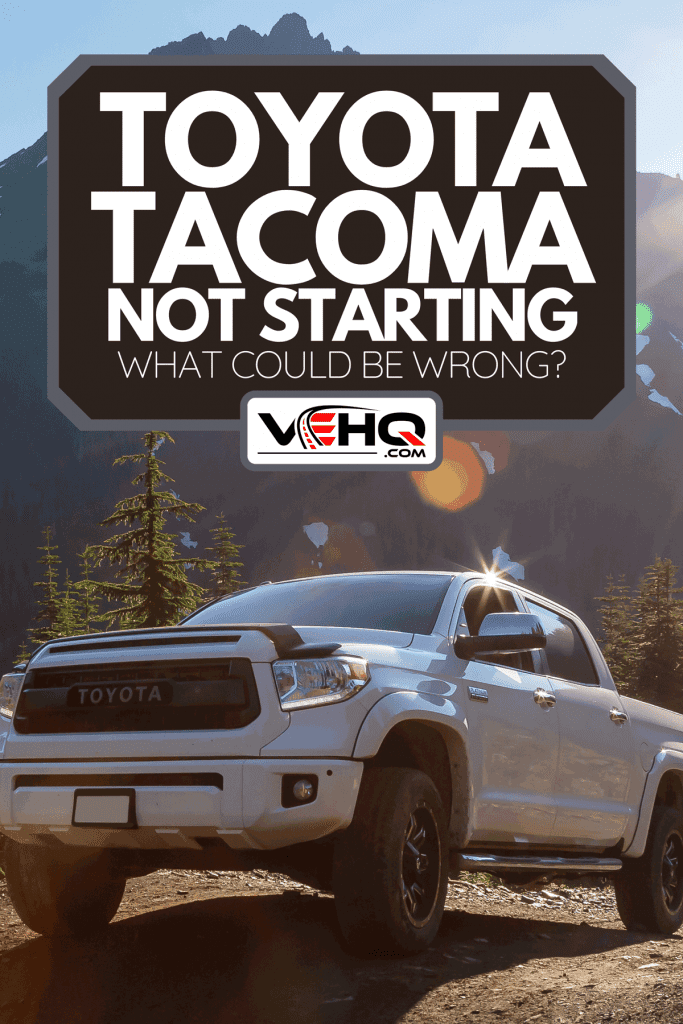 Toyota Tacoma Not Starting — What Could Be Wrong

As mentioned above, the three parts you'll have to inspect first are the battery, the alternator, and the starter. Seeing as the battery is the most common cause for starting failure, we'll have to check this one out first!

It might be the case that your battery doesn't have enough charge to start. So, no matter how many times you try to ignite the engine, the best you'll observe is the sounds of the car attempting to do so. Depending on how long you've had the Toyota Tacoma, the battery might not have enough capacity to start. This situation occurs because the battery might be too old.

As an example of what we're trying to explain, here's a YouTube video with a similar problem:

In the video, the person tries to jump their Toyota Tacoma's battery. Before doing so, he mentions that everything else seems to be functioning fine. Meaning, the lights and radio are in working order. While the user doesn't show a solution in the video, people in the comments have experienced the same symptoms.

The consensus on situations similar to the video above is that it is the battery causing the problems. If you want your Tacoma to start again, replace your current one with a new battery. The reason the battery fails is that they hold lower cranking amps. From the experiences, the original battery a Tacoma comes with seems to last around 36 months.

Before you get ready to shell out money for a brand new battery, other users in the comments have had different solutions. They've suggested inspecting the battery terminals first. It might be the case that they might have become loose. Tighten them and see if it can start again.

All in all, with the multiple anecdotes from other Tacoma users in the comment section, the battery seems to be the major trouble maker. Other sources suggest that the battery is the cause of the problem 38% of the time.

The other component that can prevent your truck from starting is the alternator. Over time, it might not perform the same as it used to. You'll know it's no longer serviceable when it loses its ability to charge under heavy loads.

If the battery and alternator aren't the problems, we'll need to inspect the starter. You can identify a bad starter with the following signs:

Is the Starter Bad if It Just Clicks?

If your starter is producing a single clicking sound, likely, your starter isn't in good shape. You will need to tap the starter lightly to give it a kickstart. Though, there's no guarantee tapping the starter will get it to work again.

In most cases, you'll have to get it repaired or replaced. Depending on how long you've owned the Tacoma, the starter might have gotten too old over time. As some suggest, starts can last anywhere from 30,000-200,000 miles. Of course, it's a long lifespan that depends on how well you maintain the car.

How Long Does a Toyota Tacoma Battery Last?

A Toyota Tacoma's battery should last around 3-5 years. How long it holds up depends on how well you maintain the vehicle and your driving habits. Although the battery should be able to last as long as five years, we've seen shorter lifespans in the YouTube video above. Some have claimed that it didn't last for longer than three years.

Others claim that the Tacoma chews through batteries. Meaning, they would need a replacement every two years! Still, this is more anecdotal than fact. As long as you don't leave the Tacoma idle for too long, reduce exposure to extreme temperatures, and proactively test the battery, it should last you a good while.

How Much Is a Toyota Tacoma Battery?

If you've identified a dead battery as the cause of your startup problems, you'll want to replace it with a new one. The cost will range from around $160-$300. And, if you're planning to hire someone to change the battery, labor costs will range around $26-$33.

How Reliable Is a Tacoma?

The Toyota Tacoma tends to have a good reputation. It's known as a reliable workhorse. But, that begs the question, how reliable can a Tacoma be?

Still, even with an average rating, many can't say the Tacoma is unreliable entirely. So, while it might not have the best score, it's still an option to consider for purchase.

What Are the Bad Years for Toyota Tacoma? 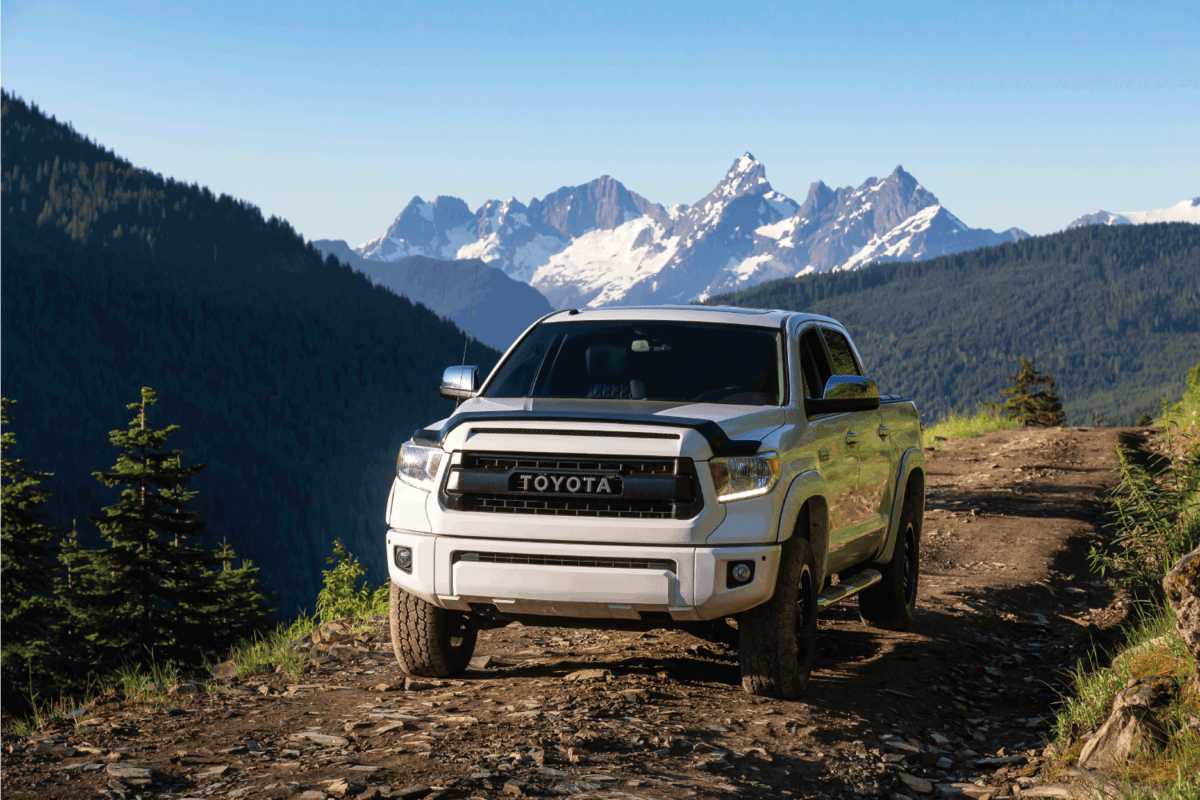 As mentioned above, the reliability of a Toyota Tacoma fluctuates a lot. And, that might be concerning to those who want to purchase an older model. So, what year model Tacomas should we focus on avoiding?

As some suggest, the worst years for the Tacoma are:

The year models you see above are plagued with the most issues. The early years ranging from 2006-2008 are known to have transmission and engine failures. Other models can have problems that can result in serious accidents. Sudden acceleration and clutches slipping are some known problems with the 2008 and 2009 models.

So, if you plan on purchasing a used Tacoma, pay attention to the year model. While it might look like a deal at first glance, some of them go for less because of how unreliable they can be!

When your vehicle is unable to start, finding the source of the problem is a priority. Since this isn't a daily occurrence, it might get confusing to know what to look for. Luckily, some people across the world might have found the fix for you! All it takes is a bit of searching to know if the fix applies to your situation. We hope you found the information above helpful!

Before you go, do you have other Toyota Tacoma concerns? Are you wondering about the common problems you might encounter with a Tacoma? You can learn more by checking out our post here.

Are you also wondering how much horsepower and torque a Toyota Tacoma produces? If you'd like to know more about this, check out our post here. Until next time. Safe rides!