The Honda Civic is a reliable vehicle that can adventure from coast to coast. However, when you are enduring different types of road conditions when traveling, it is essential to know how to use functions such as traction control. For example, how do you turn the traction control system on or off when needed? We have researched to help you know how to enable and disable the TCS on your Honda Civic. 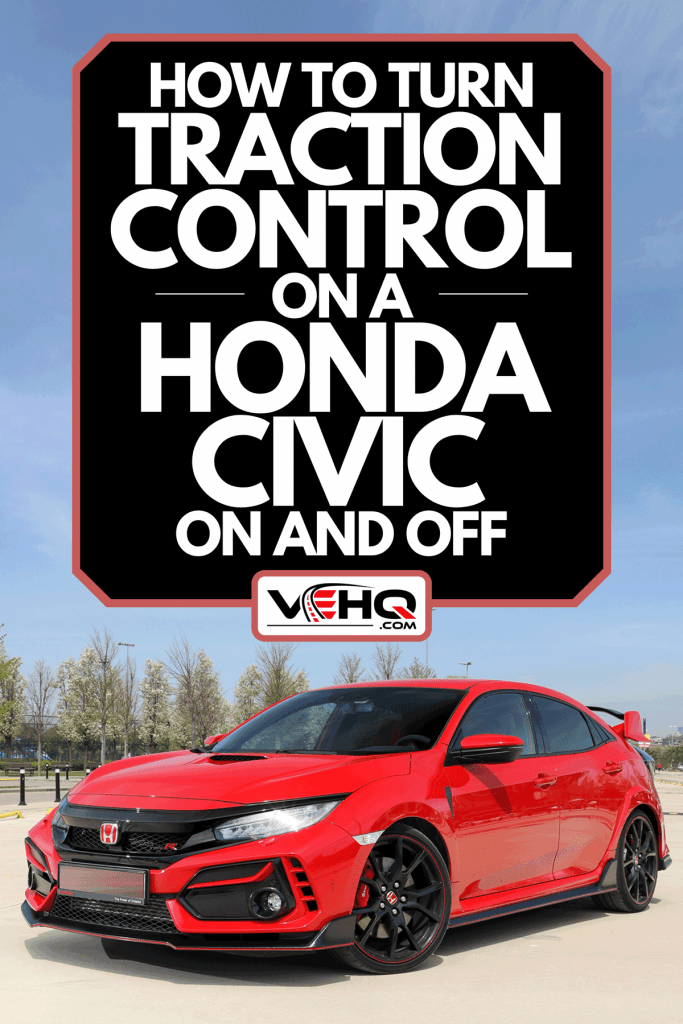 How To Turn Traction Control On A Honda Civic On And Off?

Traction control is an electronic system that automatically controls the vehicle’s power delivery. The traction control system monitors the speed of the wheels, and when it detects wheel spin, it reduces engine power to minimize spinning. 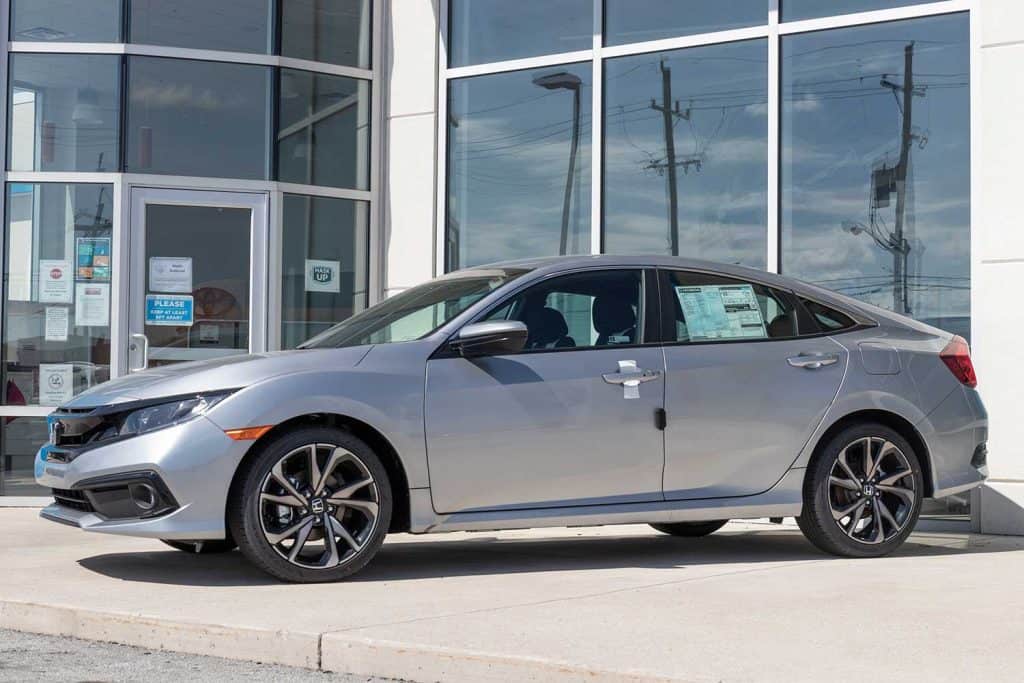 How do you turn off traction control on a Honda?

For the sportier 10th generation Honda Civics, it can be more complicated to turn off the TCS completely.

After completion, you will get an indicator next to the TCS light saying, “OFF.”

For older generations, the standard method to turn TCS on and off for your Civic is through the use of a traction control button.

You will find this button in your car’s interior, usually near the steering wheel on the dash or by the gear shifter. If you press it once, it will turn the system on, and if you press it again, it will switch off.

If you have a button, it is straightforward to turn the traction control system on and off. In addition, there are also other methods to get access to this option in your vehicle’s electronic settings.

If you want to turn off your traction control system, go into the menu that holds the stability settings and choose “TCS” if it is not already selected. Afterward, click “set.” You will then see a list of options with different traction settings; select “off” for TCS.

What does Honda traction control do?

Honda Traction Control is a system that helps keep your vehicle stable and on the road where it belongs, but it gets more complicated than that.

For example, when driving through snow or sand, wheels can slip when accelerating from a stopped position because these surfaces are unstable.

With Honda, traction control is turned on in such cases, and acceleration feels less jerky during takeoff from the slippery ground (ice included). Hence, drivers have better control of their cars.

Furthermore, Honda’s Traction Control System is programmed to maintain tire adhesion by regulating torque delivered to the rear wheels. When the system detects that one of the tires starts to lose its grip, power is reduced or even cut off entirely if necessary.

Honda Traction Control is a safety feature that can be turned on and off at any time, but it’s best to leave the Honda Vehicle in “Honda Mode” unless you need chains or are stuck.

The traction control system will only engage when your wheels start slipping, so they have a better grip, of course! The Honda traction control has been tested in Baudette, Minnesota, over harsh winter terrain to ensure its performance and reliability. 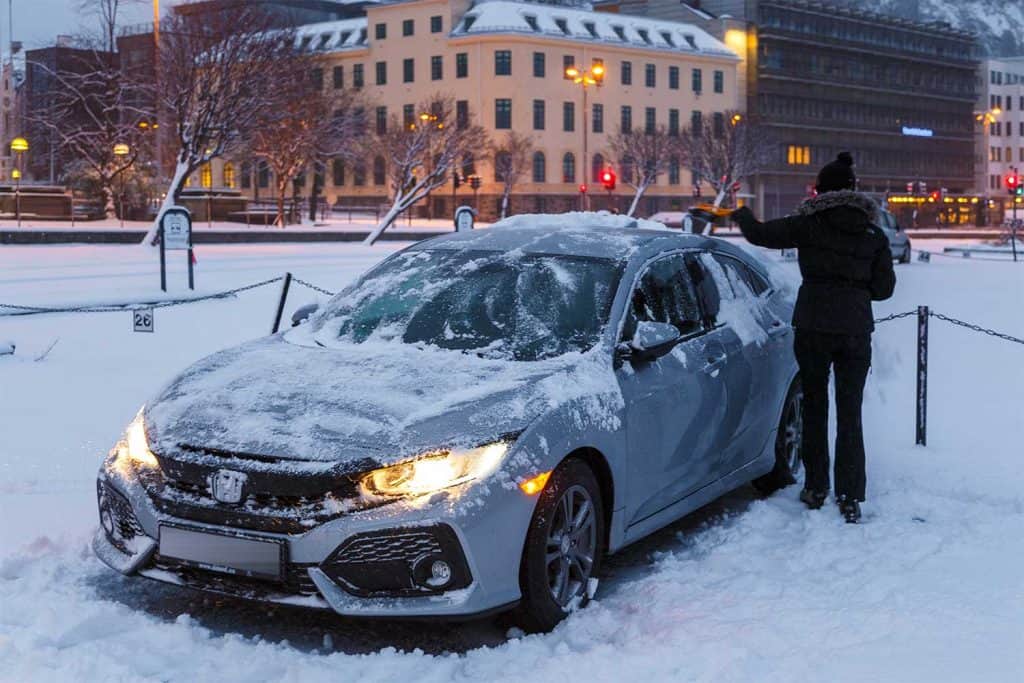 When should you not use traction control?

Traction control is meant to keep the tires from spinning. Spinning tires are exactly what you need when you are completely stuck. Try the “rocking method” when stuck in any of these situations.

Turn your traction control off and start by driving forward with as much acceleration as possible. When the car stops by the terrain, put the car in reverse and repeat the steps. The rocking method will help you get momentum to get the vehicle unstuck.

Lastly, there is one more reason for turning off your traction control.

If you have a hobby or a professional background in drag racing or any other racing form, it’s best to turn off the TCS system for better performance. Believe it or not, turning off your TCS will shave off some quarter-mile times.

During races, cars need all the power they can get to go around corners at high speeds—and that includes when accelerating from a stop.

Unfortunately, sometimes, that can also mean spinouts and broken axles if you’re not careful. The only way to prevent such a scenario is by turning off your Honda TCS system because it could be dangerous for drivers who are just starting in racing.

In addition, racing should only be in a professional facility and on the illegal streets.

If you also want to get your Honda Civic on a dyno-test to see how it does for horsepower and quarter-mile time, having the TCS off will help.

Is traction control standard on all vehicles?

All new cars come with a traction control system. This safety feature has been around for decades in various forms, but it became compulsory on all 2011 models. Its design keeps you from spinning out of control or losing your balance while driving at high speeds.

Honda has introduced some advanced features on its Traction Control System, which has allowed Honda to keep the same name for it even though newer versions of the system have come out.

The Honda TCS system on newer models works on ABS technology to activate when necessary.

The ABS or Automatic Braking System does a “pumping” method when the car detects a lock-up in the brakes. It will pump the brakes 100 times a second to help the vehicle completely stop. It goes hand in hand will the TCS system ensuring ultimate traction.

The Honda Civic TCS system proves to work in all North American environments, including mud, sand, or snow. The traction control will engage when the wheels start to slip, so they better grip the terrain.

If you want to race and enjoy better performance on the track, turn off your TCS system. Nonetheless, in most circumstances, the traction control system should always be on when driving your Honda Civic.

Can A Honda Ridgeline Tow A Travel Trailer?

What Are The Honda Accord Models And Trim Levels?

What Kind Of Engine Does A Honda Accord Have?

Have you ever needed to turn off your TCS? Leave us a comment below!

Can You Flat Tow A Jeep Gladiator?

12 Types Of Car Engines [And How They Work]