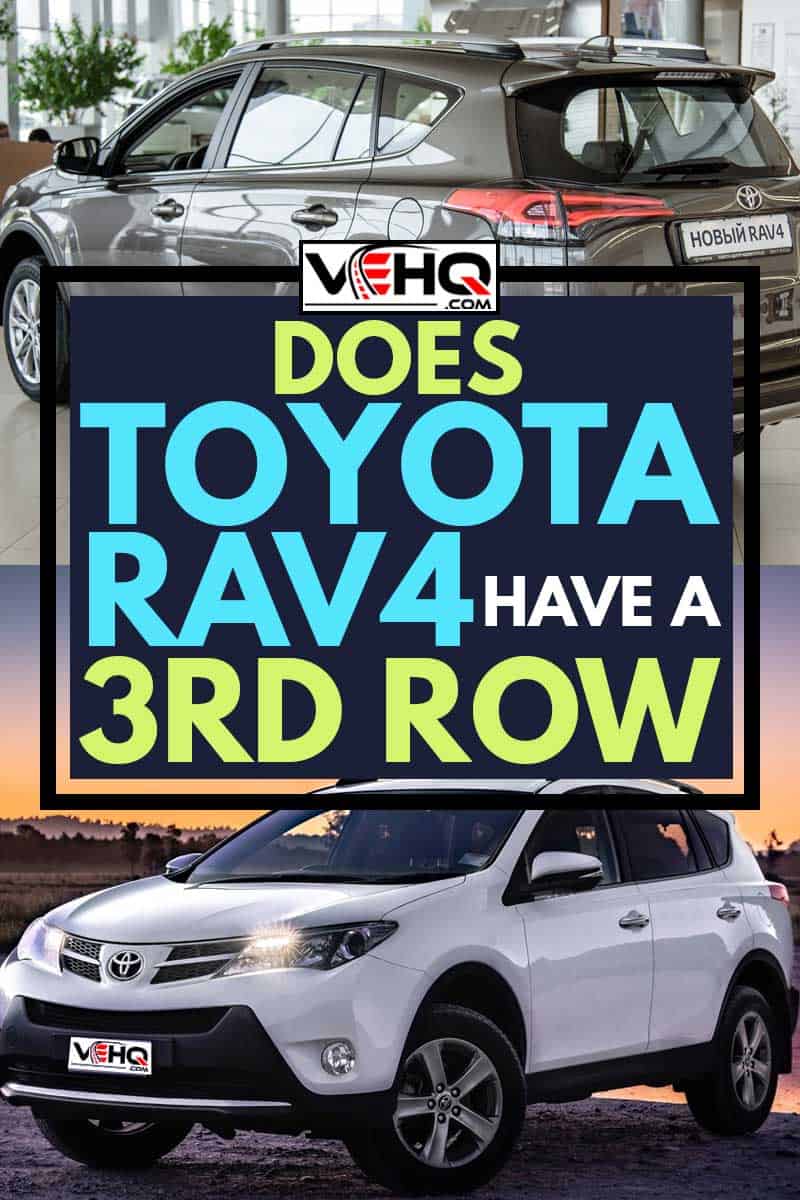 If you're shopping for a vehicle with a 3rd row, you might be wondering if the RAV4 has what you need. It's not as simple as yes or no, but we've researched the subject in-depth to give you an answer.

Some models of Toyota RAV4s do have 3rd-row seating, but not all come equipped. The model years in which third-row seats were available for the RAV4 were 2005 through 2012. However, not all older RAV4s have 3rd rows; the availability is limited because not many consumers ordered their new Toyotas from the factory with that option.

Further discussion is needed to shed light on which RAV4s have third rows, and why. Read on for more details!

Unfortunately, newer RAV4s do not come with third-row seating. The manufacturer doesn't even offer the option, either. That's because Toyota offers other SUVs with capacity for more passengers.

So, it seems that Toyota thinks a larger RAV4 isn't necessary.

However, older RAV4s are still on the market, and many have a third row. Between 2005 and 2012, Toyota seemingly offered the option for more passenger seating in its smaller SUV.

The catch is that not every 2005 to 2012 RAV4 that's still on the market will have the coveted third row. In fact, they weren't popular the time, given the small footprint of Toyota's tiniest SUV.

Still, you can find listings on used car sites for RAV4s of nearly any year in that span that claim to have third-row seats. What complicates things is Toyota doesn't like admitting that they used to offer such seating options; they don't mention it on their website.

In short, if you want an older RAV4 with a third row, you'll have to hunt carefully for one. The only configuration seems to be a 50/50-split flat-folding third row, and the seats stow away in the floor. 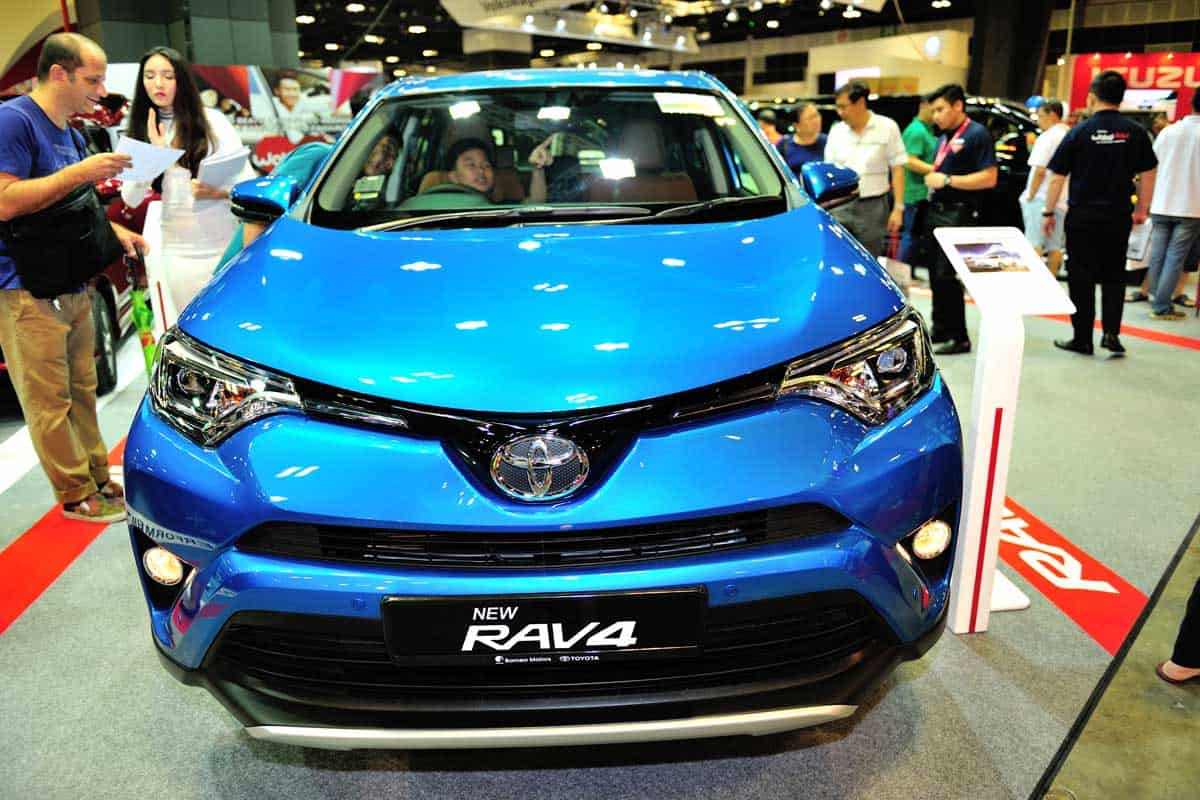 As of 2018, Toyota had no plans to go bigger with the existing RAV4. The Toyota Motor North America group vice-president said, "I think RAV4 in its compactness holds a certain space," when asked about the potential for a seven-seat version of the vehicle.

After all, the availability of other Toyota SUVs with roomier accommodations means there's not much point in pushing a RAV4 that seats seven or eight people.

At the same time, efforts to fine-tune their Hybrid offerings are likely taking center stage.

How Many Seats Does A RAV4 Have? 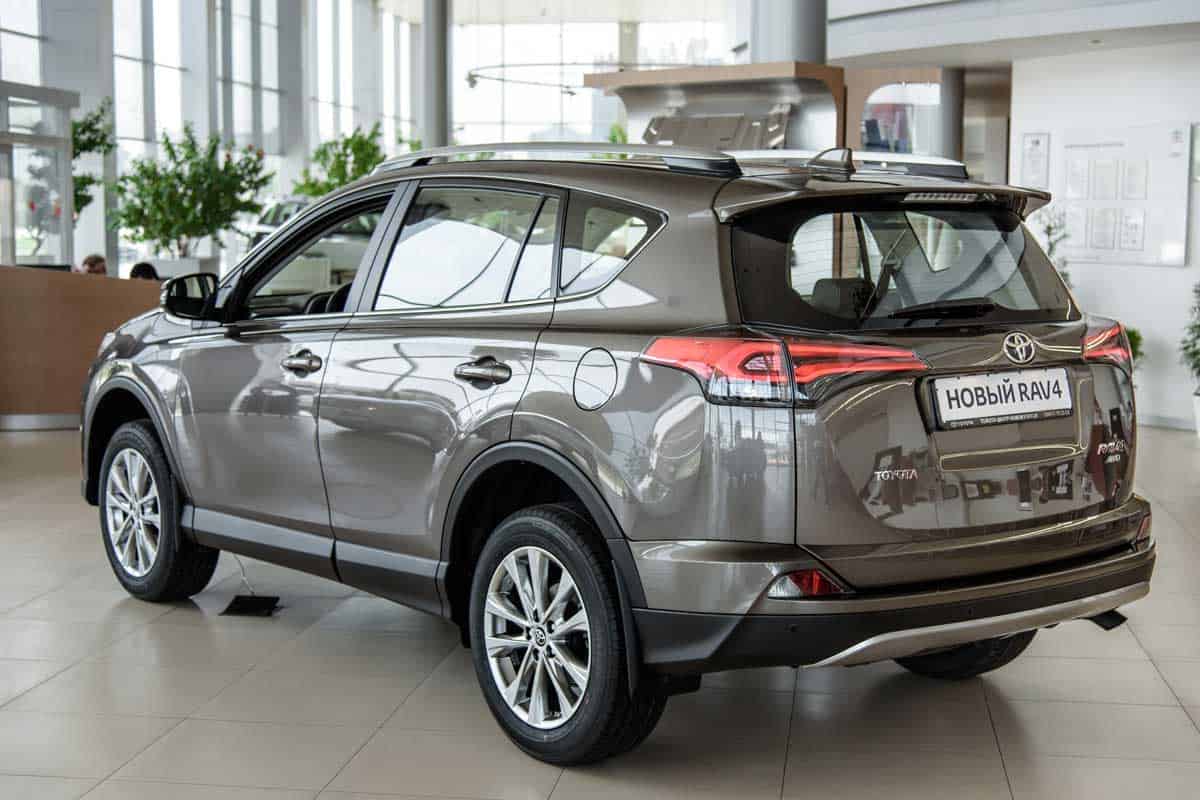 Typically, a RAV4 has seating for five, including the driver. Of course, many consumers note that you may not be able to fit five adults comfortably, depending on size and how much gear you need to bring along.

With RAV4s that have a third row, your passenger seating options expand to seven. Unlike larger SUVs from Toyota, the RAV4 can't handle eight passengers. In RAV4s with a third row, you'll find the middle row seats three (albeit uncomfortably for fully grown adults, given the thin middle seat). The rear row has only two seats.

It's understandable there are passenger limitations since the RAV4 has a fairly small footprint in comparison with bulkier options like the Land Cruiser or Sequoia.

If you want to learn more about the RAV4 (and its origins), see our post on Where is the Toyota RAV4 Made?

Is It Worth It To Get A RAV4 With A Third Row? 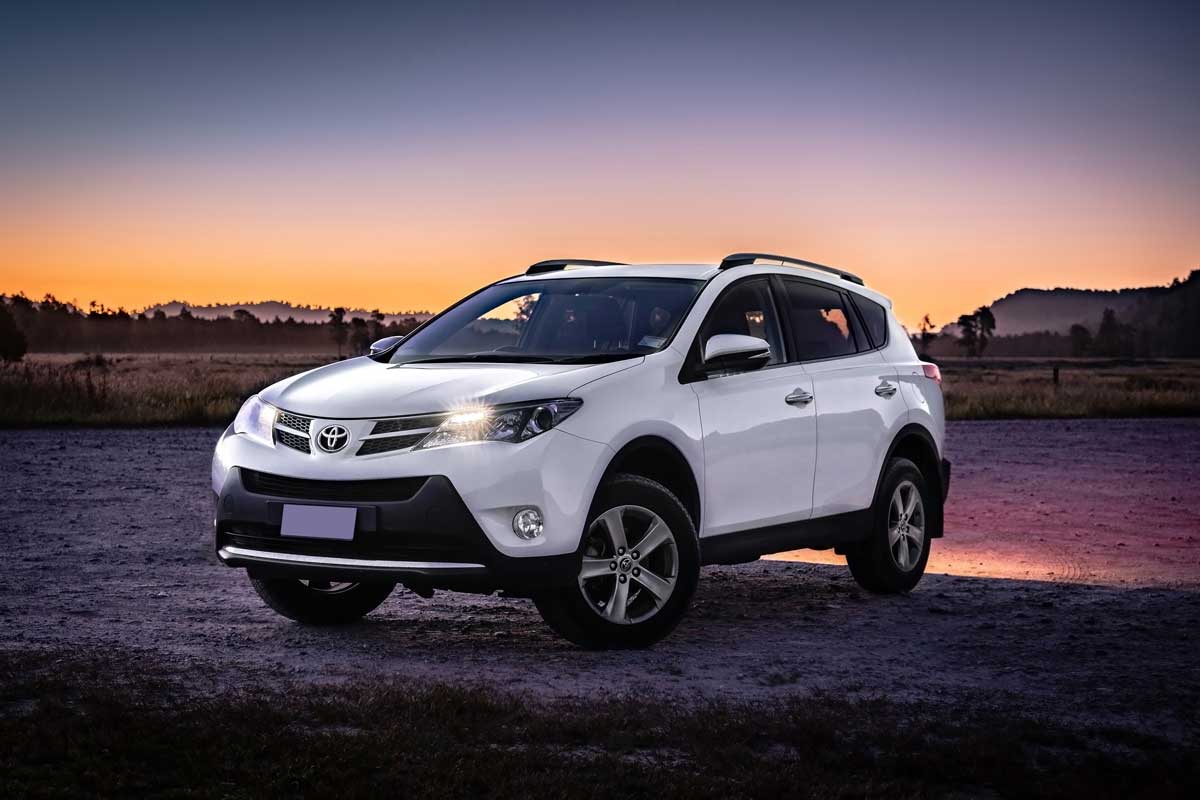 Many consumers purposely seek out a RAV4 with a third row. Plenty of shoppers are even happy to pay above MSRP for the option. It might be even harder to find one now since Toyota isn't making them anymore.

So, most owners of the third-row RAV4 seem happy with it. Forum discussions among owners and enthusiasts also indicate that third-row vehicles have firmer rear springs and a higher payload, plus other structural perks. That said, others noted that you couldn't reasonably expect adults to sit in the rear seats. For kids, the seats are adequate, they explain. But if you need to install child safety seats, you might want to look at a larger SUV with more elbow room.

Which SUVs Have 3rd Row Seating?

When it comes to newer Toyotas, you have a few options for 3rd-row seating. According to Toyota, the Highlander, Highlander Hybrid, 4Runner, Sequoia, and Land Cruiser all offer third-row seats. 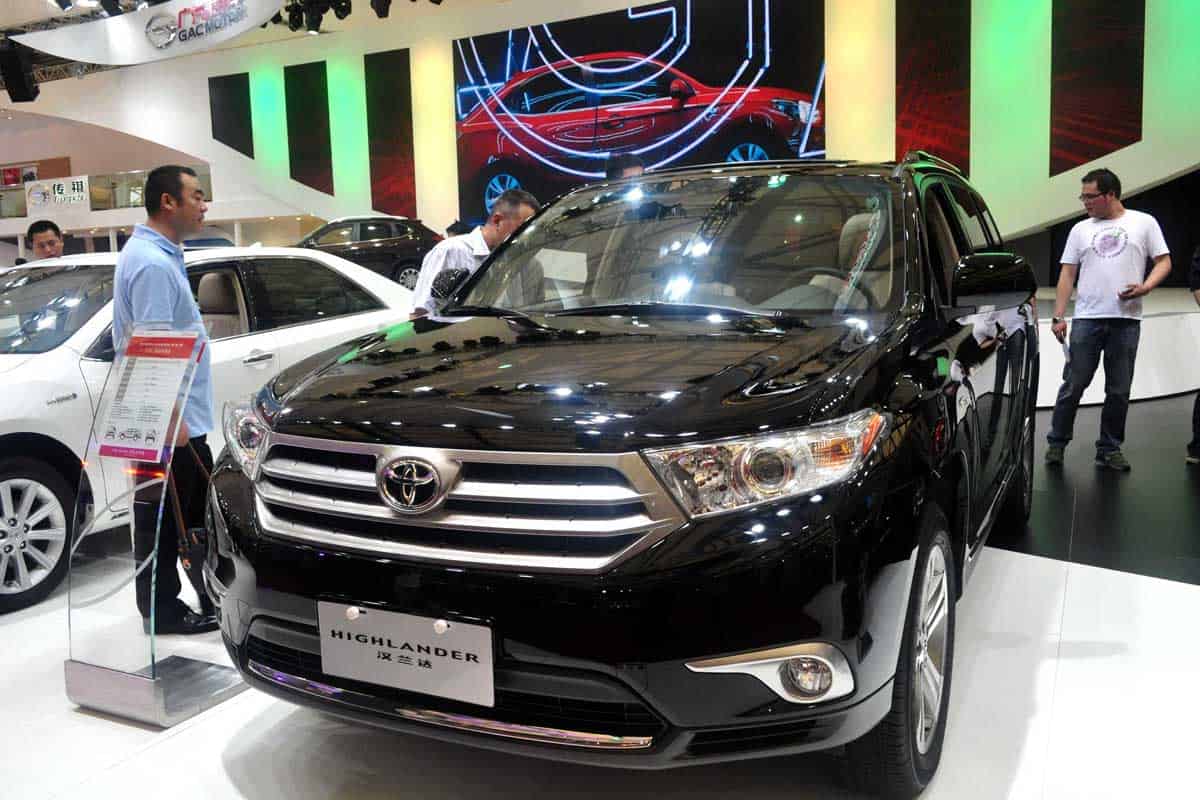 Both the Highlander and its Hybrid option come with seating for up to eight passengers. You can get either vehicle in a five-passenger configuration, too. But if you order a custom setup, you can have all the space necessary to cart plenty of passengers.

Interested in learning more about the Highlander? Check out our related post, Where is the Toyota Highlander Made? 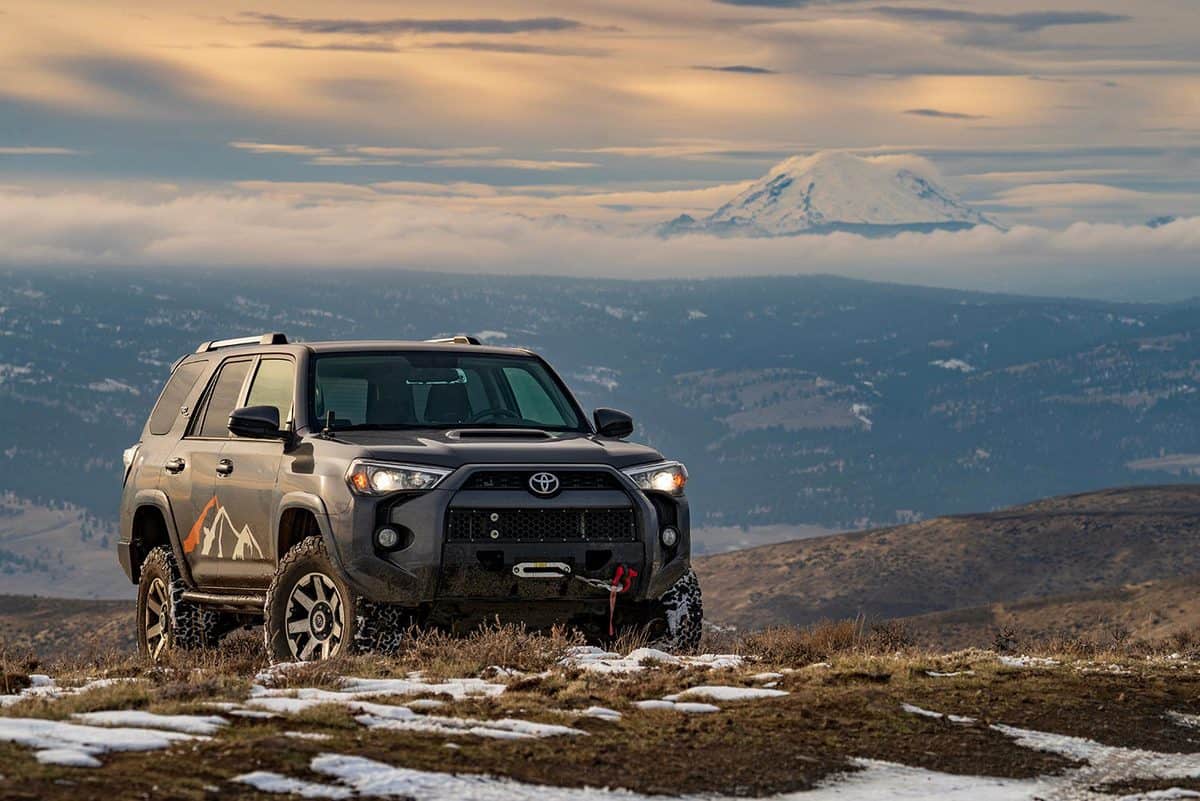 Not every 4Runner from the factory comes with space for eight. However, you can customize your newer 4Runner with a third row.

A 4Runner might be a good option if you like the look of the RAV4 but really need spacious seating. Its all-terrain styling provides a balance of comfort and rugged durability for everyone you need to bring on your trips.

The Toyota Sequoia Seats Eight With A Third Row 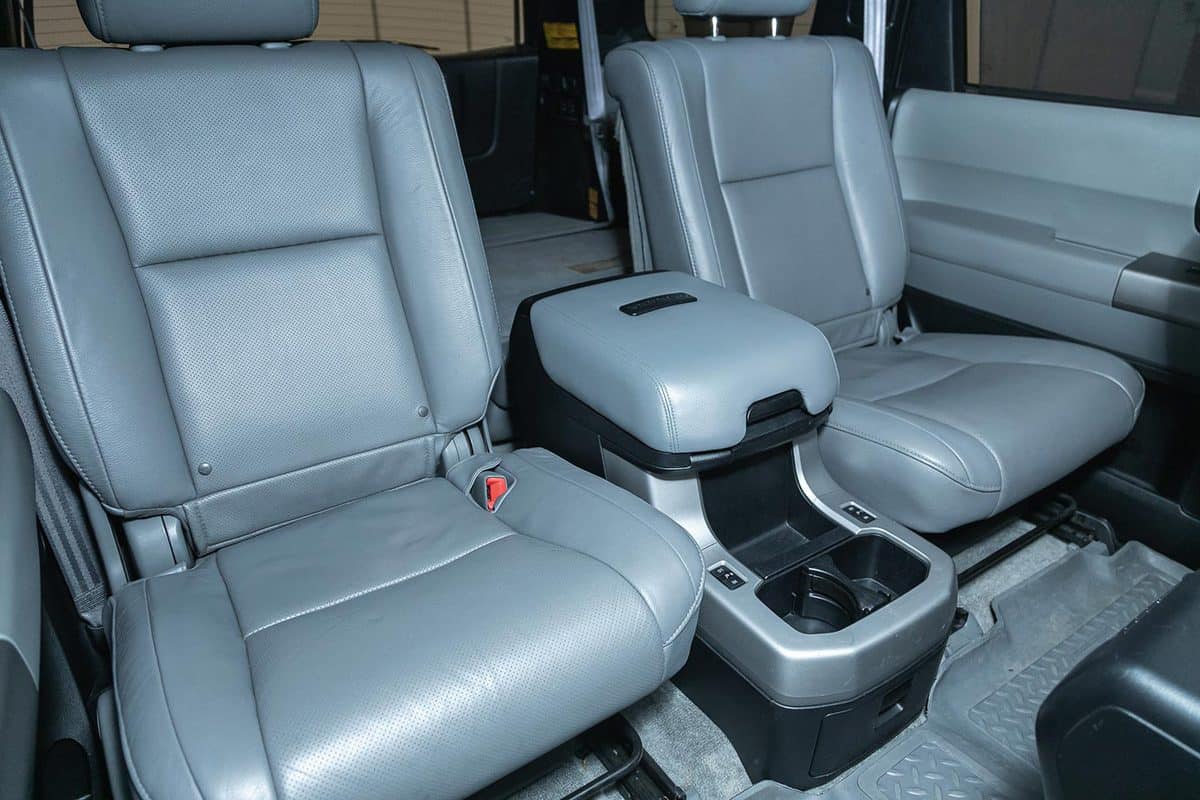 The Sequoia is another larger Toyota with full capabilities, from towing to seating eight passengers. These vehicles also come with a higher price tag, plus features like four-wheel drive and V8 engines. 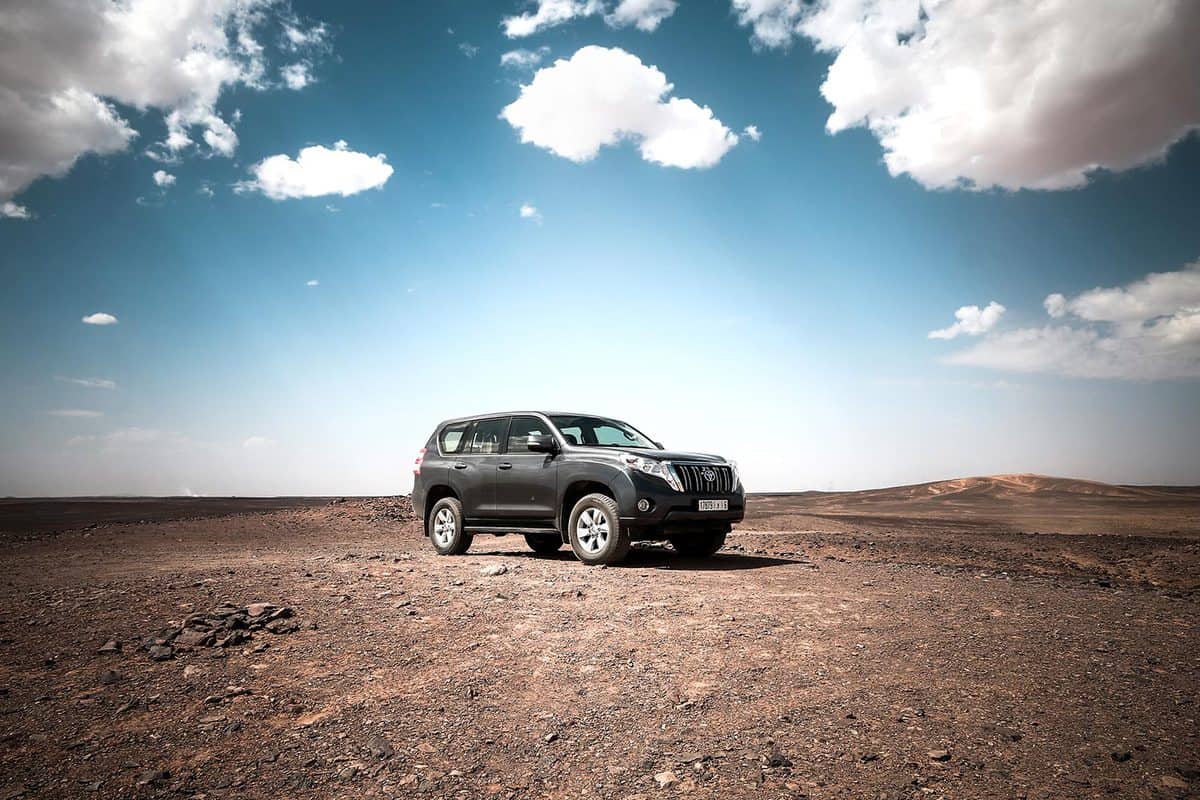 The Land Cruiser is another (pricier) option for seating a large crew. It's billed as the roomiest of Toyota's SUVs. A Land Cruiser might cost you more, but it has high-performance features and the most spacious seating arrangement of any Toyota SUV.

If you really want a RAV4 that holds nearly as many passengers as the Land Cruiser and similar SUVs, they are out there. But you'll need a lot of luck to find one.

Any exterior distinction for a third row seater