If you own an F150 and it fails to start after running for a while, you may wonder what's causing the problem and how to fix it. Luckily, we have done the legwork for you, and here is what we found.

The following are things you can do if your F150 fails to start after running for a while:

You should tackle the problem as soon as possible to get your car back on the road. Keep reading to get detailed information about how to deal with an F150 that won't start after running for some time. 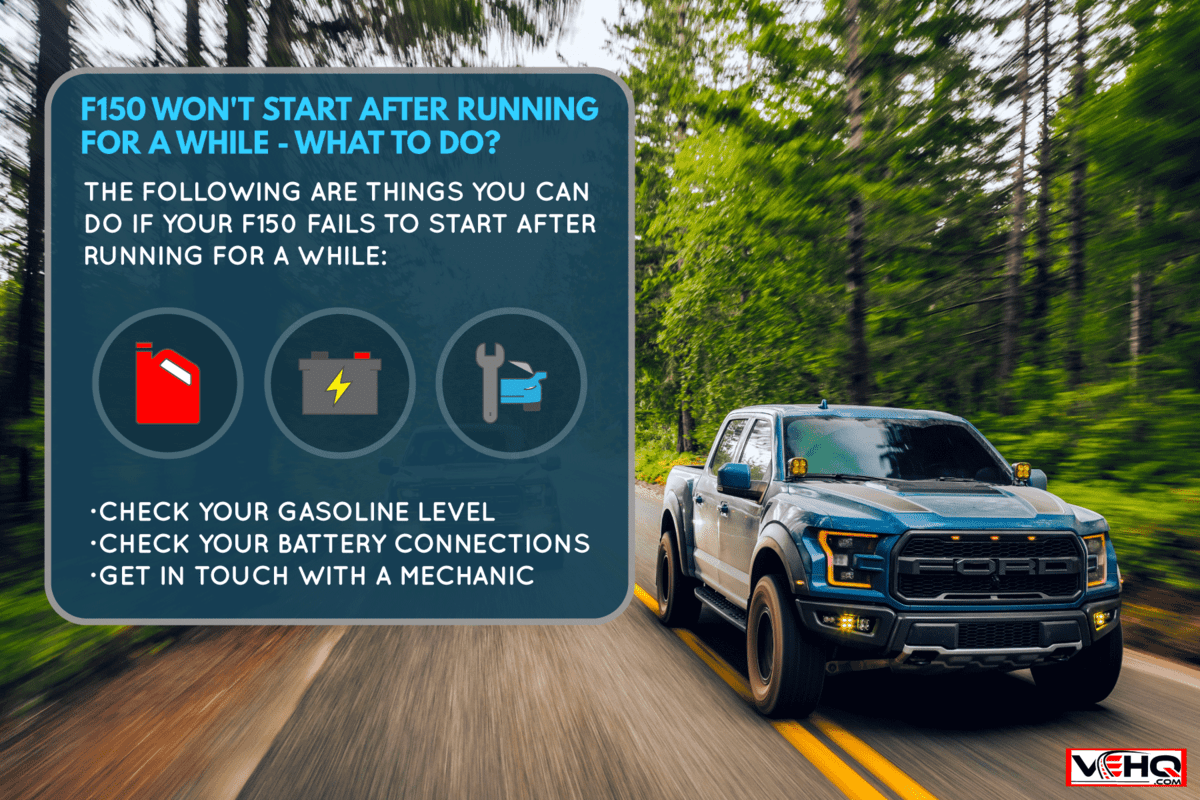 What To Do If F150 Doesn't Start After Running For A While?

If your car starts acting strangely, you should look for the cause right away in order to solve the problem. After driving for some time, if your F150 fails to start, do the following:

The first thing to check if your F-150 won't start after being driven for a while is the gas level. Do this quickly by looking at the gasoline gauge and seeing if the low fuel light is on.

This might seem like common sense, but you would be surprised by how many people forget to check their fuel levels while driving. 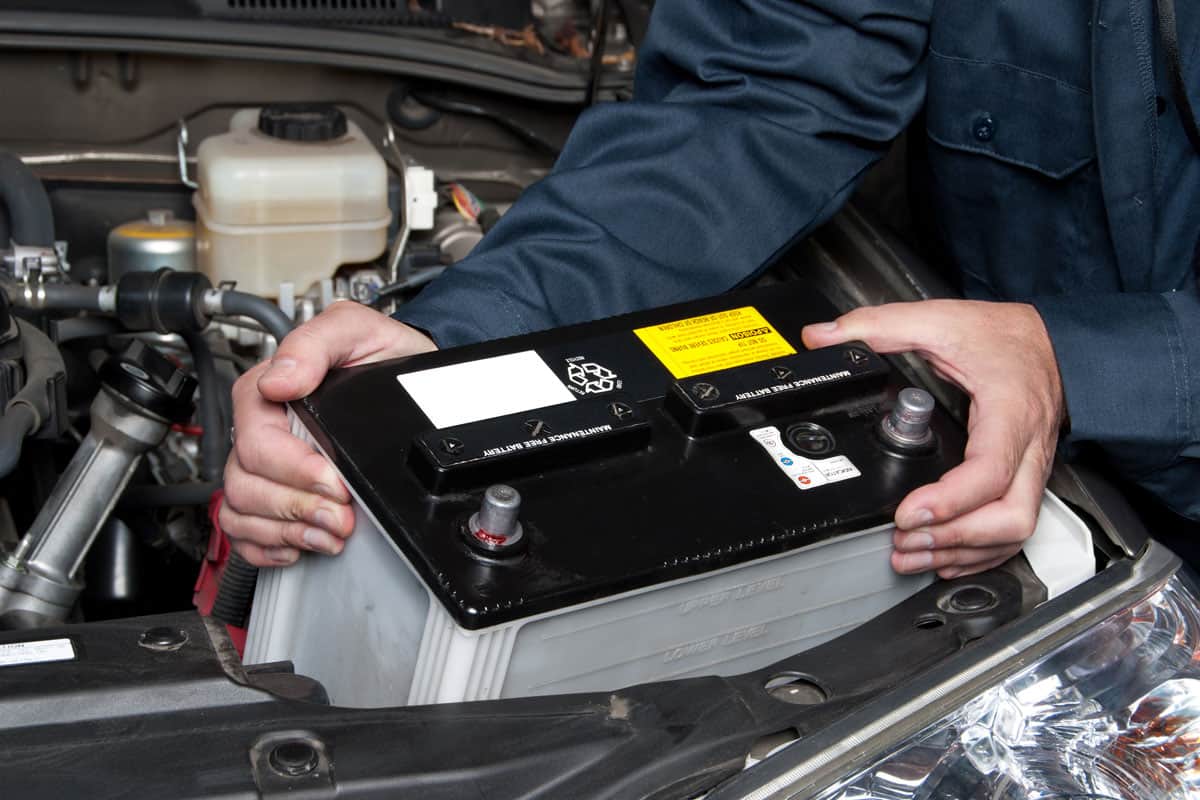 If you still have enough gasoline in your car, the next thing to check for is your battery connections.

Corrosion in a battery is usually easy to spot, so you can do a self-check. Remove the key from your ignition, wait for your engine to cool, and then open the hood.

Find the battery and take note of any abnormalities, such as loose cables or corrosion. If you see these, they could be the reason for your trouble. Having them changed and cleaned by a mechanic should be enough to fix the problem.

Get In Touch With A Mechanic 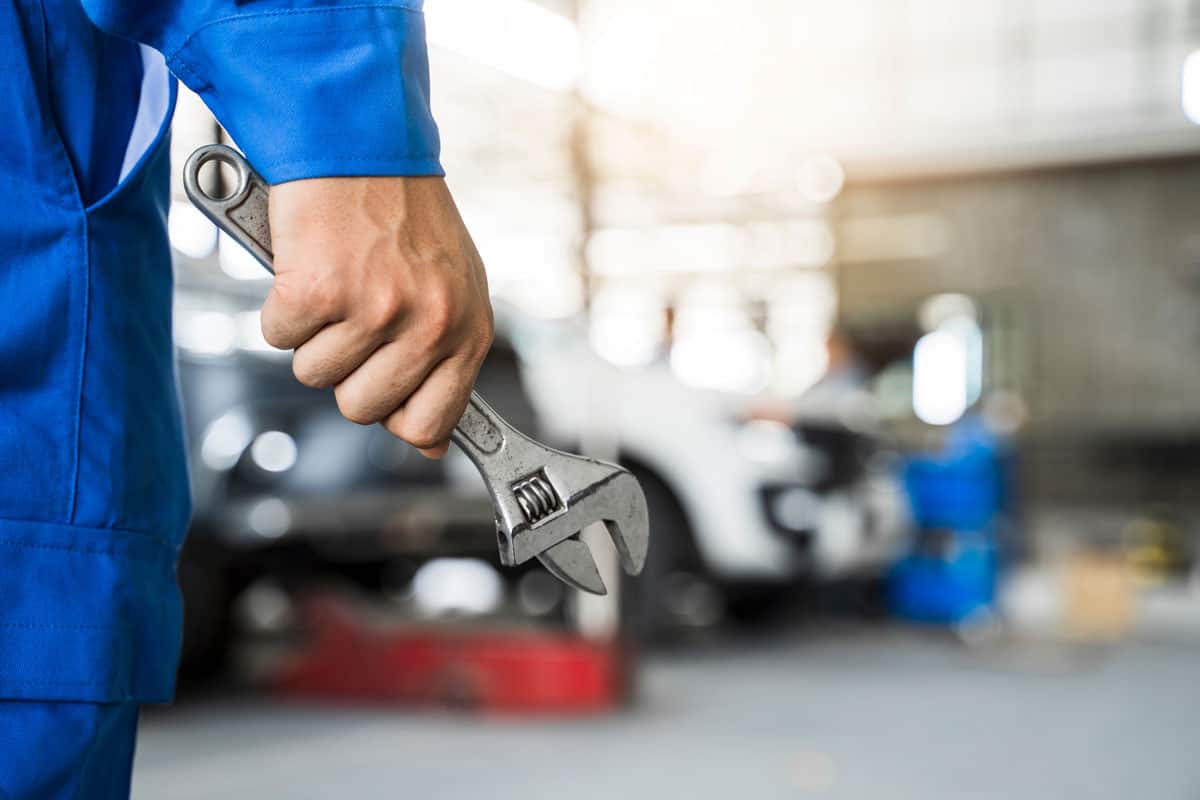 If you have tried all of the above and your F150 still won't start, it's in your best interest to consult a qualified mechanic to find out what the issue could be.

There is a possibility that the issue is more complicated (faulty starter motor or an alternator) which would require the replacement of parts. If the experts find a defective component, you may need to replace it.

Why Is My F150 Not Starting After Running For A While?

Here are common reasons why your F150 fails to start after running for a while:

Problem In The Fuel System

Many problems might arise with your F150 fuel system, which could prevent the combustion chamber from receiving the appropriate quantity of fuel.

You may have run out of gas, or the problem could be more serious, like a faulty fuel pressure regulator, a bad fuel pump, or a leaking fuel injector.

With these components, things may appear normal before the engine has even had a chance to run and warm up.

When the fuel lines reach their normal operating temperature, the symptoms become more noticeable, and that's why your F150 refuses to start after running for a while.

Your vehicle's fuel pump is one of the essential units of the automobile. It draws fuel from the fuel tank and transfers it to the engine so that your automobile, truck, or sport utility vehicle may start and continue to operate.

Your fuel pump typically lasts for at least 100,000 miles. If you have already surpassed this, problems might start popping up, and it might be time to have this fixed or replaced.

One of the common issues that can prevent your F150 from starting is an alternator that has become overheated while running your car. Your alternator could become too hot for some reason.

However, overcharging the battery is typically the main contributing factor. The output current of an overcharged battery typically surpasses the alternator's capacity.

If you continue to drive your automobile despite the fact that the alternator is overheating, you are likely going to cause significant damage to your vehicle.

If the alternator in your F150 gets too hot while you're driving, it could cause your gasket to blow, which would ultimately prevent your car from starting.

If you notice your F150 won't start after running for a while, the battery terminals could be loosened.

When you drive your F150, the car's vibrations may cause the battery to shift around in its housing. The connections to the battery may become loose over time. Corrosion can also happen, which further weakens the battery terminals.

When the engine is hot after running the vehicle for a while, the problems that arise from this lack of connection can sometimes be obvious.

As a result, you won't be able to get the engine started, and there is also a chance that the electrical components won't work properly.

A motor in the starter of your F150 sends current to the windings. Over time, this motor can become less effective.

If the starter is already in need of repair, the increased temperature of the engine after running it for a while may render it inoperable and prevent you from starting your car.

When the motor starts to fail, you will hear a grinding noise, a buzzing sound coming from the motor, or a loud clicking sound when you try to start the engine.

How Much Does It Cost To Repair F150 That Won't Start? 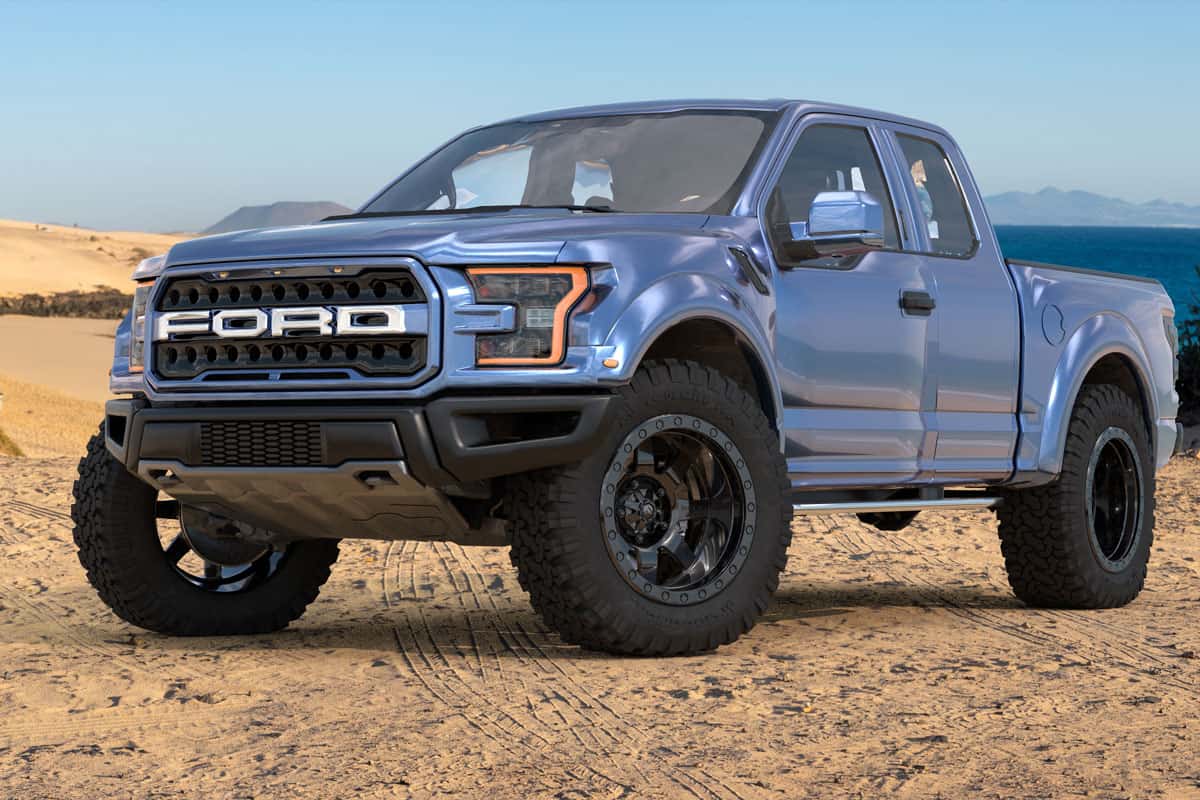 This range does not take into account additional costs such as taxes and fees, or your specific location. It's possible that further repairs, including replacing parts, will also be required.

If the problem is with the starter motor, the cost of rebuilding and repairing the starter's parts could range anywhere from $50 to $350 depending on the severity of the problem.

Depending on the retailer, a new starter might cost anywhere from $80 to $350.

There is no fixed lifespan for the F150 engine. It is dependent on a number of other things, such as your car's model year, how frequently your car is used, how well it is maintained, and so on.

You may have turned your Ford F-150 into a work truck. In such an instance, you can drive it for around 15,000 miles each year. This may not be the same for other users.

However, F-150 can last anywhere from 150,000 to 300,000 miles on average. Many owners of Ford F150s have reported having to repair their engines at some point in the middle of these two extremes.

Can Overheating Cause F150 Not To Start After Running For A While? 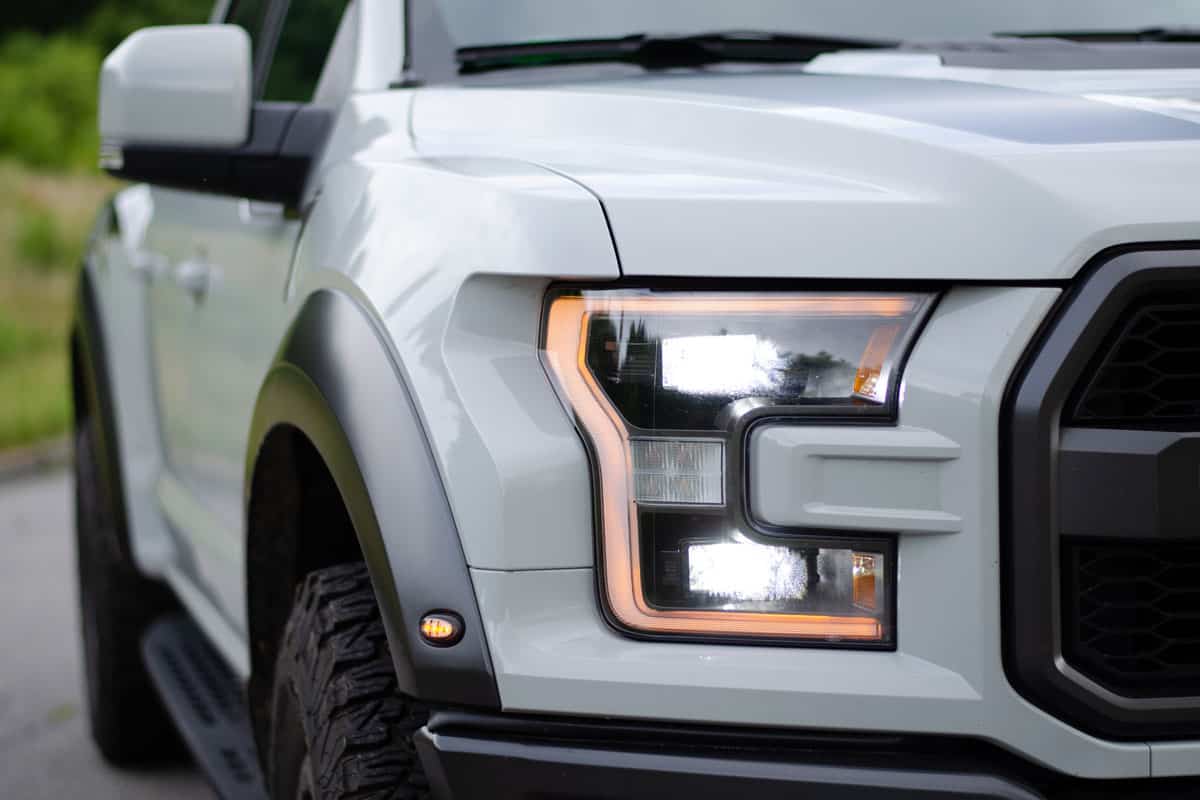 Yes, overheating can prevent your F150 from starting after running for a while.

The cylinder head and/or the engine block can become distorted due to excessive overheating, which can result in the vehicle being unable to start due to a loss of compression, valve damage, and other issues.

You should be able to prevent your car from experiencing these problems by turning off the engine and allowing it to cool down once you notice the temperature needle is beginning to move into the red zone.

Most overheated engines are caused by issues with the cooling system or engine oil that is severely in need of change. Alternators can get overheated as well.

If you keep up with the engine's routine maintenance and keep an eye on the temperature dial, your vehicle should be able to steer clear of these problems.

What Happens If You Try To Start  F150 Too Many Times?

If you try to start your F150 too many times, it is very possible for the starter motor to overheat and become damaged as a result.

It can be tempting to try and see how much continuous cranking the starter can put up with, but if you do this and continue to turn the key, the starter will get overheated.

Cranking your F150 for more than 30 seconds at a time is a bad idea. If an engine does not start within the first ten seconds, there is a problem that most likely will not be solved by continuous cranking of the starter motor.

At the very least, make sure to give the starter a rest. By so doing, the starter will have time to cool off. 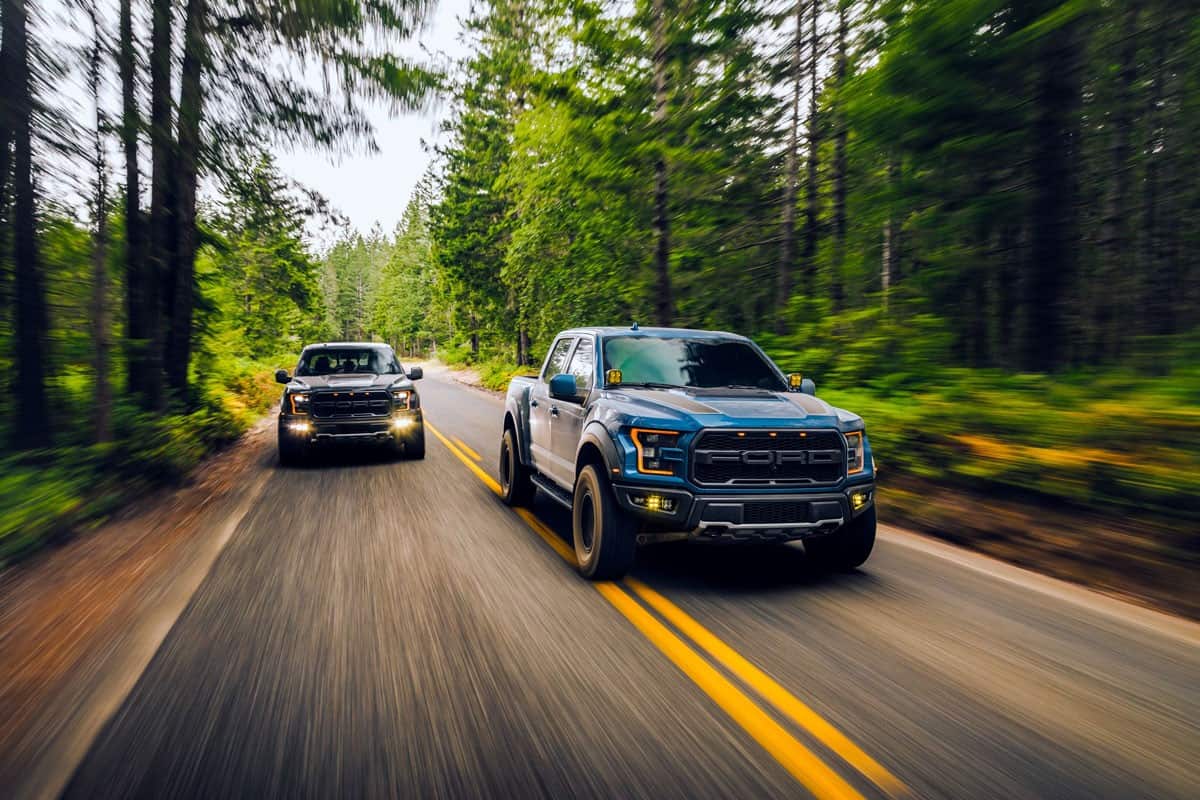 If your F150 fails to start after running for a while, you must check your gasoline level and battery connections. Don't hesitate to get in touch with your mechanic if you can't solve the problem by yourself.

Car Won't Start When Parked On A Hill - What To Do?

Dashboard Lights Flickering Car Won't Start - What Could Be Wrong?