The 24 valve Cummins engine is a bit of an engineering marvel. It was developed to be durable, powerful, and efficient. The original design goals included producing more power with less fuel consumption than the 12-valve Cummins engine that preceded it. This article will explore how long the 24V Cummins diesel engine can last when taken care of properly, so you know if it's the right fit for your truck needs! 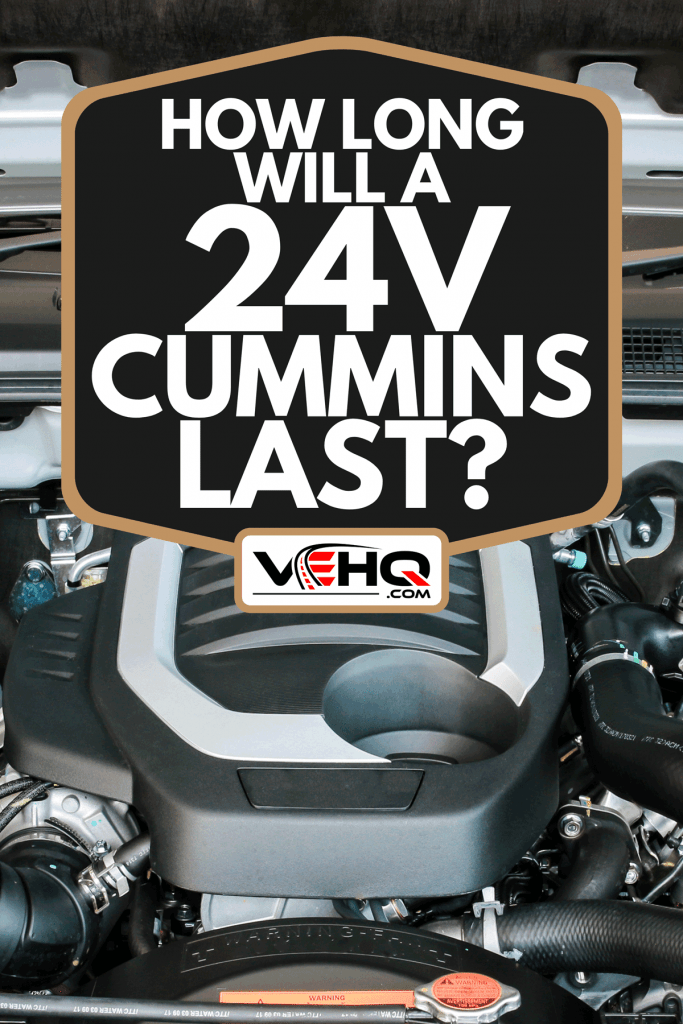 How Long Will A 24V Cummins Last?

Cummins is one of the most trusted diesel engine brands in America. The 24 Valve Cummins engine was designed to be easy to maintain.

It comes with an oil change indicator that will let you know when it's time for a new oil filter and fresh diesel. Furthermore, this model uses less fuel than other engines of its class.

If you own a truck with the 24 Valve Cummins engine, you are in luck. Based on consumer reports, the engine can last past the 350,000-mile mark.

The engine was offered with either manual or automatic transmissions and came in two output types: standard, which meant it produced 280 hp/450 lb-ft of torque, and high output (HO) that increased those numbers to 300 hp/700 lb-ft.

In 2007 though, all 5.9s were gone for good—replaced by the 6.7L version fully compliant with US emissions standards.

The lifespan of a 24 Valve Cummins engine can last a lot longer when it's taken care of properly. Some ways to take care of your engine include changing the oil frequently, keeping up with your vehicle maintenance, and driving economically.

Many Dodge Ram consumers have boasted that the 5.9 liter 24 Valve Cummins was one of Cummins's best engines. However, if you look at used dealerships and websites, you will find that the engine itself is the reason why they hold their value so well.

How did the 24 Valve compare to the previous 12 Valve engine, though? Read on as we compare the two diesel engines.

There isn’t always a right answer as to whether the 12v vs. 24v 5.9 Cummins is better. Both engines are great all around, and which one is “better” will vary from person to person, though some things that each does well certainly stand out more than others.

If your truck is primarily for hauling and such, then yes, a 12 valve Cummins engine would be better because it will get about the same fuel economy as the 24V Cummins at half of that power.

However, if your truck does not haul much, we typically recommend going with a 24 valve Cummins over a 12 valve Cummins due to its added torque and horsepower.

Compared to its 24-valve predecessor, the simplicity of the 12 Valve is a huge benefit. In addition, the engine was built in an era before endless electronics and complex systems.

Another advantage of this diesel motor over others on today's market is that it uses older technology—P7100 injection pump—known for being more reliable than Bosch VP44s used by other companies' engines at the time (and now).

While both are excellent options as far as reliability goes, we want you to know up front that there isn't much difference between them; they're great turbodiesel engines overall!

The Cummins 24v engine is higher output, newer in age and design compared to the 12v. It also has some special features that make it stand out from other engines, including "chip" tunes for more performance on demand.

What is Considered High Mileage For A 24 valve Cummins?

A 24 valve Cummins engine typically has about 200,000 to 300,000 miles before needing some major work. This is average for any diesel motor that was used daily and made to last!

However, if the price is too good to pass up, you should take a chance to buy an older model because even though high mileage engines are much harder to find parts for, they still do have a good amount of life left in them.

When looking at used 24 valve Cummins engines, be sure to ask the previous owner what they did to take care of it during their ownership. If they didn't do anything special, it would probably need some work done before you can use it!

Also, it is a good idea to get a CarFax report on the truck before making a buying decision. A CarFax report will give you a detailed history of the maintenance, the number of previous owners, and if it has been in an accident.

If a used 24 valve Cummins sounds like too much trouble, we recommend going for one with less than 100,000 miles on it because they don't require as much maintenance and tend to last a little longer.

If you are looking for used Cummins engines, make sure that the one you get has been cleaned up well before shipping or driving it home because there could be many problems with rust if they were left outside in harsh weather conditions over an extended period of time. 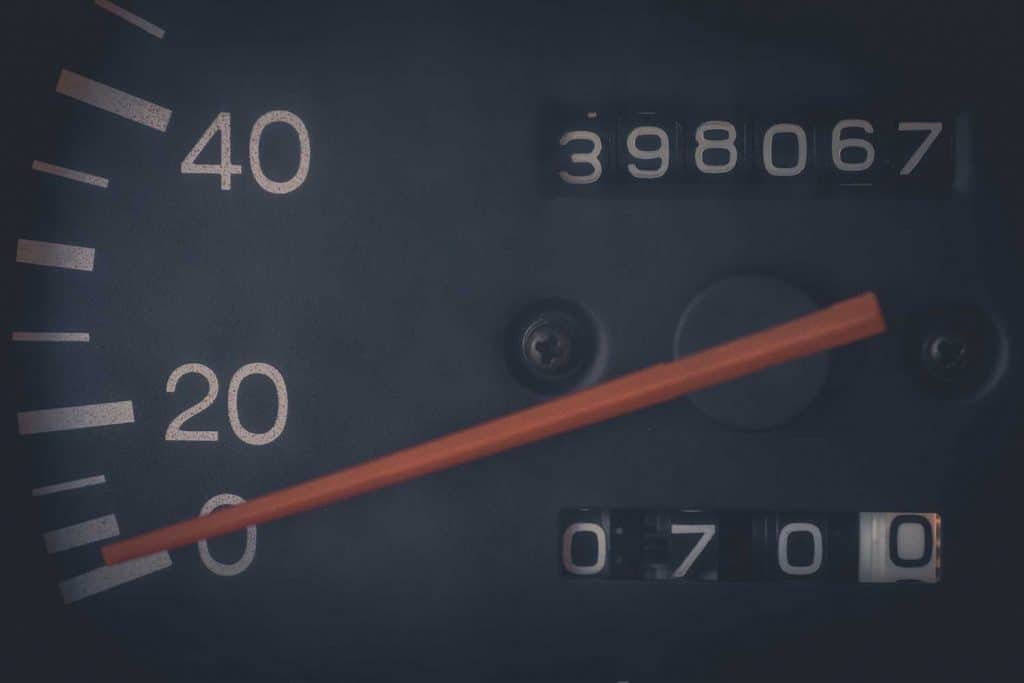 Is it worth buying a high-mileage diesel truck?

The short answer is yes. It can be worth buying a truck with high mileage so long as you know what to look for.

A 24 Valve Cummins with high mileage is no different than other engines in that it will need some work done before you can start hauling. If the price is right, though, go for it!

The engine can have a lot of life left to it, and depending on what type of use you put your truck through, it could last another 100k mile or so! So do your research first because sometimes hidden problems are hiding beneath the surface.

You might also want to consider buying an extended warranty (if applicable) if something does happen out on the road; warranties cover mechanical failures after the manufacturer's warranty expires (some up to five years).

Of course, every situation is unique, but these types of policies come highly recommended. 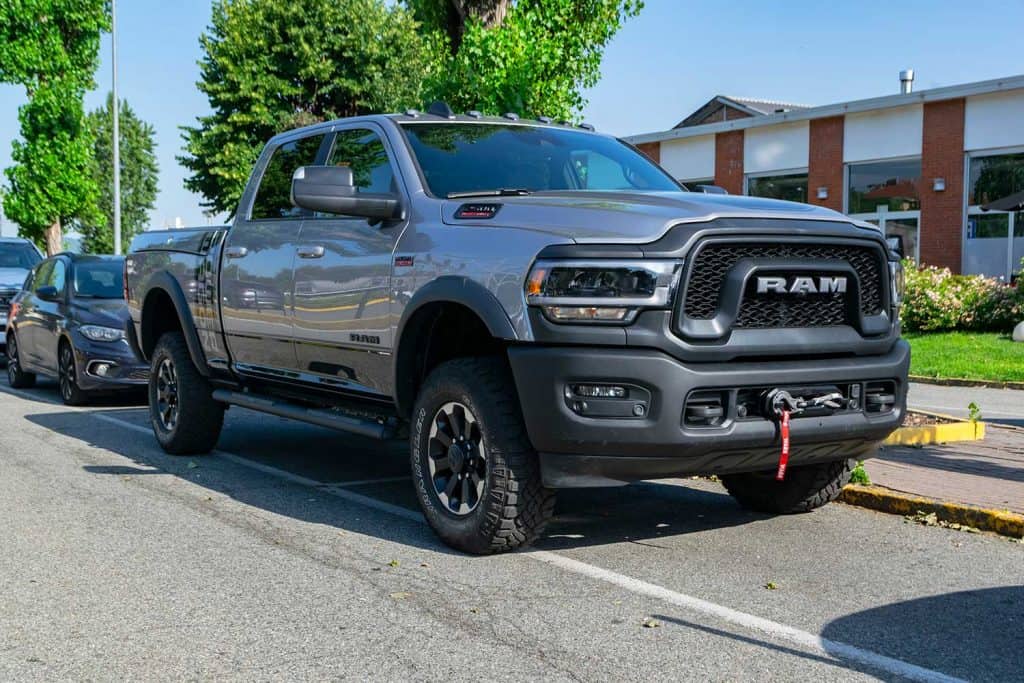 What year is Cummins most reliable?

In addition, owners give these vehicles the highest reviews for their hauling capacity and reliability.

The 1996-1998 Dodge Rams were one of the most reliable and capable engines in the world. This was due to their P7100 injection pump, which complemented the Cummins 5.9L engine beautifully.

The 1996-1998 Cummins diesel engines are built to be strong and dependable. The 5.9L Cummins engine is simple yet powerful, making it reliable as well. Reliability is something that makes Dodge Rams stand out from the crowd of other trucks in its class.

When you search for used Dodge diesel trucks, the 2006-2007 common rail engines are beneficial because of their increased horsepower.

However, despite this benefit, they lack durability compared to the 1996-1998 models. This is due to a new common rail injection system that often needs replacing if driven extensively.

In 2007-2012, Dodge Rams went with a 6.7L Cummins engine for more horsepower and torque to get the job done quicker. In 2011-12, these trucks gained greater responsiveness from an integrated exhaust brake which made it easier to tow heavy loads!

The 6.7L Cummins did come up short in fuel mileage. However, you probably aren’t buying a truck to eke out those extra miles on every gallon. What you want is a hauling, towing, driving machine. The 6.7L Cummins will get you 400 horsepower with around 1,000 pounds of torque.

It handles the power very well, but some drivers do report their head gasket popping in response when they hear that engine output!

The 24 valve Cummins engine is a great choice for consumers who need to haul and tow heavy loads. This type of diesel engine lasts for a long time with regular maintenance. Many factors determine the lifespan of this kind of vehicle.

For example, please look at the previous ownerships, accidents, and how well its current owner maintained it. Take the time to look at these because they can make a big difference in the lifespan of your 24V Cummins engine.

If you enjoyed this article on the 24V Cummins engine, you should also check out:

Can You Put A Cummins In A Chevy Or Ram Truck?

Do Cummins Engines Have Glow Plugs?

Do you have a 12V or 24V Cummins engine? Tell us about it below!