Diesel truck owners all know the Cummins brand and its high-ranking features. When you begin your journey into the truck world and are eyeing a Cummins, you might get stuck on which truck it can go in. Are they available for all diesel, or do you have to pick between a Chevy and Ram? We’ve popped the hood and found the answer for you!

Cummins engines are specifically manufactured for Ram trucks. Most dealerships will offer it as an upgrade or special order a truck for you. Chevrolets are made with Duramax/Allison engines, a staple of the General Motors brand. It is uncommon to put a Cummins into a Chevy, but it can be done with enough determination.

Swapping your gasoline engine out for diesel is going to extend the life of your truck, and the Cummins engine may even outlast the truck! If you’re ready to put the work, time, and money into the conversion, you’ll end up with a truck all your own. We’ll be touching base on the difficulty, cost, and whether or not it’s worth the swap or buying a new diesel off the lot. 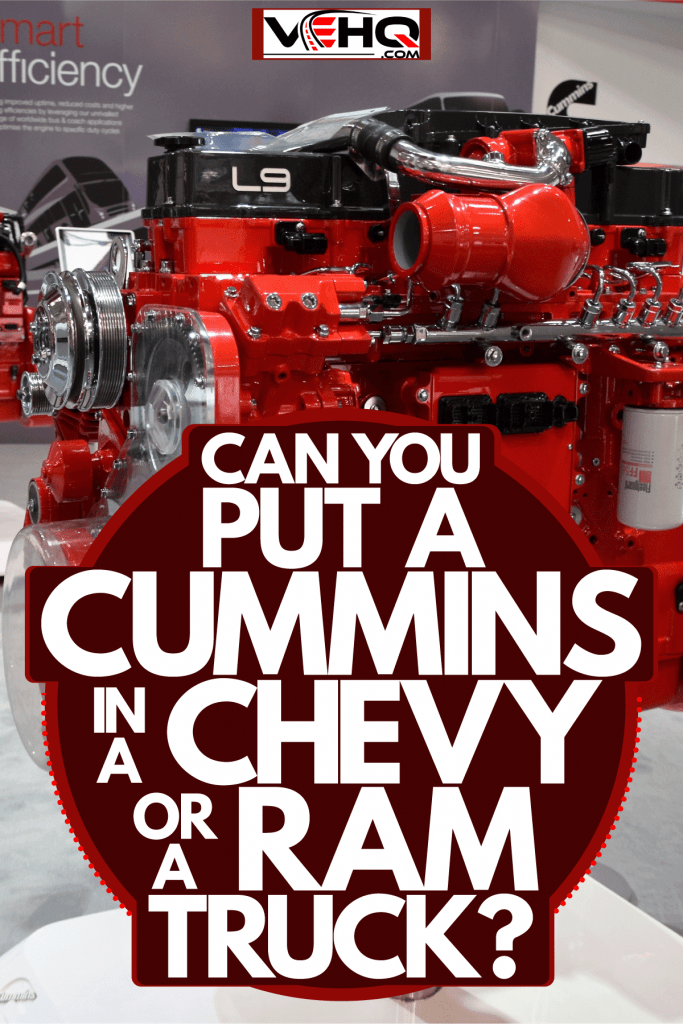 Is It Possible To Put a Diesel Engine in a Gas Truck?

In the general sense, yes, it is possible to put a diesel engine into a gas truck. These swaps have been becoming more and more popular as kits and resources become more available to a wider range of truck drivers. Diesel engines are desirable for their high energy output, fuel economy, and impressive towing capabilities. So, of course, who wouldn’t want to make the switch?

However, there are a few things to take into consideration. Take, for example, the engine size and the frame of the vehicle. If the current frame of your vehicle doesn’t perfectly house the engine, you’ll need to rearrange components and most likely fabricate a new mounting. The existing gasoline radiator is typically smaller than required for a diesel engine. Therefore you’ll also be needing more room for a larger radiator.

The stability of the truck’s frame could also play into the towing capabilities. While diesel engines can handle large towing weights, if your truck wasn’t made for it, then you won’t be able to pull more. You will, however, be able to pull the maximum weight much easier while burning less fuel.

Another consideration of an engine swap is the additional weight. Due to diesel engines having more heavy-duty parts, you’ll have a more significant weight than the gasoline engine. Now you’ll need to take a look at your suspension, motor mount, and front axel to make sure it can hold all the new weight. Welding skills will come into play for this modification. 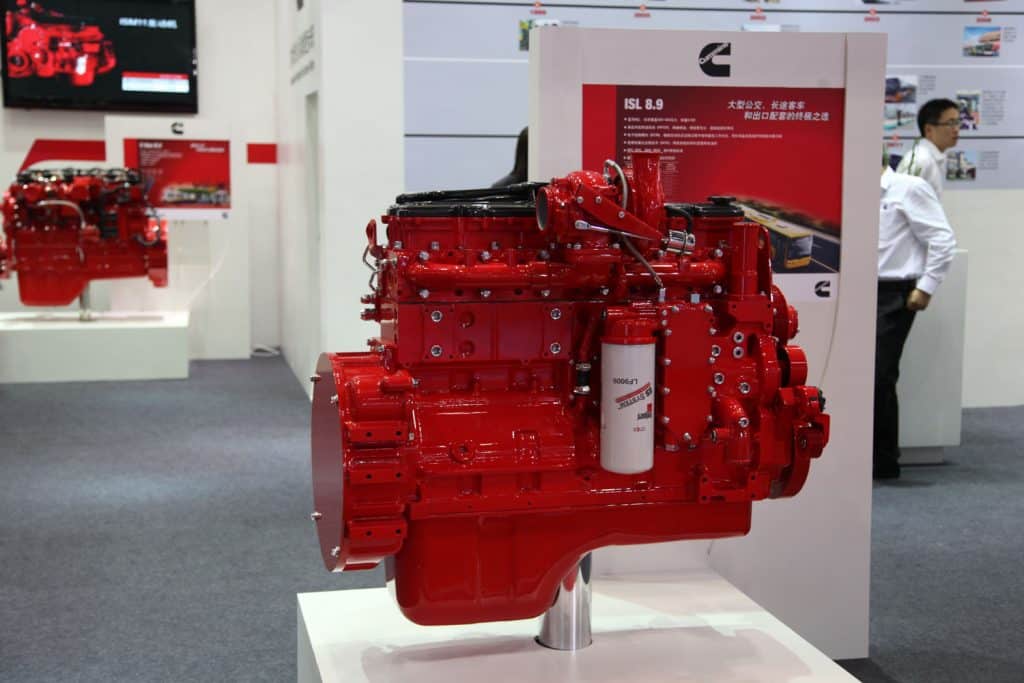 Well-versed in the Cummins brand, you’ll be able to find a considerable amount of Ram, Dodge, and Ford owners that have made the swap. Released in December of 2020, the new 2021 Ram Heavy Duty Cummins 6.7L Turbo Diesel is top of its class. According to the Ram website, you’ll be able to go into a dealership and buy from the 3500 high-output lineups and the turbo diesel 3500 lineups with Cummins.

Duramax with Allison transmission is the staple of General Motor products since 2001, such as Chevrolet. You can expect to get anywhere between 100k-500k miles out of this engine, depending heavily on how well the truck has been maintained. In terms of horsepower, Duramax has been in the lead since late 2007, while the title of toque has been given to Cummins. You’ll be able to find the Duramax 6.6L with the 10-speed Allison transmission on the 2020 and 2021 Chevy Silverado HD lineups.

Switching from a gasoline engine to diesel will also require some research on your local emission laws. In California, light and heavy-duty engines are required to pass inspection to be street legal. If your local laws are like this, you may run into issues when you renew your vehicle. Or have issues come up at a shop if you’re paying someone else to do it.

How Hard is it to Do A Diesel Swap?

When doing a diesel to diesel swap, it tends to be easy and won’t require as much work as a gasoline swap. You’ll often see truck owners do swaps with the engines manufactured for their brand. For example, am and Dodge sticks with Cummins while Chevy sticks with Duramax. This is because the cars’ inner mechanical workings and body can mate to their respective brands easier.

A full swap may take you between 40-60 hours in flagged hours to complete. This is not including the time it takes to research, find the parts, and any other speed bumps that may arise. A seasoned mechanic or well-versed enthusiast will be able to work on the car with little to no problem, as long as they have the tools at their disposal. There is a story of a Chevy owner that couldn’t resist a Cummins engine and reached out to a custom shop to help him get there.

Depending on which engine brand you go with, you’ll need to make sure it is compatible with the current overdrive, transmission, lock-up, and ECU. As discussed in diesel forums, it is recommended to be open to switching to a lock-up torque converter with a clutch to make sure you’re getting as much power as possible out of the engine. The type of converter you get will greatly help reroute the extra pressure and keep your head gaskets from blowing.

How Much Does it Cost to Cummins Swap an Engine?

A ballpark starting price for a Cummins swap is between $9k-10k. The costs can vary from location to location as some engines, the 4BT, and 6BT, are in higher demand than the other. Then you have the costly items of wiring, axels, suspension, valves, pumps, and injectors. Think about if you want to start with modified parts right off the bat or stay with stock parts during the swap.

The suggestion of a donor vehicle will pop up whenever you talk to a car lover about doing a swap. A donor vehicle can have the engine or parts you want out of it, and then you sell the rest for scrap money. Depending on what parts you need for the swap, you can save hundreds to a few thousand. No matter what, always give yourself the possibility of going over budget. It’s best to set aside $3k-4k for those whoops moments.

Is A Cummins Swap Worth it?

If you’re a true diesel lover, a Cummins swap is entirely worth it. It will cost you a good chunk of money and take time, but as a result, you’ll have a truck no one else has. You’ll often see owners of older models, 1999 and back, doing Cummins swaps to match the integrity of their trucks. Older vehicles like that already have clocked time on the road, and a Cummins can keep up with the miles to come.

These are the top 4 benefits you’ll get from a Cummins Swap: 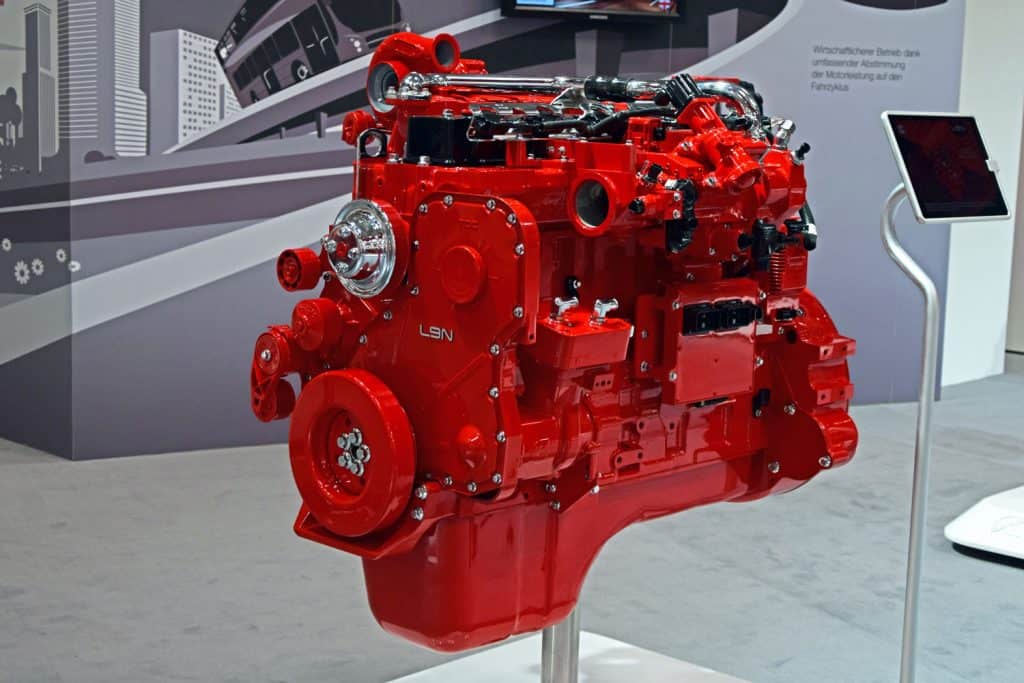 Cummins engines are almost always put into Ram trucks. Some Chevy owners take the plunge into that swap, but it costs more in the end. Either way, be ready to spend up to 10k and then enjoy your new and improved truck. You’ll be sure to turn heads and get questions where ever you go.

Does Nissan Titan Have A Diesel Engine?

Is The Kia Telluride A 4X4 Or AWD?