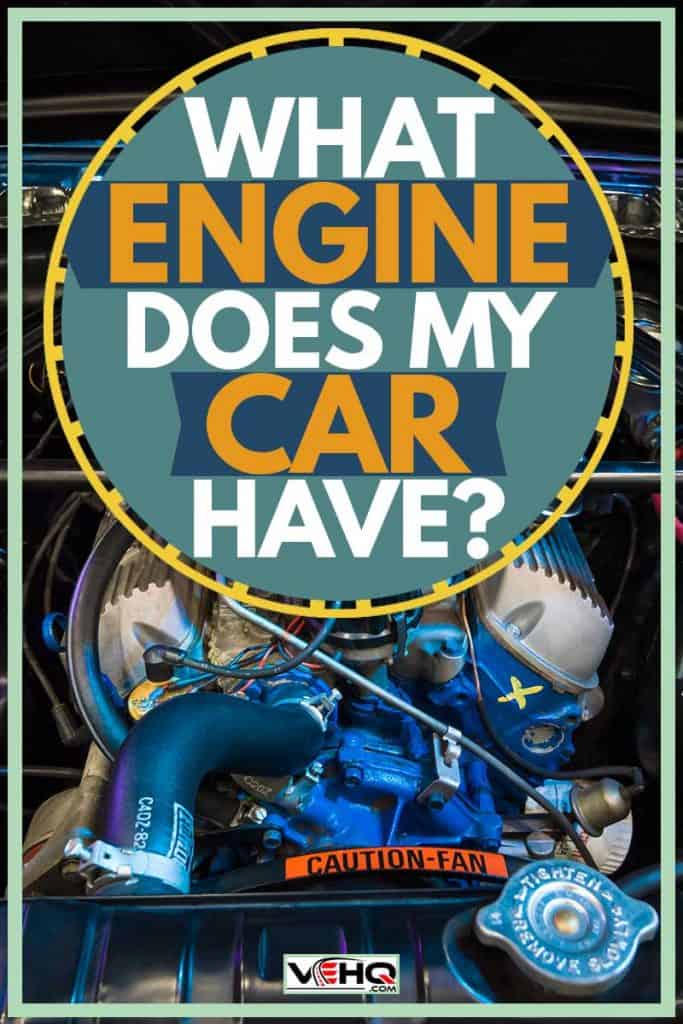 When most people wonder about the type of engine they have, they're likely wondering whether they need to fill their tank with gasoline or diesel. Don't wait until you're standing in front of the pump though. It's your duty as a driver to know the vehicle that you're operating - including the type and strength of the engine.

Keep reading to learn more about each of these methods, including figuring out where to find your VIN number. We'll also discuss the types of engines in brief, to try and help you figure out what you need.

Using Google To Find Out More About Your Engine

You should know your car's make and model. If this isn't your car and you're not sure, take a walk around the vehicle and look for the badges. 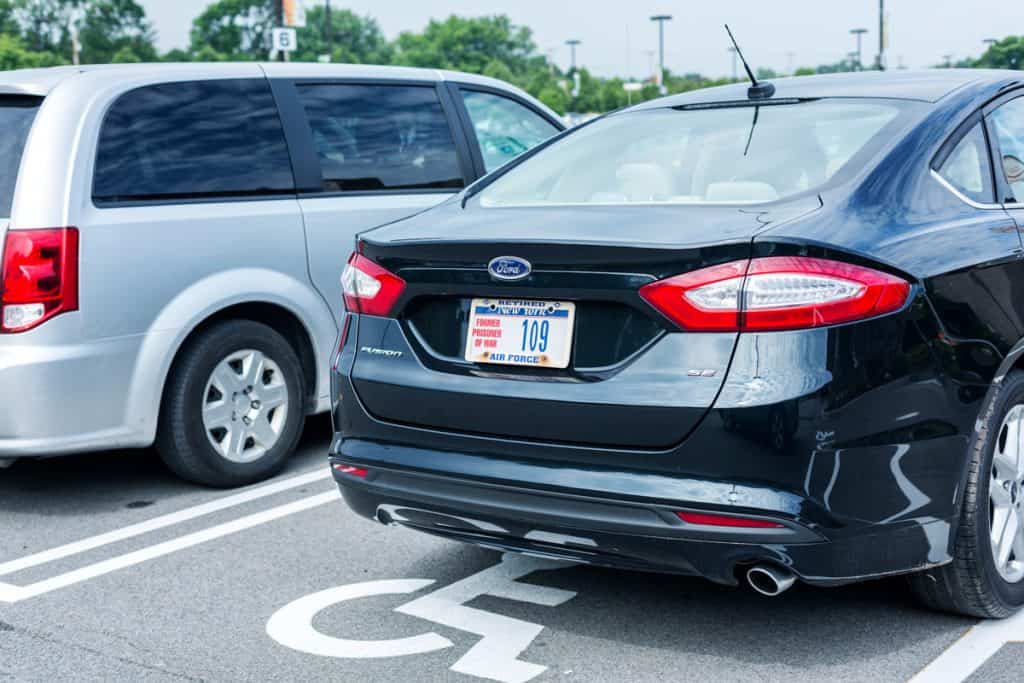 In the example above, you can see the Ford emblem and also that this is a Fusion SE.

Googling for "Ford Fusion SE" will take you to the model's page on Ford's website. Scroll down, and you'll see this under "Power" -

You now know that your car has an EcoBoost gas engine. It's probably a 1.5L engine but it could be the 2L version too.

Look Up Vehicle Specifications By VIN

The VIN or Vehicle Identification Number is a seventeen-digit number that is basically everything you need to know about your car. Here's how to find your VIN number -

Once you have the number, you can enter your VIN into the national database through the National Highway Traffic Safety Administration here to see if there are any recalls on your specific vehicle. They will also give you the vehicle's make, model and year of make.

What Number In The VIN Is The Engine Size?

In your string of VIN numbers typically the 8th number is the one that says your engine size. There are VIN decoders available on the web that make finding out all of this information super easy and convenient.

Go to the NHTSA website and type in your VIN number.

Once you have your results, scroll down to where it says Other Information. This is where you'll be seeing your vehicle's specs, including the engine. In this case, we tested the VIN number of a 2008 Chrysler Town & Country and retrieved this information. The highlighted parts relate to the type of engine that this vehicle has. 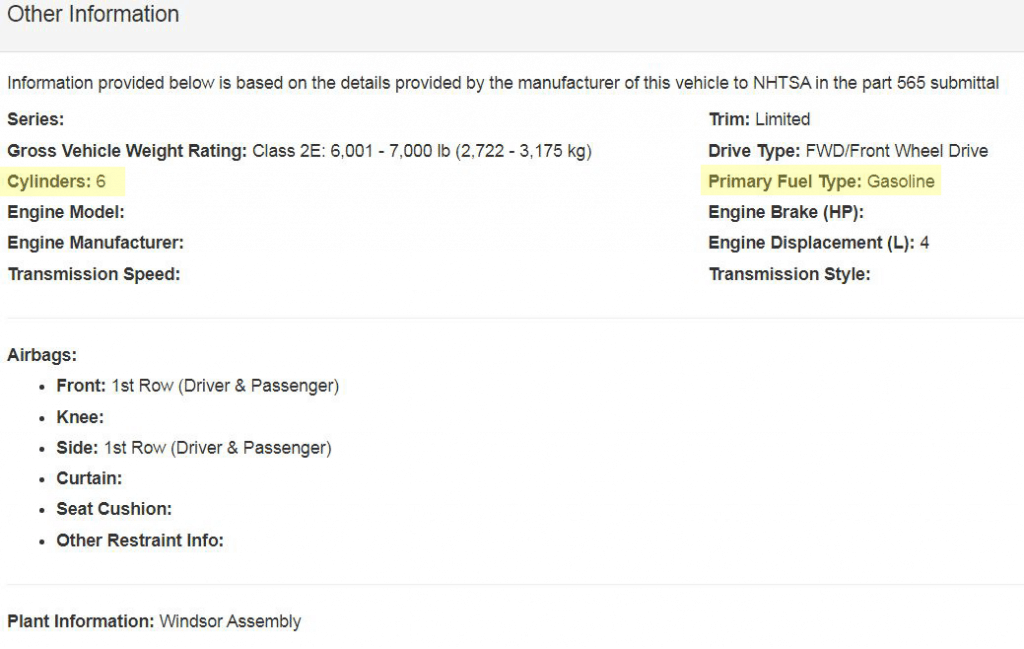 An internal combustion engine is basically a small controlled spark in your enclosed engine that generates power. This spark supplies energy by burning fuel such as diesel or gasoline. For an electric car, you have an electric motor that is powered by a battery.

What Do The Number Of Cylinders In Your Engine Mean?

In engines powered by gasoline or diesel, the fuel goes into a number of cylinders where it's then ignited. Typically, the more cylinders, the more powerful your engine, and the faster your car. We'll look at this in more detail and at some of the models found in each cylinder category of the vehicle.

This is a pretty rare engine in cars mostly because it has such low power. But there are a couple of cars that utilize it, including the Fiat 500.

These engines are mainly used on small cars, but now that turbocharge is an option on them, you can occasionally find them on larger vehicles. Here are a few in production today: The Ford Fiesta and Ford Focus, the Mini-Cooper, and the hybrid Chevy Volt. 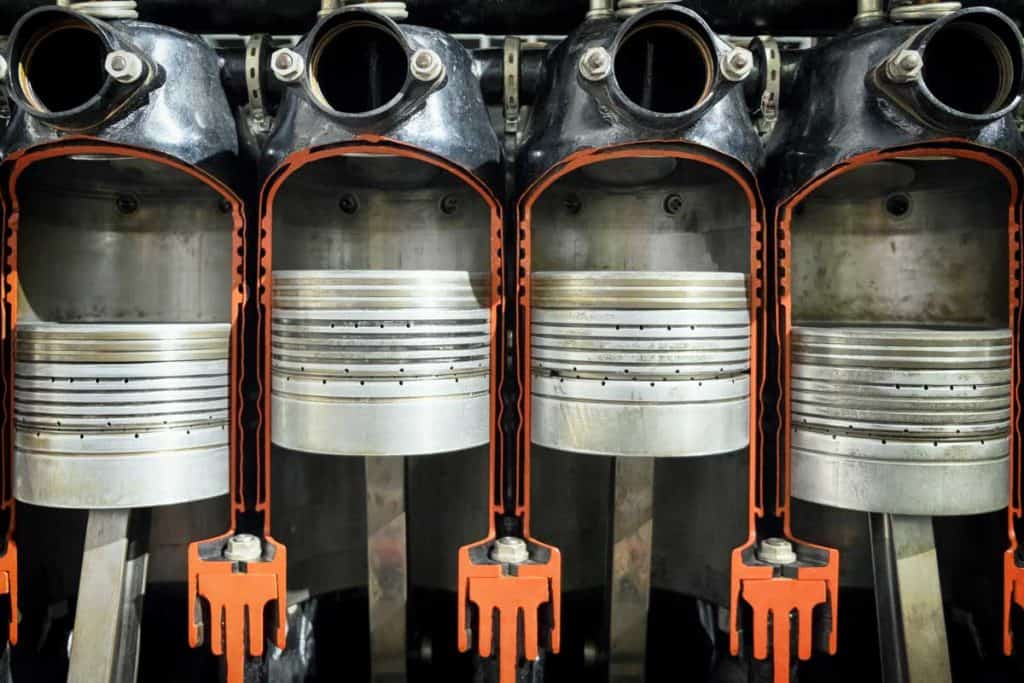 This is the absolutely most common of all of the engine configurations. It's available in a whole host of small to mid-size to even slightly larger vehicles. Like with the three-cylinder the addition of turbocharging can add quite a bit of zoom to a four-cylinder engine. Some models with this cylinder configuration are Subaru WRX, Mazda Miata, VW Golf R, Audi S3, Nissan Altima, Honda Civic, Hyundai Elantra, BMW 3 Series, and more.

This is a pretty uncommon configuration. It tends to be made because it has compactness similar to the 4-cylinder and smoothness similar to the 6-cylinder. Volvo is probably the most notable of vehicle manufacturers who have used the 5-cylinder engine, but several Acura models feature it as well. 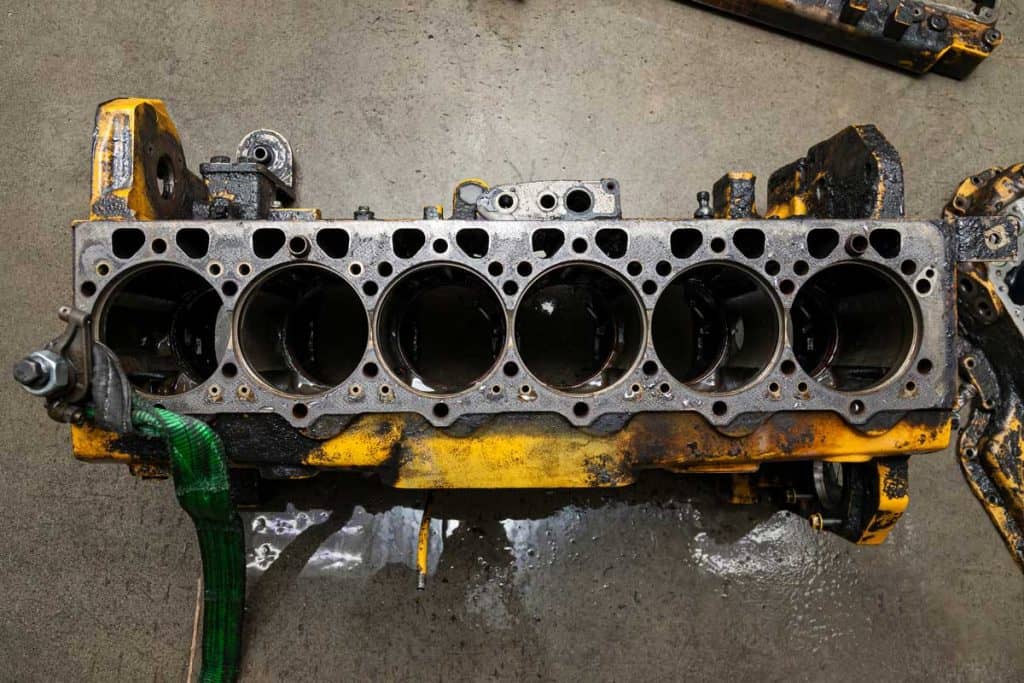 These engines are typically found on high-end performance and sports cars and often have the added bonus of turbocharging. They're often arranged in a V formation giving rise to the nomenclature of the V6 engine. Models that can be found with this engine are luxury cars like BMWs, Jaguars, and Mercedes. But other brands like Toyota, Audi, Genesis, Kia, and Dodge have some V6 models in their line-up.

Eight-Cylinder Engines (And Up)

If you have eight or more cylinders in your engine, chances are you know it. These are the super engines. They are super powerful, super growly, and super good. The Bugatti Veyron wins the cylinder game with a whopping total of sixteen cylinders in its engine. But V8 engines are also available in trucks which give them that good sound and that good towing capacity. Trucks like the Chevrolet Silverado or the Ford

Hopefully, this will help you get to know your car and its engine a bit better as you go forward. The VIN decoder is a really easy way to get answers to your questions. Also, your manual that comes with your car should have all of the specifics of your vehicle. It's a good idea to familiarize yourself with everything about your car.

If you found this post helpful, please check out these other posts about engines -

Electric Car Engines: Everything You Need to Know