Ford is an American carmaker and retailer that creates and sells trucks of different sizes. Now you're wondering if the company supplies its customers with small trucks. We searched for different small Ford trucks to be aware of, especially if you're planning to buy one of the brand's vehicles soon.

Some Fords small trucks released are:

It’s worth mentioning that each small Ford truck generally has distinct features and specs that separate it from the rest of the crowd. Keep reading as we talk about these vehicles in greater detail. We’ll also talk about other pieces of relevant information, such as the smallest Ford truck ever made at the time of writing.

Ford has made various small trucks over the years, including (but not limited to) the following: 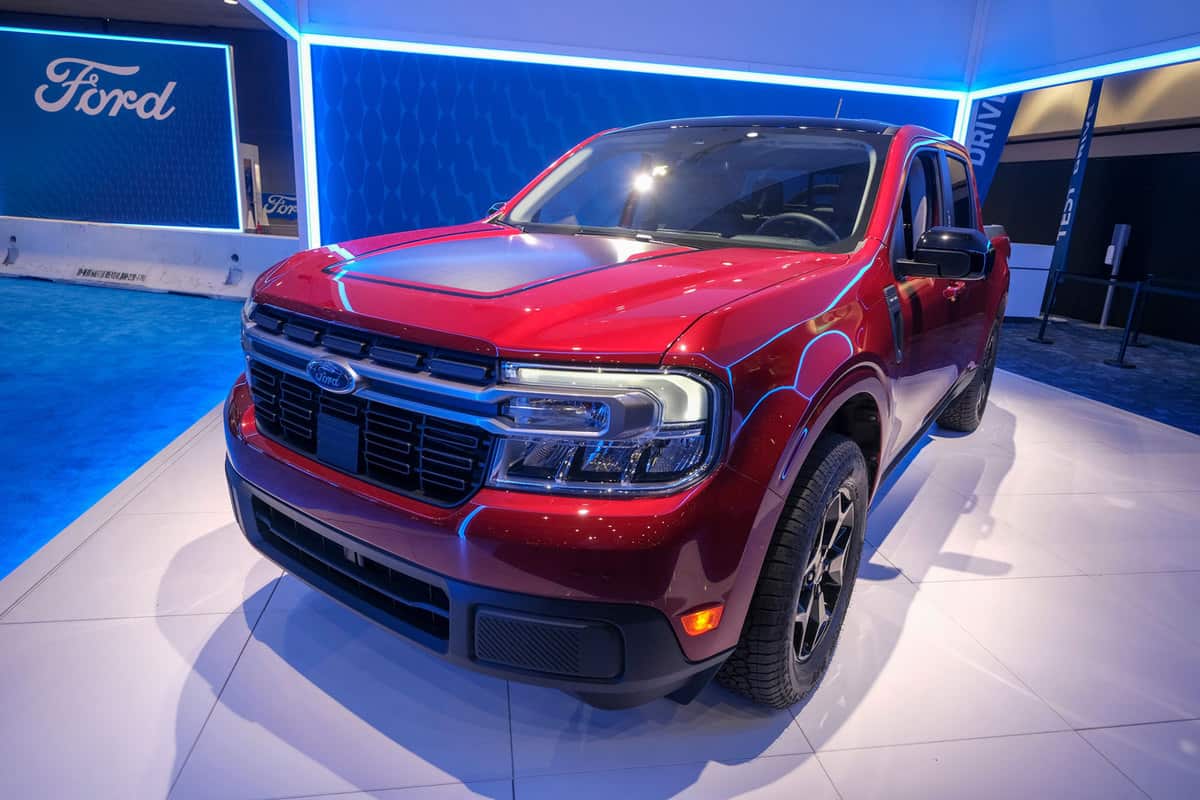 This American automobile manufacturer first released the Maverick in the 1970s. Also, it wasn’t a truck at that time. The first Maverick was a two-door compact sedan with a rear-wheel-drive transmission. Today, it’s now a compact pickup truck with different features to please various vehicle enthusiasts.

At the time of writing, Ford markets the Maverick compact truck as an entry-level hybrid vehicle. It also joins the ranks of fairly inexpensive trucks for budget-conscious buyers.

Interested buyers should expect Ford Maverick prices to start at about $19,995. In comparison, the average price of a light truck in 2019 is about $38,000.

Aside from its fairly reasonable price tag, buyers can also choose the Maverick to come with a hybrid powertrain. With this feature, drivers can take advantage of enhanced fuel efficiency for long road trips and reduced engine wear and tear.

Find out more about the 2022 Ford Maverick by watching the video below:

Despite its early end, some vehicle enthusiasts tout the Explorer Sport Trac as a "truck-slash-SUV." It has an open cargo box built to keep dirty and/or oversized items like mountain bikes in proper storage. Still, it has a bed that’s slightly longer than some of its competitors, providing a better storage capacity. 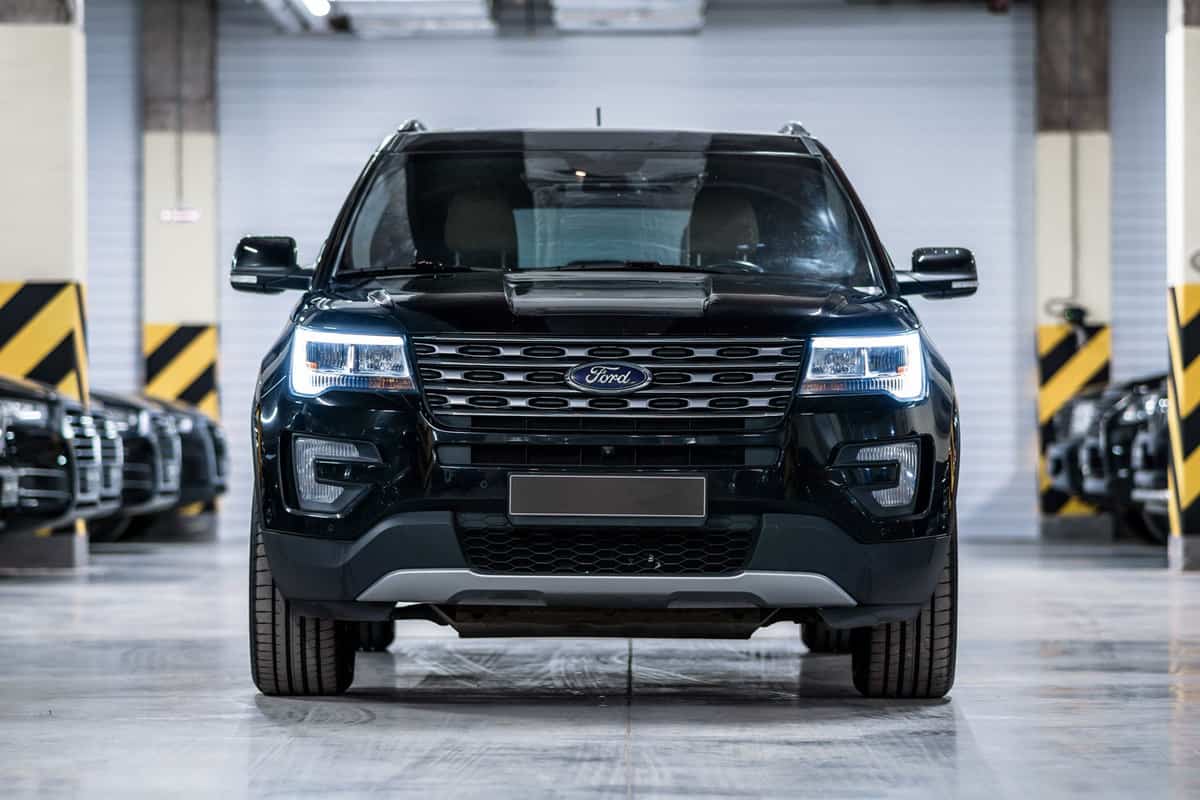 As for its last model, Ford decided to add extra features to this truck. The 2010 Sport Trac had trailer-sway control and voice commands. It’s also compatible with the Sirius Travel Link infotainment system.

If you want to learn more about the 2010 Ford Explorer Sport Trac, watch the video below:

The first generation Ford Ranger entered the market in 1983. It’s the successor to the Ford Courier, which was a delivery sedan. But the Ranger already had a truck body, which generally meant better storage capacity and handling than its delivery car predecessor. 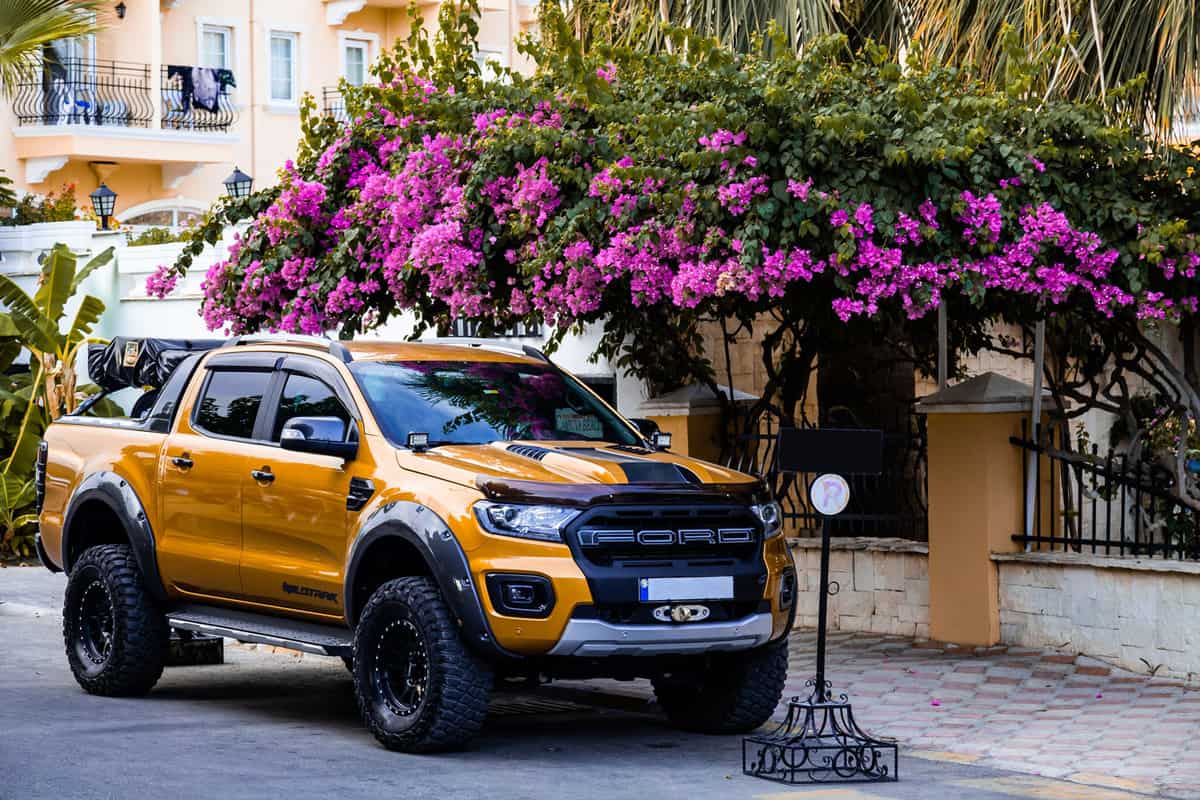 Throughout the years, the Ranger evolved continuously. At the time of writing, people can now see and experience Ford Rangers in their 4th generation.

The 2023 model even has distinct features that help separate it from its forerunners, such as:

It also has upgraded safety features, like the pre-collision assist and automatic emergency brakes. Ford also decided to replace the standard rearview camera with a surround-view model. Doing so allows the driver to have a wider view of the area when reversing this vehicle.

Owners may also install aftermarket infotainment systems for the Ford Ranger. Doing so may unlock additional benefits that the built-in touchscreen display might not provide.

Check out this Ford Ranger-compatible infotainment system on Amazon.

Learn more about the 2023 Ford Ranger by watching this video:

First released in 1966, the first-generation Ford Bronco became a reasonable hit among pickup truck enthusiasts. The release brought a 92-inch wheelbase, which is fairly large for the vehicle's size. 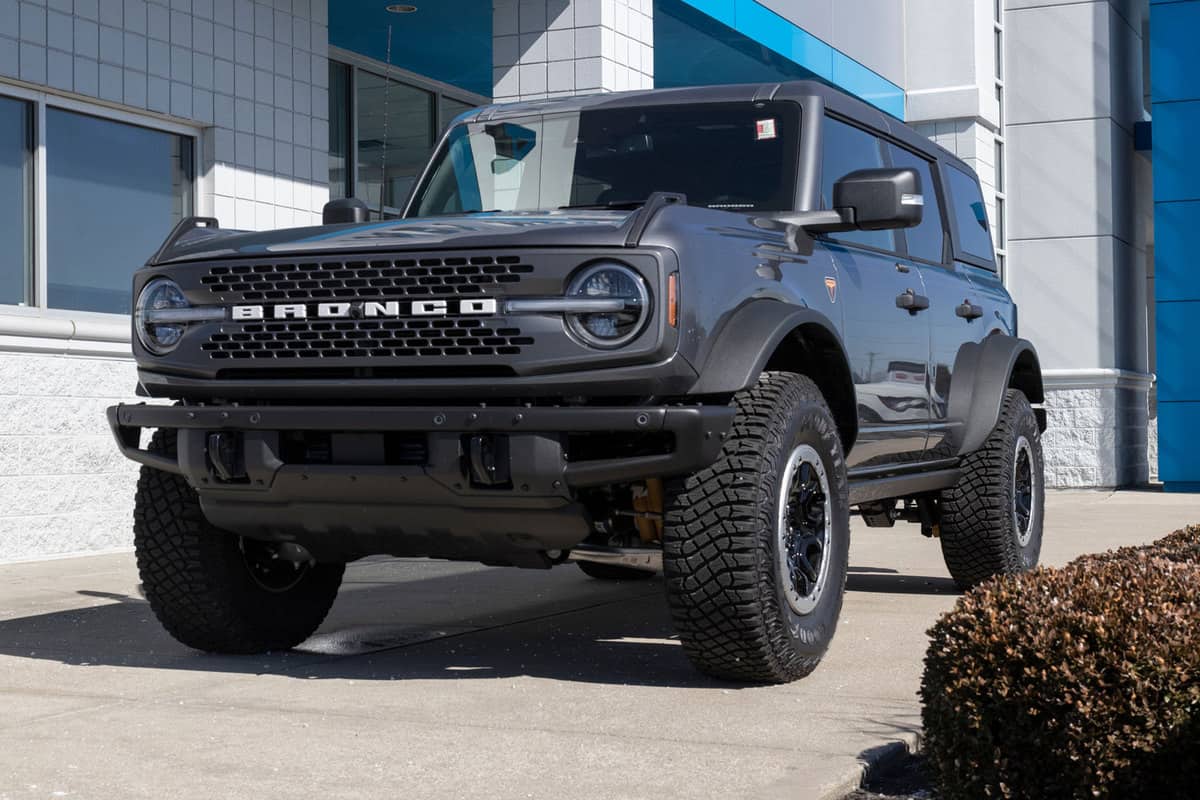 Over time, the Bronco continued to evolve as Ford updated its features and traits to match the times. But the continuous release came to an end in 1996 when the American carmaker opted to stop the production of additional Bronco models. 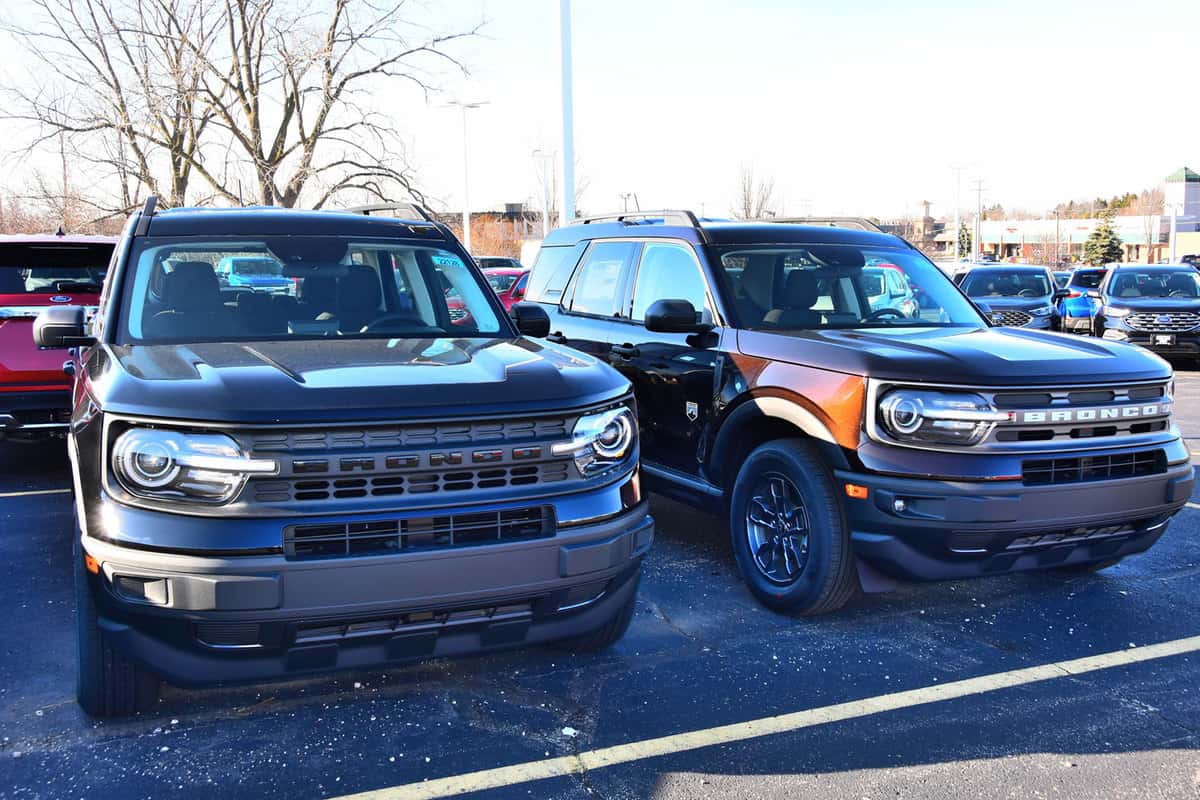 But the Bronco rides again, this time as an off-road SUV. It still possesses some similarities with its old pickup design. However, modern innovations allow this vehicle to let its drivers and passengers enjoy new features like:

The following video will also show you more about the history of the Ford Bronco: 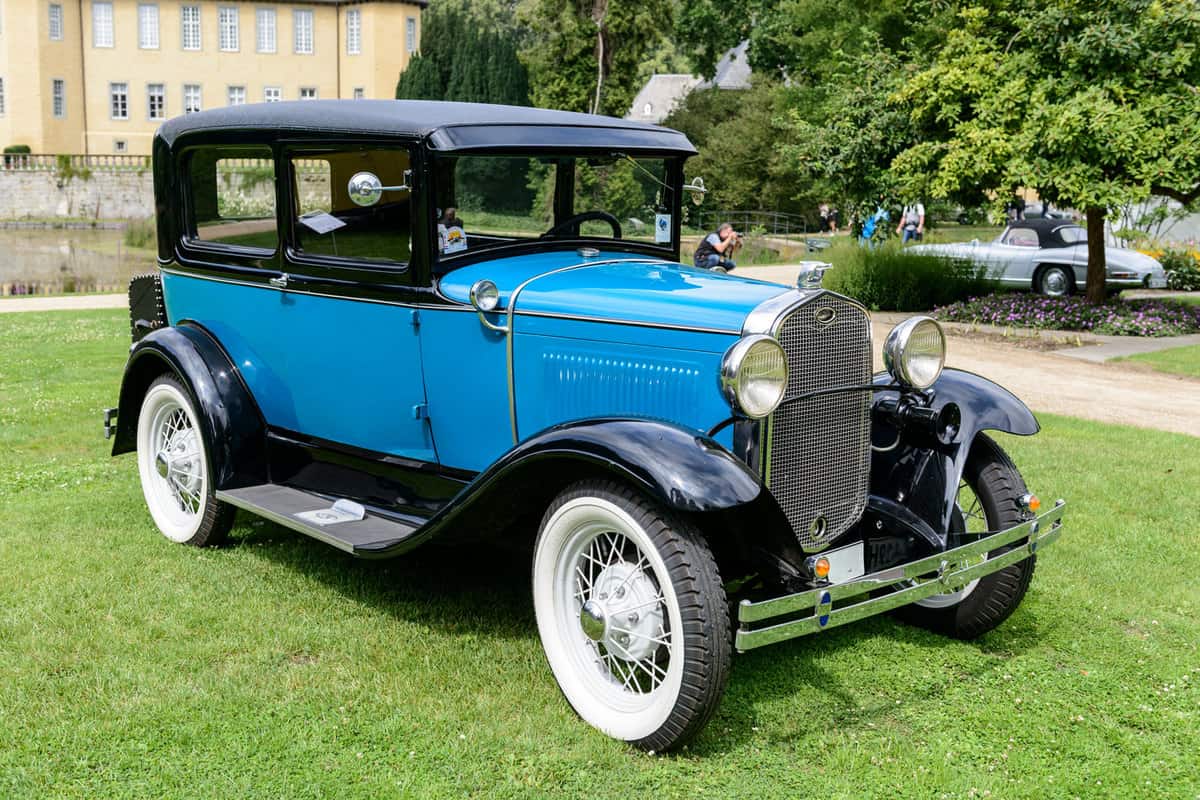 Ford greeted the mid-1920s with the Model A, which used a four-cylinder engine. At that time, enthusiasts admired the small truck’s ability to go up to 65 miles per hour. It even came with a durable windshield and hydraulic shocks.

However, the Ford Model A’s life was relatively short. The automobile’s production journey began in 1926. But it ended with its five-millionth unit in August 1931. 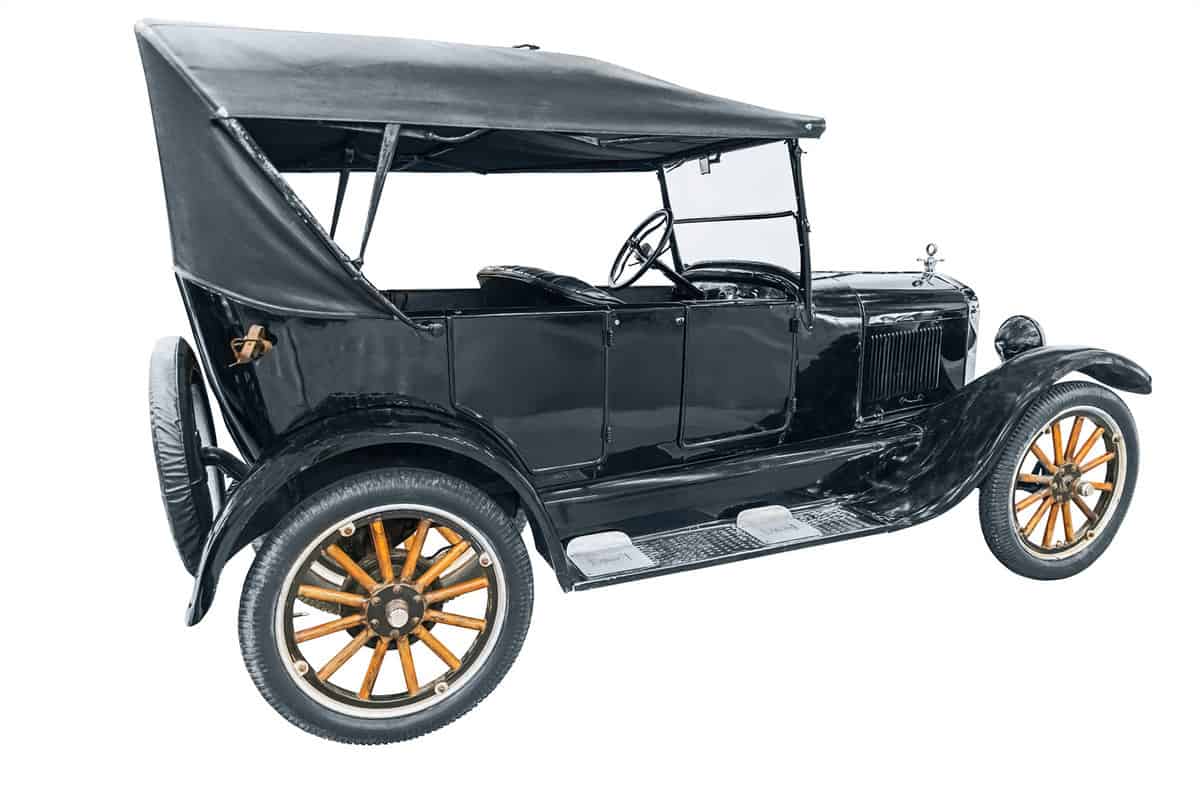 The Ford Model T may not look like the typical truck design often seen today. Instead, this 1908 car looked more like a carriage than a truck. Nonetheless, it offered carrying options for both human and inorganic passengers.

It was also one of Henry Ford’s most famous automobiles sold throughout his company’s history. The Model T sold over 15 million units during its life on the market. But 1927 spelled the end of this car’s end as Ford made and sold the final unit in that year.

What Is The Smallest Ford Truck?

The 2022 Ford Maverick is the smallest truck from the American automobile manufacturer at the time of writing. It’s about seven inches shorter when compared to the typical F-150. Also, the Maverick is approximately 36 inches narrower than that truck.

How Many Types Of Ford Trucks Are There? 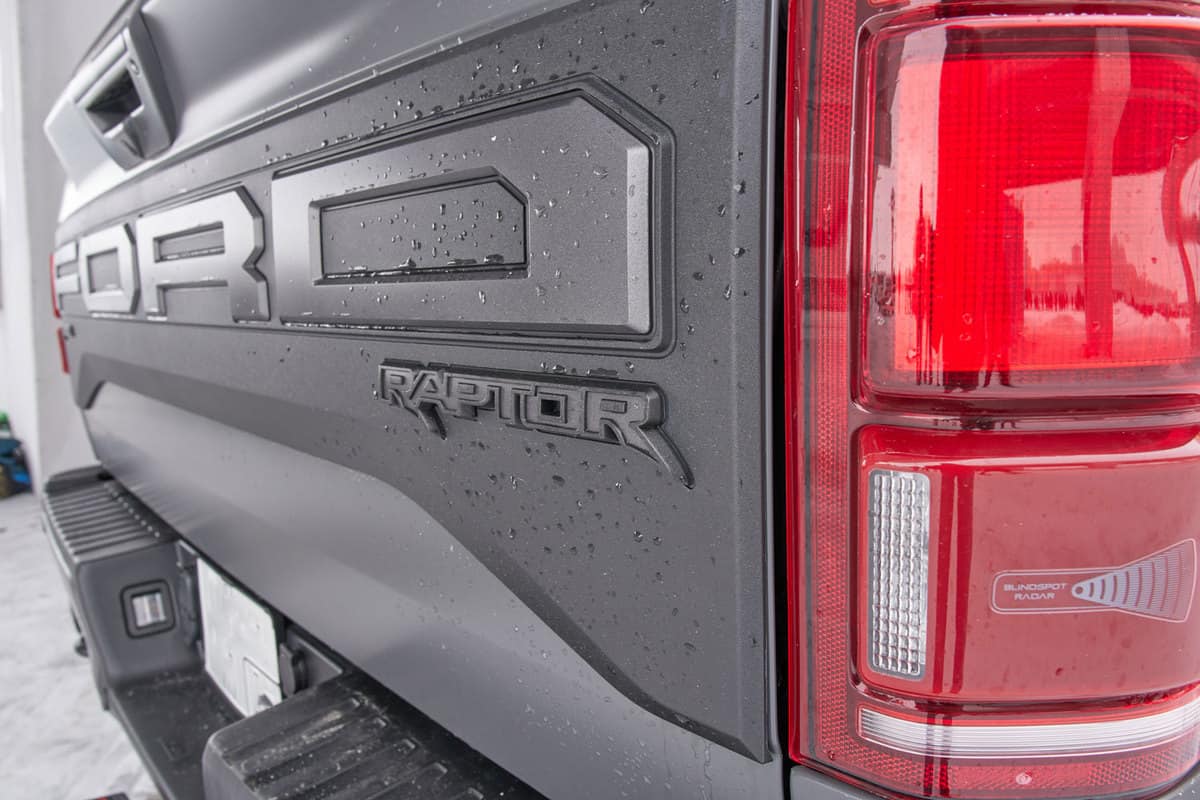 Today, Ford’s different trucks are under different categories, including:

Keep in mind that these models not only differ from their model numbers but also in their features and specifications as well. For example, the standard F-150 has a 13,200-pound maximum towing capacity, while the larger and more powerful F-350 can haul up to 20,000-pound loads.

You can also learn more about the different Ford truck models by reading our post on this subject matter. That post will also help you pick the best Ford truck that should suit your preferences.

Ford makes short bed trucks. One example is the 2021 Ford F-150, which has a short bed version. That vehicle has a 67.1 x 50.6-inch bed (length x width), allowing users to take advantage of about 53 cubic feet of rear storage space.

Short bed variants are also available among different Ford F-150 trim configurations. Interested buyers can purchase short bed F-150s with trims like the XL, XLT, Lariat, and Limited. You can also read our post on the typical length of a Ford F-150 truck to find out more about this car’s specifications.

Some Ford F-150s, along with other trucks from this carmaker, might be more challenging to fit in some garage openings than other vehicles. Keep in mind that this task might not be impossible. However, F-150 drivers may find fitting these trucks into their relatively small garages to be quite the undertaking.

For example, the 2022 Ford F-150 has a width of 79.9 inches (excluding the mirrors). But the average garage door opening is about 96 inches. That means that Ford F-150 users only have about eight inches to move in their garages after parking these vehicles in those spaces.

Certain F-150 XLT models might also have trouble fitting into some garages. Read our post on the meaning of XLT on a Ford truck to learn more about this particular trim. 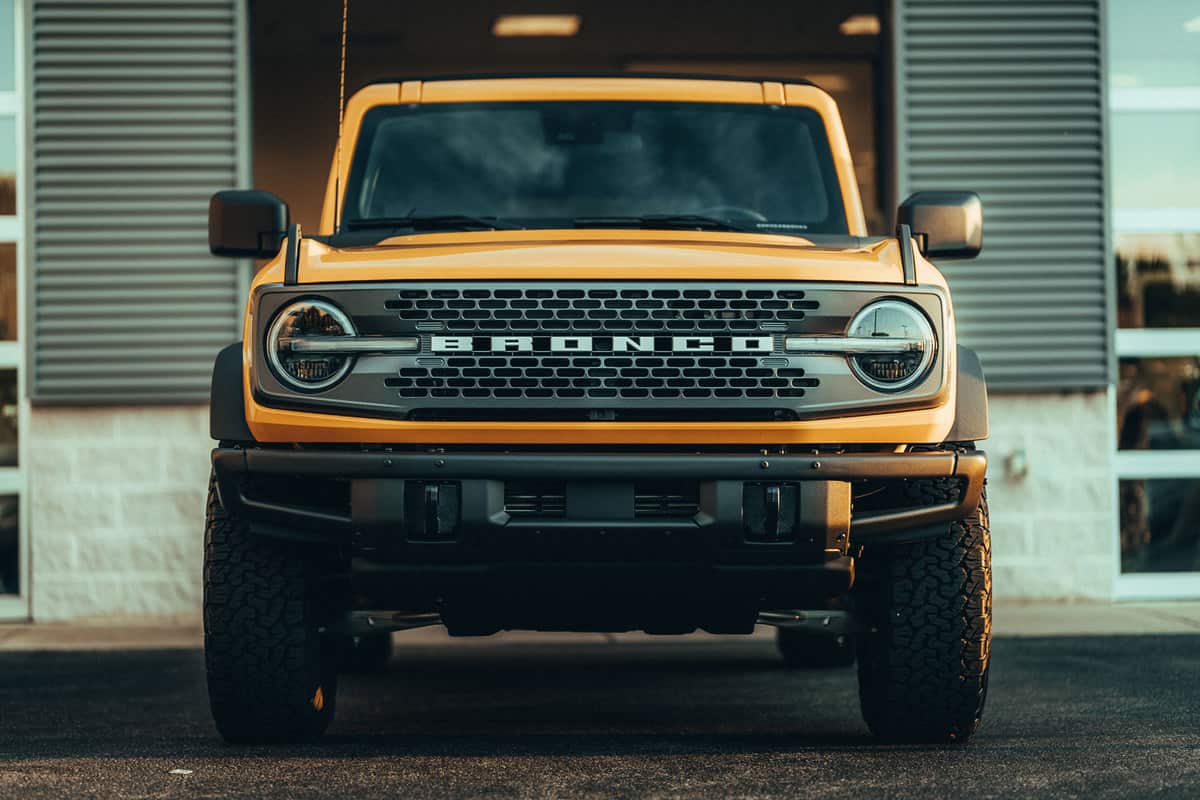 Ford creates different reasonably small trucks throughout its car-making history. Some of these models include the Maverick, Ranger, and Model A. Although Ford decided to halt the production of some of their small trucks, the automobile company continues to offer other similar and perhaps better models over time.