Did you recently notice noise coming from your Toyota RAV4 when you started the engine and wondered what was causing it? Wonder no more, for we have researched this question, and we have the answer for you.

There are several possible reasons why your Toyota RAV4 makes noise when you start it. Here is a list of possible suspects.

Overwhelmed? Don’t be. We simplified each of these possible causes in the succeeding sections to make it easier to understand. 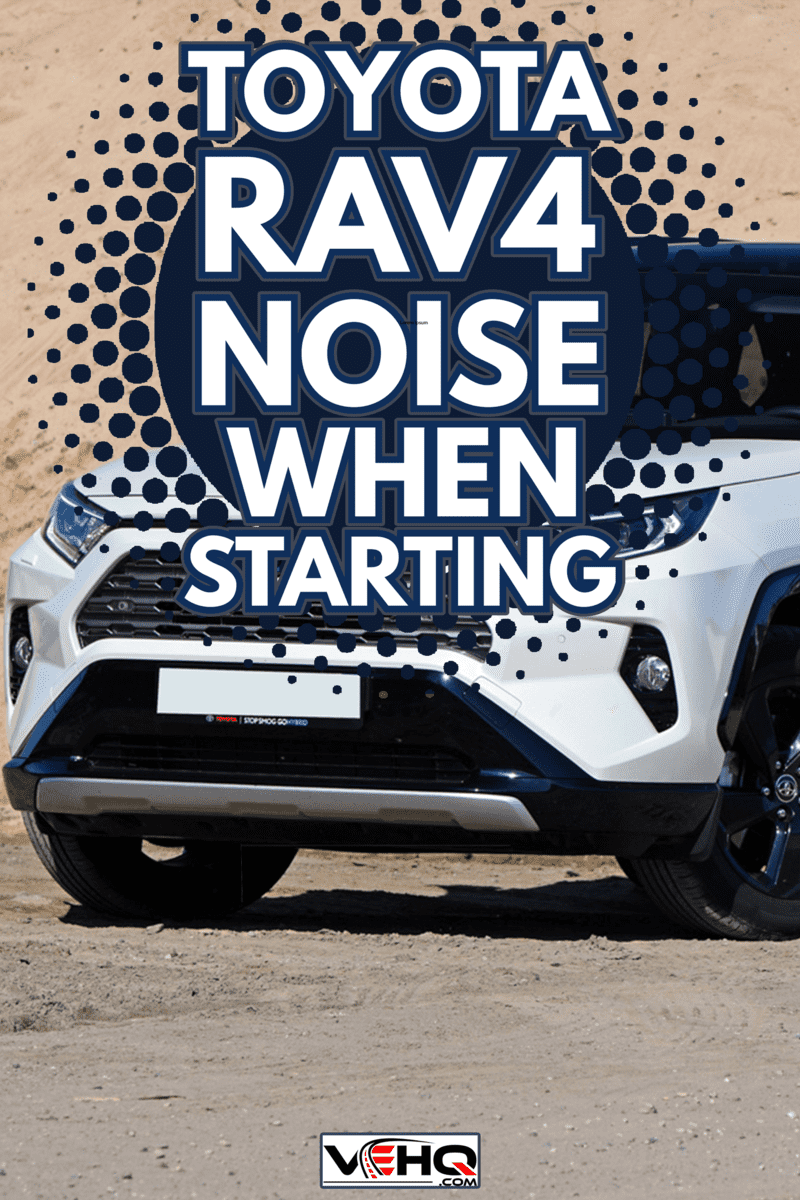 What is a starter motor?

Why a starter motor makes noise? 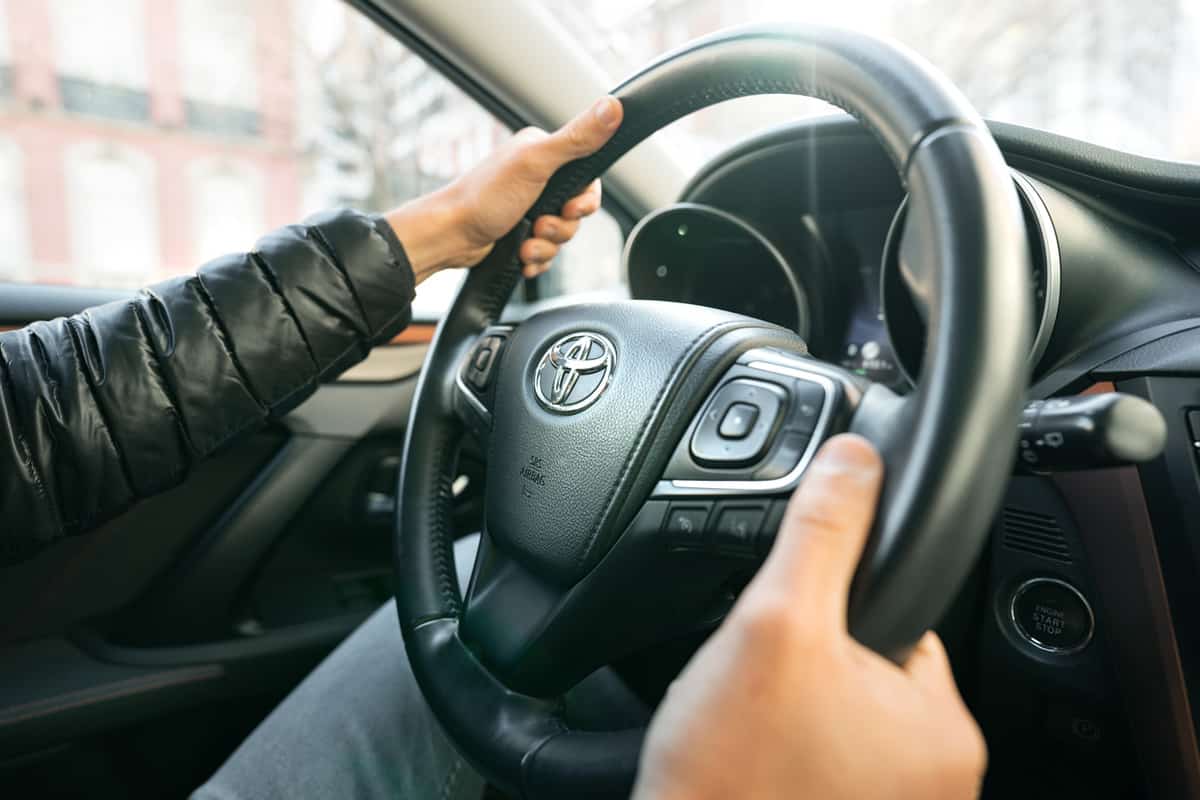 Additionally, there will be a grinding noise when you start your Toyota RAV4 when the starter motor is not aligned with the ring gear on the flywheel. Damaged or missing gear teeth will cause the same grinding noise.

How to fix the grinding issue with the starter motor?

A misaligned starter motor could mean that the lash is too tight or loose. A tight lash unnecessarily loads the gear teeth and causes grinding and early wear. A loose lash can cause the gear to hang up in the ring gear when you start your Toyota RAV4.

To fix this issue, bring your Toyota RAV4 to a service center to get the starter aligned before the misalignment causes damage to the gear teeth.

Unfortunately, a starter with broken gear teeth can only be fixed by replacing it.

What are cold air intake systems?

Cold air intakes are often an assembly of aftermarket parts. Its purpose is to push cool air into a car’s internal-combustion engine.

These systems theoretically increase engine performance by increasing the amount of cool air that the engine consumes. This concept stems from the idea that cooler air has a higher density and thus contains more oxygen for the engine to use compared to warm air.

Why do cold air intake systems make noise during startup?

This noise is normal for cold air intake systems.

What is a serpentine belt? 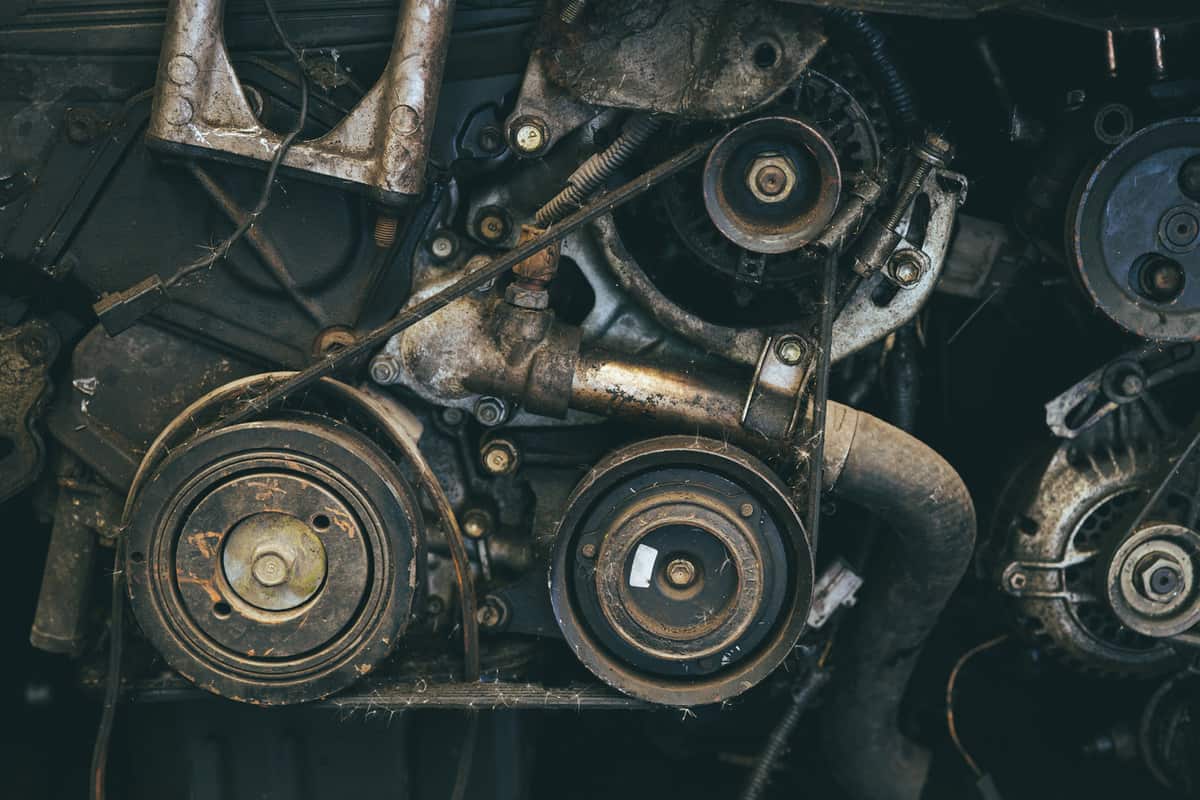 A serpentine belt is responsible for transforming the mechanical energy from the engine to power critical car systems like the alternator, power steering pump, air conditioning compressor, and water pump. The drive belt tensioner maintains the tension of the timing belt.

What causes a serpentine belt to become noisy?

There are several reasons why a serpentine belt would start making noise.

A bad or worn-out drive belt tensioner will cause the serpentine belt to become loose. Once it’s loose, it can rub against the surfaces that it’s not supposed to rub against. This creates the noise that you hear when starting your Toyota RAV4.

The noise that the serpentine belt makes typically goes beyond starting your car. You will hear it too, when you’re already driving your car and accelerating.

A worn-out drive belt tensioner can only be fixed by replacing it. The Syconeer Drive Belt Tensioner Assembly for Toyota RAV4 is available online.

Check it out on Amazon.

Additionally, a worn-out drive belt tensioner can eventually result in a misaligned serpentine belt. Maintaining the tension on the belt is one of the ways to keep it aligned.

To fix a misaligned serpentine belt, push the drive belt tensioner to loosen the serpentine belt and align it on the pulleys that it needs to pass through.

This synthetic rubber is called EPDM.

Serpentine belts made from EPDM can last up to 100,000 miles. Beyond this distance, the ribs of the serpentine belt start to get worn out. Worn out serpentine belt will begin to have poor movement across the components that it passes through and create different noises.

There are serpentine belts that can be tricky to reach even after you’ve loosened the tension. It is best to let a mechanic replace your serpentine belt in these cases.

Check out this Bando quality serpentine belt on Amazon.

A misaligned idler pulley can be adjusted to improve alignment.

What causes impact noise in the engine bay? 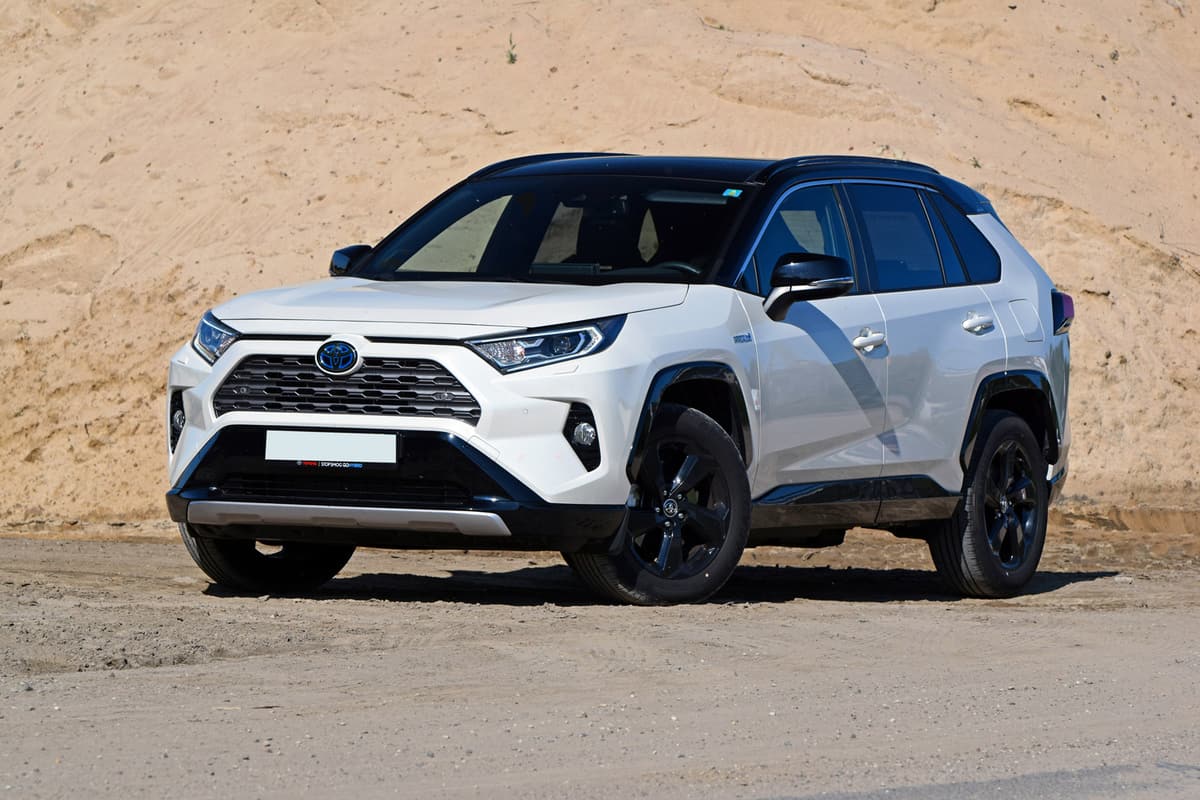 Clunking and banging noise from inside the engine bay of your Toyota RAV4 when you start it could only mean that the engine mounts are failing or have already failed. A worn-out engine mount causes the engine to move around more than usual and hit the other components around it.

Why does my Toyota RAV4 make a whining noise when in gear?

The problem is likely with your transmission when you hear a whining noise whenever your Toyota RAV4 is in gear. Here are some of the causes of a noisy transmission.

Low transmission fluid is the most common culprit for the whining noise in automatic and manual transmissions.

In most cases, simply adding transmission fluid will resolve the issue.

However, if there is a leak and this is why you had a low level of transmission fluid, then the solution would involve finding the leak and fixing it. If you don’t fix the leak, the problem will eventually return once you lose enough transmission fluid once more. 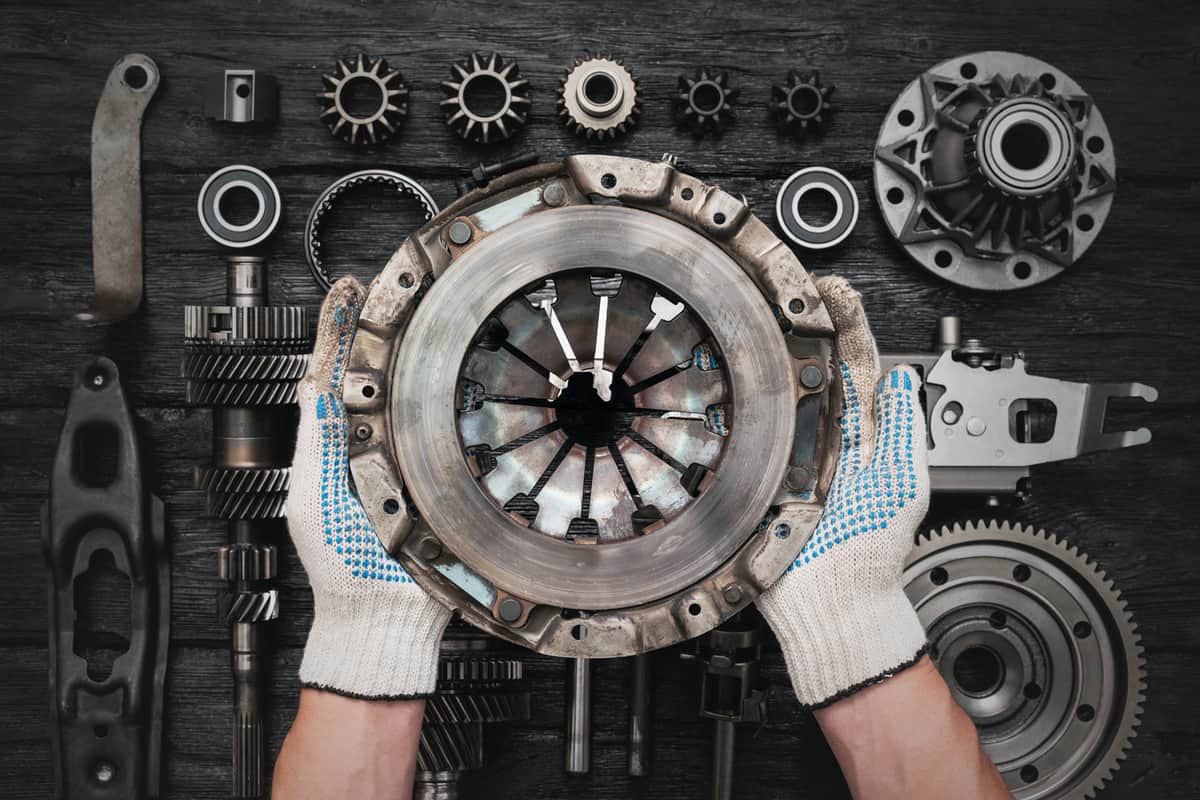 This situation applies only to Toyota RAV4 with manual transmission.

A worn clutch will generate whining, grinding, and other similar noise.

Fixing a worn clutch involves replacing it. It is a complicated and lengthy process that is best left to service centers or mechanics.

This is a bearing that is located inside the transmission housing. It creates a whining sound when it is about to fail. This is a problem with manual transmissions.

A bad or failing input shaft bearing will cause the shaft to start to move too much. This creates problems with the gear shafts going out of alignment.

Another symptom is when you notice that your gear is slipping while driving. This can happen at any speed.

A slipping gear can cause more problems. Thus, it is good to have the input shaft bearing fixed as soon as possible before you experience slipping gear.

Unfortunately, this problem can only be fixed by replacement. 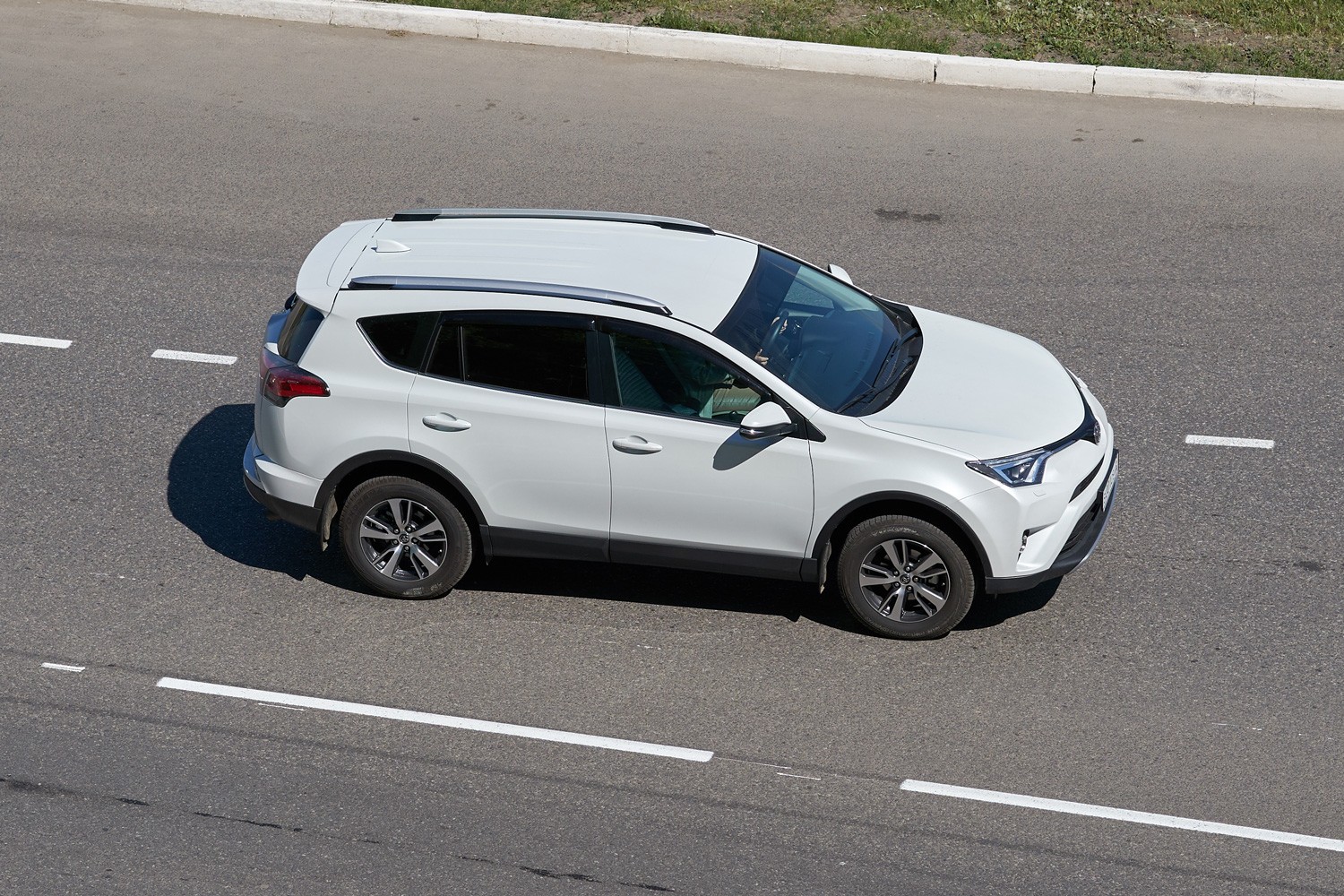 There are several reasons why your Toyota RAV4 would generate strange noises when you start it. Identifying the type of noise and the part that could create that noise will help you know what needs to be fixed or replaced.

What Are The Trim Levels For Toyota Rav4?

How Fast Can A Toyota RAV4 Go?