According to their website, Chrysler takes pride in the fact that the Voyager is the most affordable minivan in America. If you're in the market for a Voyager, you might want to know how much one weighs. The problem is that it's difficult to find an easy answer on the weight or weight limits of a van. Luckily, we've researched all of the weight info on the Chrysler Voyager and have the answer for you here in this post.

The 2021 Chrysler Voyager has a curb weight of 4,330 pounds and a gross vehicle weight rating of 6,055 pounds. These weight measurements are the same for both the Voyager L and LX trims.

That's the basic weight information on the Chrysler Voyager, but you need to know more about this minivan. In the remainder of this post, we will discuss the implications and practicality of the Voyager's weight. We will also examine how the Voyager does against the competition in terms of weight. 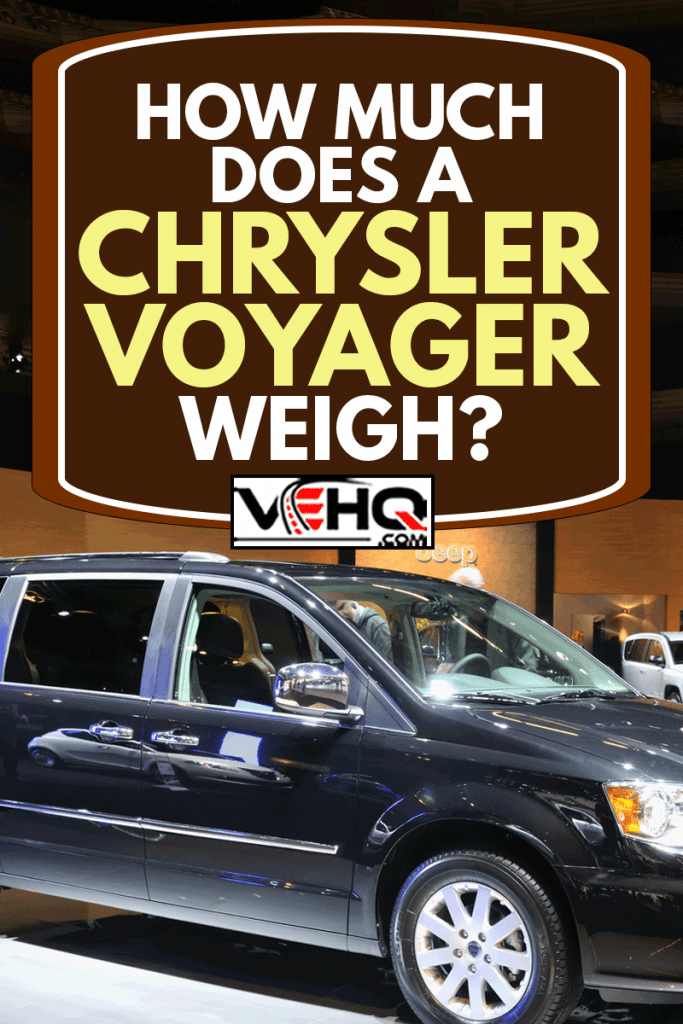 Weight of a Chrysler Voyager

In the paragraph above, we used two different weight measurements - curb weight and gross weight. Let's define both and discuss what's included in each, using the Chrysler Voyager as an example.

First, we'll look at the measurement of Curb Weight, which can be simplified to empty weight. Curb weight includes the vehicle itself and everything that goes into its construction and operation. The measurement includes the weight of the seats, tires, and even a full tank of gasoline, as well as other fluids like oil and windshield cleaner.

However, curb weight does not factor in the potential weight of any passengers or cargo. Those two things are factored into our other measurement. So, the curb weight of the Chrysler Voyager is 4,330 lbs.

The GVWR includes everything that the curb weight counts (frame, fluids, etc.) and potential passengers and cargo weight. The reason it's a rating is that it isn't exactly precise; it's just the estimate that the manufacturer decides is a safe operation threshold.

The GVWR on the Chrysler Voyager is 6,055 lbs. If you load your van to any number above that weight, you risk overloading it.

How Many Passengers does Chrysler Voyager Seat?

Because the GVWR includes the weight of passengers, it will be helpful to know how many people the Voyager can hold. According to the Chrysler Voyager specs page, the minivan has a seating capacity of seven.

There are seven seats with seat belts in the Voyager's impressive 165 cubic feet of passenger volume. You can have that many people plus the amount of cargo it takes to reach the Voyager's GVWR of 6,055 lbs.

What Happens if you Overload a Van?

Loading a van over its GVWR comes with many risks to the structural integrity of the van and the safety of the occupants. The GVWR exists because that's the highest weight the vehicle can operate at safely. When the van is too heavy, operations like braking and turning become more labored. This can cause structural failure or potentially cause you to crash your car.

It's difficult to tell if you're reaching the limits of your GVWR because it's not very easy to weigh a vehicle. Fortunately, there are several ways to tell if your vehicle is approaching overload. If you notice a decrease in handling or difficulties coming to a stop when braking, you may have some overload issues.

Here's a video of someone describing a few of the other warning signs, like tires touching the top of wheel wells:

Where do I Find my Vehicle's Gross Weight?

So, whether or not you have a Chrysler Voyager or any type of van, overloading is something you'll want to avoid. Not all vehicles have the same GVWR, so you must be aware of your rating to stay safe.

There are several places where you can easily find your vehicle's gross vehicle weight rating. The first place you should check is on the inside edge of the driver's side door. There are usually several stickers with information like your VIN, tire pressure guidelines, and weight ratings in this spot.

Second, you can look for your GVWR in your vehicle's handbook if you still have it. These are usually located in the glovebox. Finally, you can check your manufacturer's website for your gross weight or call your local dealership if all else fails.

The Grand Voyager is the longer wheelbase version of the regular Chrysler Voyager. The Chrysler Grand Voyager was only in production in the vehicle's fifth generation, which lasted from 2008 to 2016. So, if you want to buy a Voyager now, the 2021 models are the standard minivan size with the regular wheelbase. Any Grand Voyager you come across will be a used vehicle.

The Grand Voyager is identical to Chrysler Town & Country that occupied the North American market. The Grand Voyager was sold in several overseas markets, often with a diesel engine. Both were discontinued after 2016.

How Much Does a Grand Voyager Weigh?

Which is Bigger, Voyager or Pacifica?

In terms of body size, the Voyager has a length of 203.8 inches, while the Pacifica measures 204.3 inches. The two minivans have an identical width and height of 79.6 inches and 69.9 inches, respectively. Additionally, both vans have an interior passenger volume of 165 cubic feet and seat seven people each.

In all, the Pacifica is slightly longer than the Voyager but is also a little lighter. No matter what, the GVWR is the same along with the interior size. This means that both of these minivans can handle the same amount of weight and probably operate similarly when reaching the limits of their GVWR.

The Voyager and the Pacifica are similar in other ways, such as engine size, power, and fuel economy. The Pacifica has a few premium features which put it above the Voyager in price and luxury. 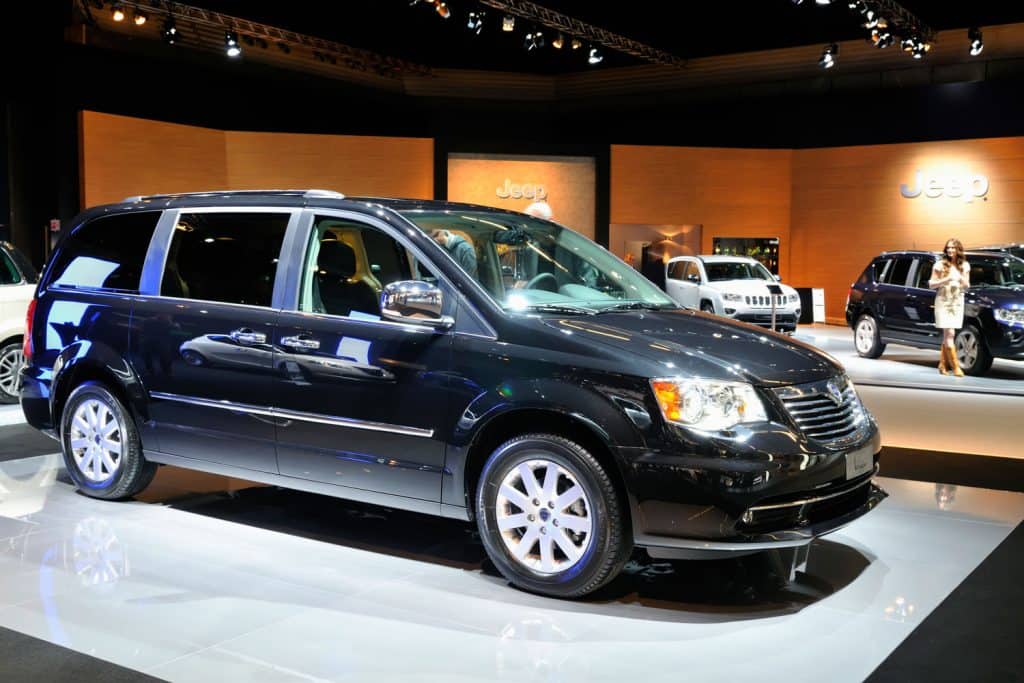 The Chrysler Voyager has a curb weight that is typical for minivans and a GVWR that is respectable. The gross weight of any of the Chrysler vans will be enough to transport plenty of passengers and cargo without putting yourself or the vehicle in danger.

Chrysler has made many minivan models over the years, but the size, quality, and capabilities remain uniform. However, if you want to get a Chrysler in 2021, old models like the Town & Country have been discontinued.

If you found the information in this post useful, please check out a few of our others:

Does Chrysler Pacifica Have A 3rd Row? [Yes! and Here’s What You Need to Know About It]