The weight of your car might not seem like a significant figure compared to the power and torque figures at first glance. The Ford Mustang weighs towards the higher side with its wide body and different engines than other sport coupe cars. However, if you are looking for a vehicle that turns corners on a dime and accelerates effortlessly, you might be wondering what a Ford Mustang weighs.

The curb weight of the Ford Mustang ranges from 3491lbs to 4183lbs according to the trim level, engine configuration, transmission, and form factor. Of course, opting for dual-clutch transmission and a bigger engine would increase the weight of your car. We have mentioned the curb weight for different trims of the available 2021 Ford Mustangs below.

Even though the Ford Mustang has excellent power, weight still greatly influences deciding the vehicle's dynamic behavior. The more a car weighs, the harder it is to get it moving at speed, make it corner in a stable stance at higher speeds, and slow it down. Likewise, it becomes more complicated for a car to accelerate, handle and stop as its weight increases. Continue reading as we discuss more the Ford Mustang and how its weight plays a factor in its overall performance. 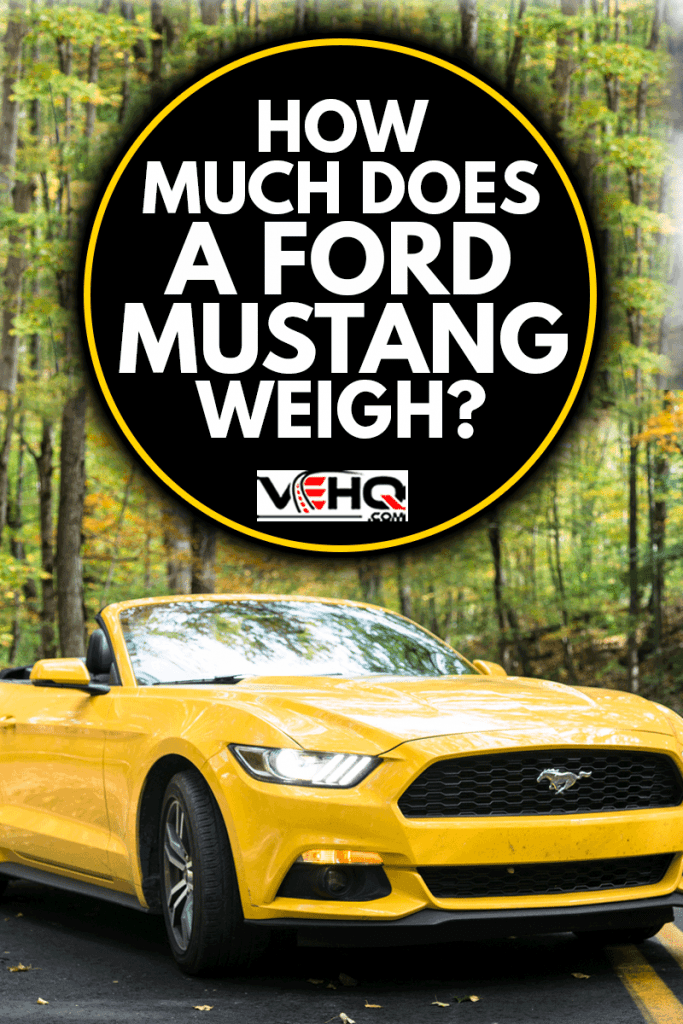 What Is Curb Weight On A Vehicle?

For example, Ford Mustangs have a maximum payload capacity of around 1022-1293 lbs. according to the specific model. So a typical payload on a car with 20 gallons of gas, four passengers, and 250 lbs. of cargo is around 1000 lbs.

How To Reduce Weight On The Ford Mustang 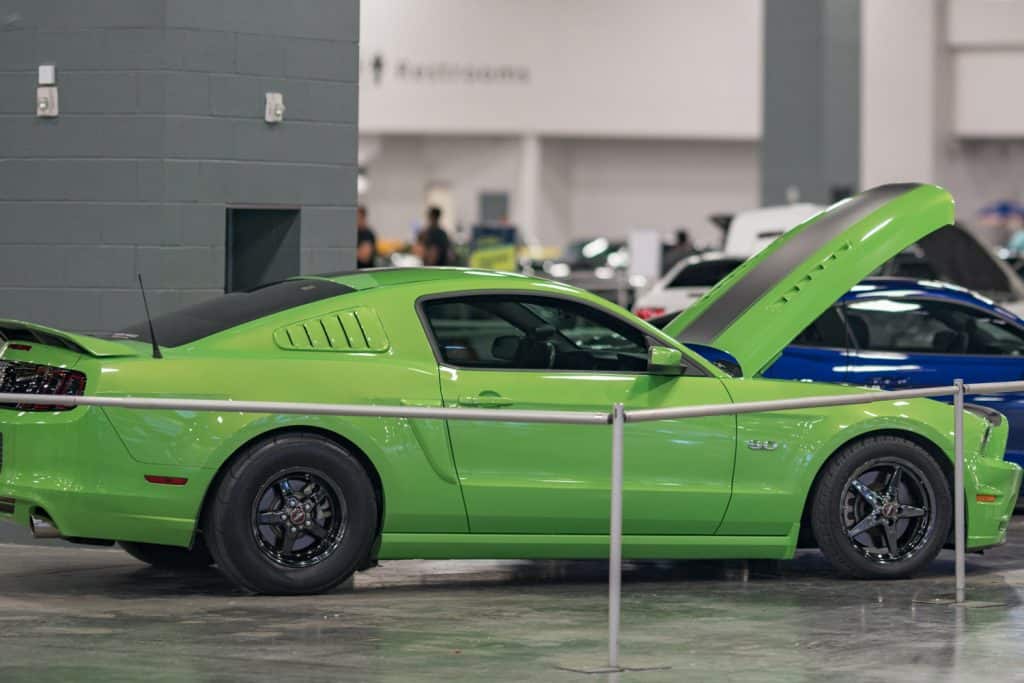 A large American muscle car like the Mustang has a big V8 engine to carry the heavy body. Nonetheless, the vehicle is a blast to drive, but Ford has recently developed a turbocharged Inline 4-cylinder engine for the folks after fuel-efficient gas mileage over raw power.

The Mustangs usually weigh more than other American coupe cars due to their wide-body and heavy V8. However, Ford Mustangs also come with pretty good sound insulation and dampening, and their automatic transmission comes with 10-speed gears as standard, which increases the weight.

Weight reduction reduces the quarter-mile time and increases the car's fuel mileage as it becomes easier for the engine to move the car. Also, keep in mind that the effect will not be as prominent as you won't be able to strip down more than 100-150 pounds of the weight without making it uncomfortable and impractical.

At maximum, you would be able to shave off half a second on the quarter-mile and slightly bump up the fuel mileage. Weight reduction is only recommended if you intend to use your Mustang on track or a drag strip, as it would remove many practical aspects and comfort features from the car.

Do Convertibles Weigh More Than Fastbacks? 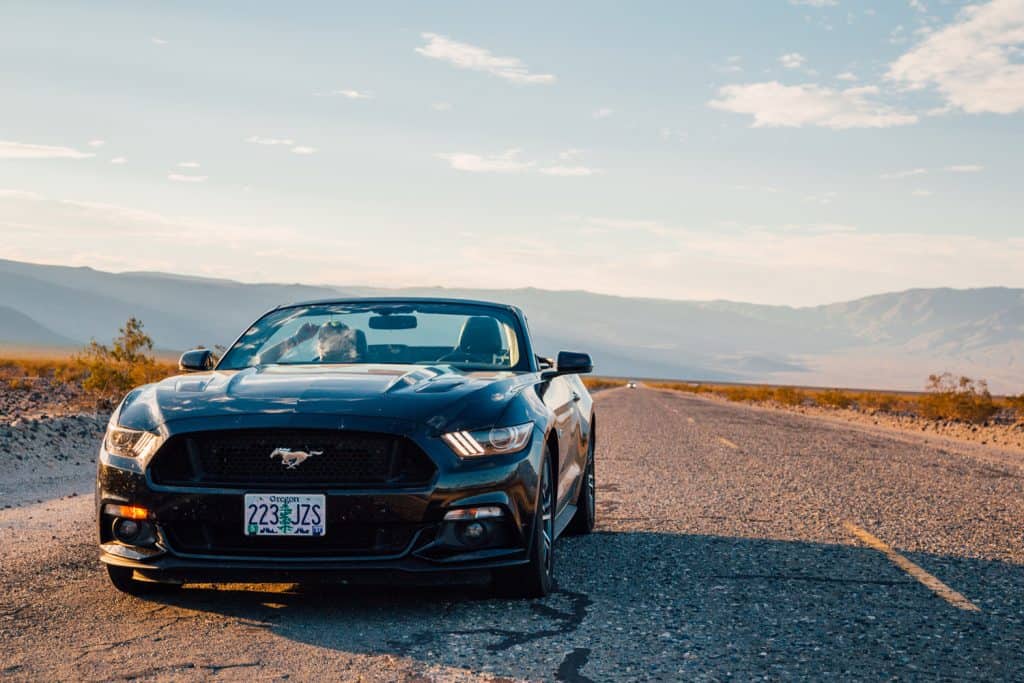 Yes, convertible Mustangs do weigh more than their counter fastback models. A convertible only has the front two pillars to support the car's complete weight if flipped upside down.

Also, adding more weight at such a height (pillars) introduces more body roll in the vehicle than its fastback counter. So, if you are after performance and agility, the convertible option might not be for you.

What Is The Lightest Ford Mustang Model?

The lightest Ford Mustang was the 1979 Coupe with a curb weight of 2515 pounds. Older Mustangs had the opportunity to be lighter as fewer safety regulations and lesser safety equipment were carried on the car.

As of now, cars have engineering with enough strength that the cabin compartment should remain intact even in the most dangerous road accidents. And do have to carry safety equipment like airbags, abs, etc., which leads to weight gain.

Although weight reduction techniques have been a part of the new cars with advancements in technology, they still weigh quite more due to added comfort and safety features and electronics. As a result, the lightest current Mustang you can get weighs around 3491 lbs curb weight.

Is Ford Mustang Manual Or Automatic? 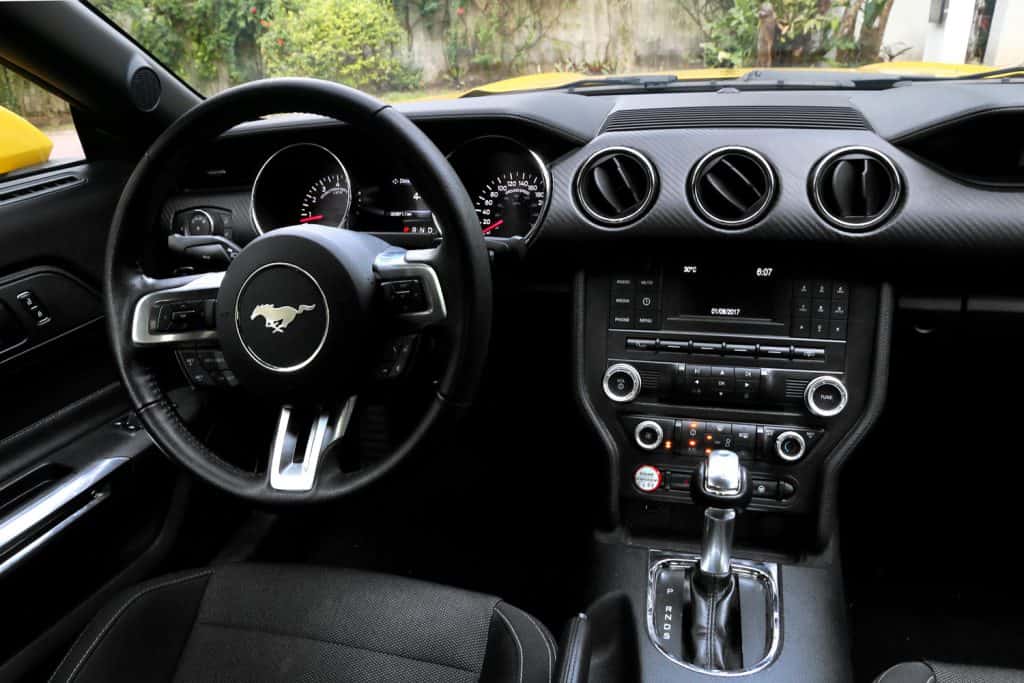 Ford Mustangs come in automatic and manual transmission in most trim levels, except the top-of-the-line Shelby GT 500. Most Mustangs can either come with a 6-speed manual or a 10-speed Automatic.

The 10-speed automatic transmission does a great job of keeping the engine in the powerband in most of the scenarios. In addition, the top-of-the-line Shelby GT500 comes with a 7-speed Dual Clutch Transmission (DCT), transmitting the torque from the supercharged V8 to the axles.

These torque converters transmit power through the transmission fluid propelled by a pump, and it drives the turbine, which connects to the output. All this machinery replacing by a simple series of discs called clutch plates in manual transmission. 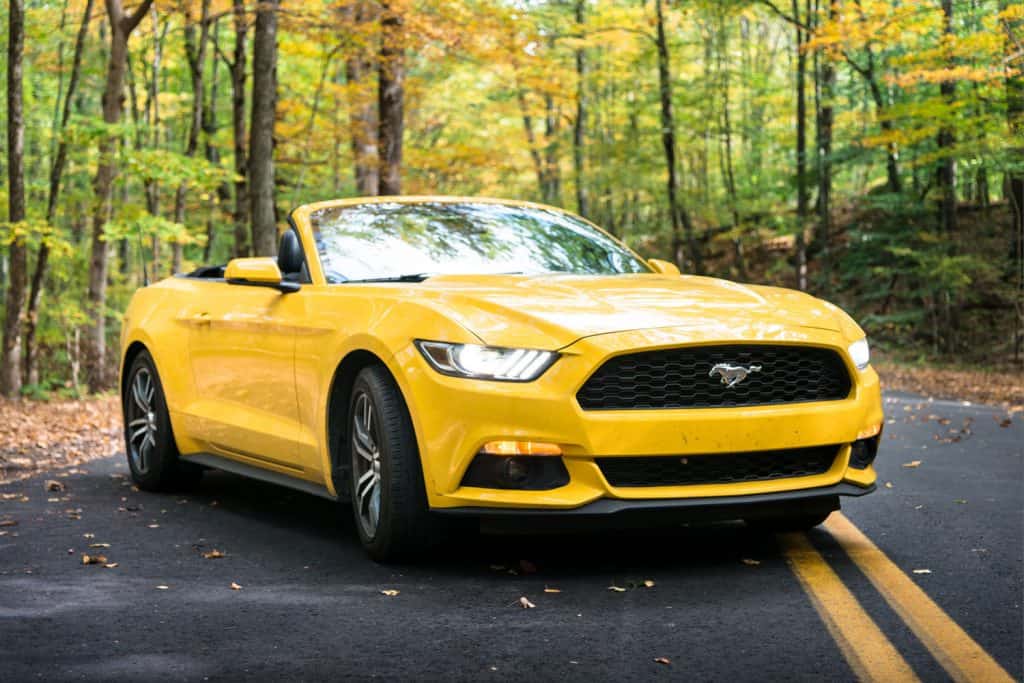 The Ford Mustang is an American muscle car on the heavier side because it was designed only to have a big V8 engine. Due to their weight, Ford Mustangs are known for providing poor fuel mileage and also are not very agile on the corners. However, it does a great job in being what it is, a prominent American muscle coupe car that is fun to drive, comfortable, fast in straight lines, and trustworthy.

How To Reset A Battery Light On Ford Mustang?

We would love to hear from you, so please, leave us a comment below!