Skip to Content
It can be frustrating when you've fixed a part on your car, but the warning light doesn't go away. It just sits there, mocking you. But you've taken care of the problem! You bought and put in a new battery, problem solved! So how do you reset the battery light on a Ford Mustang, and make it go away? We're here to help you with this issue.
It's important, first of all, the be sure that you actually have taken care of the problem. Just because you replaced the battery does not mean that your car is fixed. In fact, the battery light indicates that there is a problem somewhere in the charging system. It may not be the battery that needed to be replaced. Typically, the light will go off on its own - if it's still on, you still have a problem. However, if you're certain that isn't the case, you can try removing the negative battery cable for 15 minutes. This will remove the power and essentially reset the car and codes.
Read more to learn what else might be causing your light to stay on. We'll tell you what the parts are in the charging system, and what you should check first. This article covers how to test and rule each piece out, to determine where the issue really is. Then we'll cover the cost of other fixes, and why you should never put off taking care of a battery light. 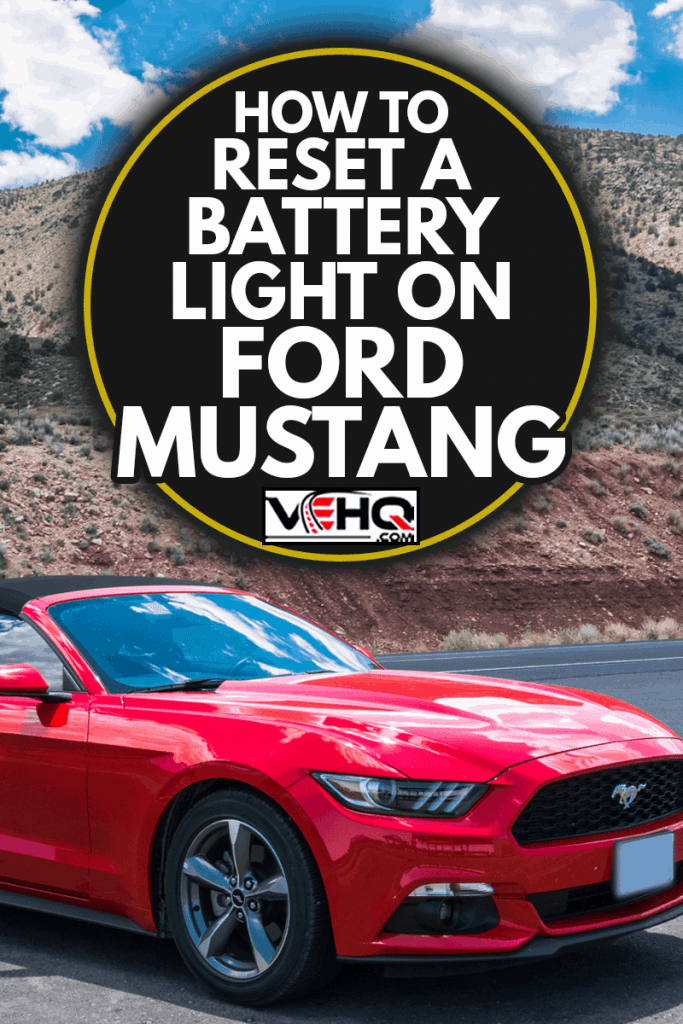 Why Is My Battery Light On In My Mustang?

The battery light can indicate a problem with the battery, alternator, or other parts of the charging system. You may want to do a quick search for the year of your car along with alternator problems. Certain years of Mustangs are notorious for having alternators go bad, especially if you drive at high RPMs.

If you're absolutely certain that you've checked everything, you can try to "reset" the car by pulling out the negative battery cable. Let the car sit, disconnected, for at least 15 minutes. Just note that if you have anti-theft passwords or codes, like for a radio, you'll need your code to get back into the radio after this.

In this Youtube video, he models it slightly differently by unplugging the battery entirely. Either can work.

You may also want to check over the wires and connections to the battery and alternator. If something is loose or corroded, your car might not be charging well.

What Does Check Charging System Mean On A Ford Mustang?

So, to avoid the confusion caused by that battery light that isn't really about your battery at all, some cars have a "check charging system" warning instead. It's more accurate to the problem. Something in the charging system is preventing your battery from recharging.

The first step, according to Champion Auto Parts, is often checking the voltage from the alternator. If it's weak, it's probably your problem. Check your battery strength as well. If both of those things check out, you can examine the drive belt for signs that it's faulty.

Similarly, check over the wires and connections to the battery and alternator. Something may be loose, corroded, or burned out. As a last result, if everything else checks out, you may need to look at the computer system. The car itself might be fine, and the computer is simply putting out the wrong warnings for some reason. 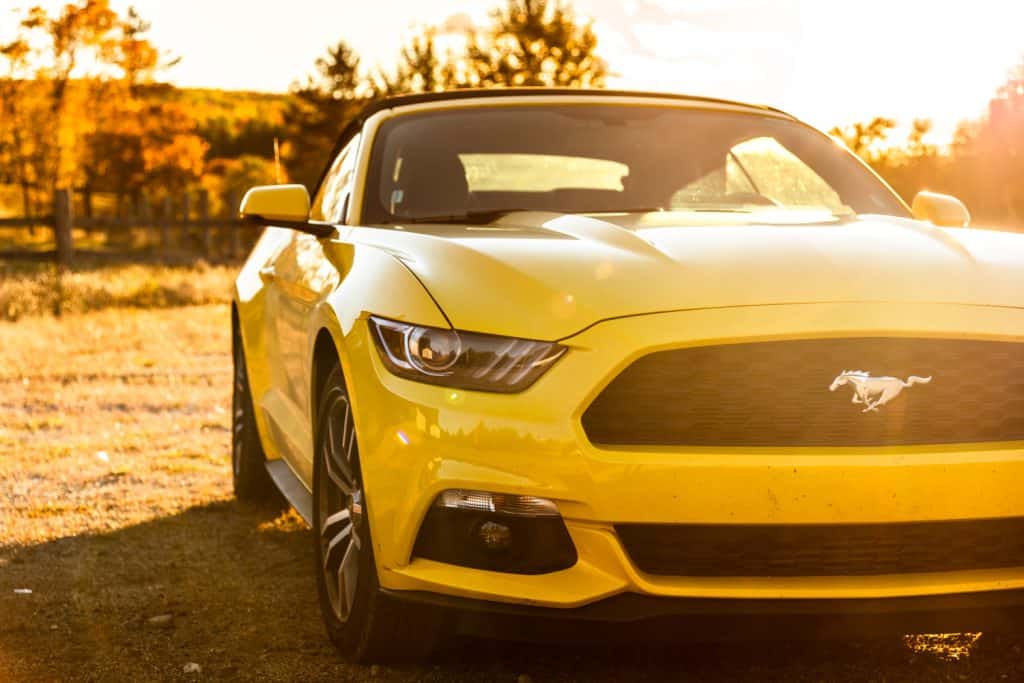 How To Tell If My Battery Or Alternator Are Weak?

With the engine off, attach a voltage meter to the (charged) battery. If you don't have one, something like this would work:

Make sure to match the positive lead to the positive terminal on the battery, and the same for the negatives. Also, the meter should be set to read in DC volts.

The battery should read between 12.5-12.65 volts. If you're getting low results here, the problem may be the battery. Then, start the engine. Turn nothing else on. Now, with the alternator working, you should be seeing at least 13 volts.

Now, make the alternator work a little harder! Turn everything on - headlights, radio, the AC, really try to drain the battery. A good alternator should be able to keep up with this. If the voltage begins to drop, the alternator is the problem. If the battery was low to begin (never reaching 12 volts from the start), it's no longer holding a charge.

Similarly, your alternator can also be faulty and over-charging, which will eventually ruin the battery as well. If you're seeing high voltage, above 15, when the car is idling, you have a different problem. In this case, you should have a mechanic see the car. There's possibly more than just the alternator to fix, as this could involve the regulator, bad wiring, or more. Let a professional sort it out.

Why Is My Battery Light Still On After Replacing The Battery? 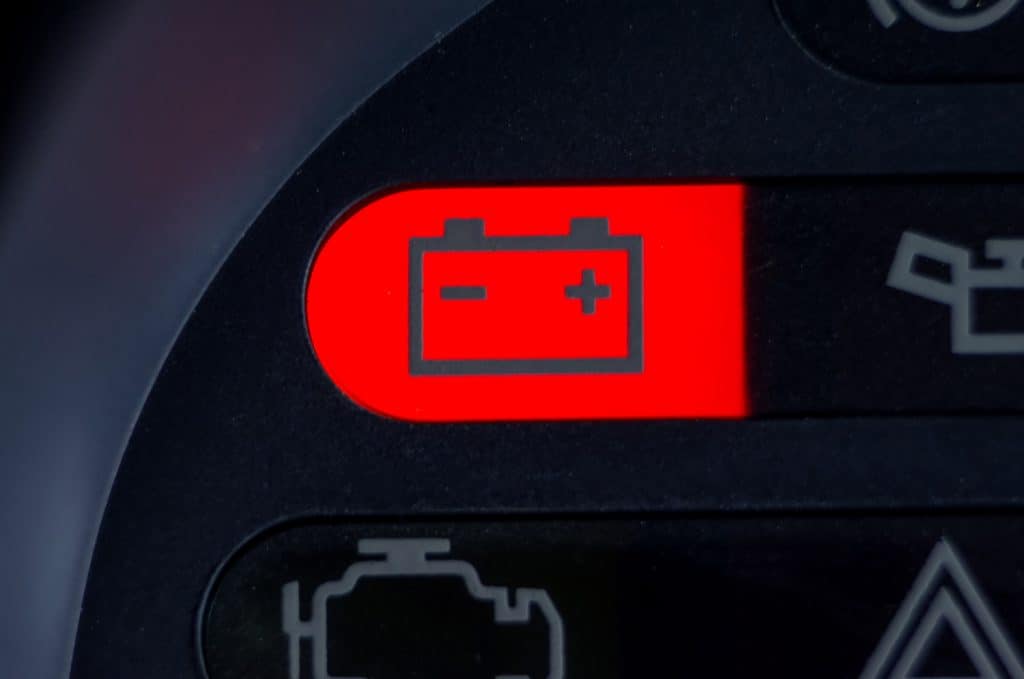 The battery light indicates a problem with the whole charging system for the battery. This doesn't necessarily mean the battery itself. If you've already replaced the battery, chances are it's actually the alternator. See above for how to test the voltage of your battery and alternator.

How Much Is An Alternator For A Ford Mustang?

According to RepairPal, the average price to replace an alternator in a Ford Mustang is around $450. The part itself is $386. This, of course, can vary some with your specific model. You might also be able to find the part cheaper yourself. The cost for labor averages around $50-$75.

Can You Drive Your Car With The Battery Light On? 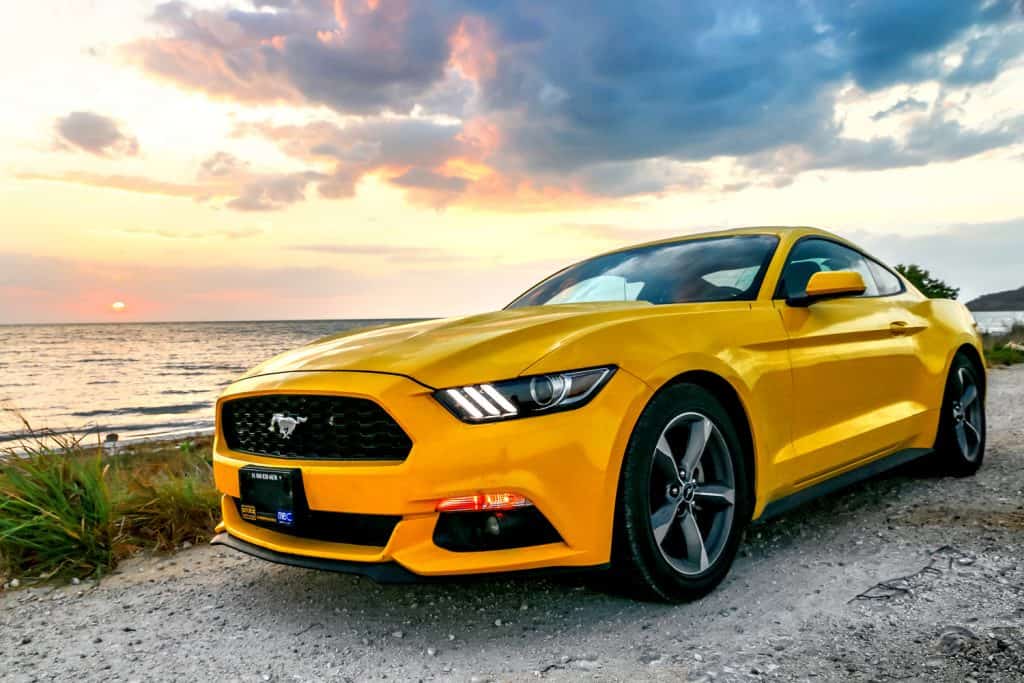 The battery light coming on is fairly serious, in most cases. Of course, if you notice it flick on and off when you start the car, that's probably nothing. Many cars do that every time.

Your car is running off whatever power is stored in the battery. When it's gone, it's gone. This means you need to get off the road and back home before you run out of juice. According to Autozone, your battery has, roughly, 30 minutes to an hour before it stops working. This will vary some, depending on your car and battery. Turn off everything that isn't essential and drains the battery - AC, fans, or the radio, for example. If your battery runs out in the middle of the road 10 miles from town - well, you're stuck there now.

And whatever you do, don't turn your car off until you're safely parked at home. Chances are, it won't restart unless you have the means to jump it. Even if you can jump the car, it's not a good idea to do it any more than necessary. People who avoid fixing the issue (generally the alternator) just make it worse. Don't think you can continue to drive with the light on, just jumping your car battery every time. The alternator is still bad, and now the wear and tear on the battery leave that shot that as well. You're stuck fixing two parts, instead of one, and spending more money. 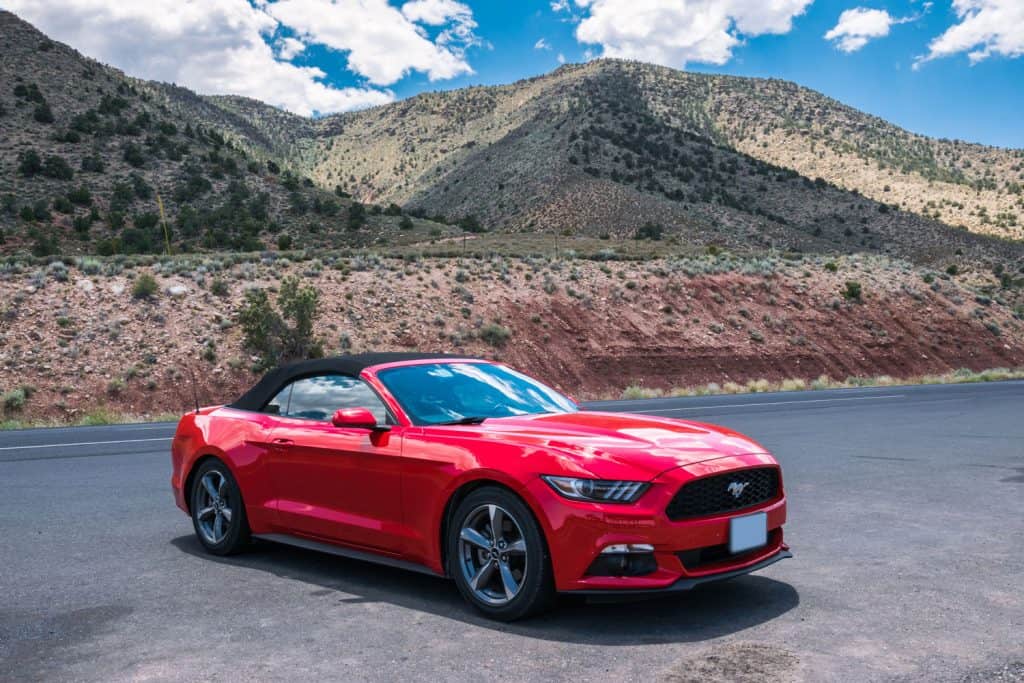 If your battery light just won't turn off, chances are that you still have a problem with your charging system. There is more than just the battery involved - in most cases, it's actually the alternator. Test the voltage of both the battery and alternator, making sure that they are working.

You also need to make sure that the alternator isn't faulty and over-charging the battery - too much power can cause other problems. If this is the case, see a mechanic. Check wires and connections also, to make sure that the alternator can charge the battery as intended. If everything is fine, reset the light by unplugging the negative battery cable for 15 minutes. If the light returns, see a mechanic - your computer may be faulty.

Hope you enjoyed this article! You should also consider the following:

How Long Does A Ford Mustang Last?
Click here to cancel reply.